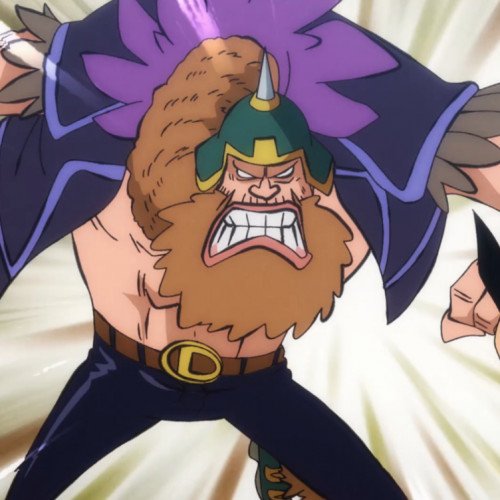 Dachoman is a very large man with a long and feathery ostrich-like neck. He wears a spiked helmet and has a scruffy brown beard. He also wears an open short-sleeved and dark-colored leather shirt with shoulder pads and a pair of leather pants. In his debut scene in the anime, his design more closely resembles that of him in the manga. However, in his fight scene with Luffy, his design is somewhat changed, such as how his helmet only having one spike at the top or how he is missing shoulder pads. Dachoman ate an Ostrich-type SMILE, which permanently gave him the physical attributes of an ostrich. It is unknown exactly how his fruit aids his combat ability. 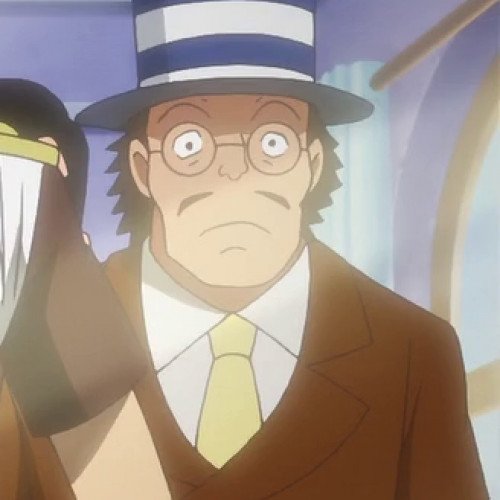 Daddy Dee is a tan-skinned man with brown hair and a thin, two-piece mustache. He wears a blue and white striped top hat, a blue double breasted suit, and a pair of circular glasses. He also wears a brown scarf underneath his suit.[3] In the anime, Daddy Dee wore a brown double breasted suit instead of a blue one. Furthermore, although the he is still seen wearing the blue and white striped hat, he also was seen wearing a white dress shirt with a yellow tie underneath, of which was not shown in the manga.[4] Furthermore, in his initial anime appearance, he had a more triangular head and was given a goatee, as well as thick, spiral glasses. However, he still wore a blue and white spiral top hat.