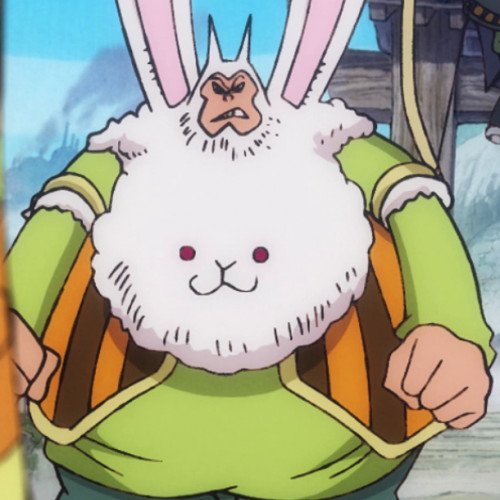 Rabbitman is a large man. Due to him eating a SMILE, he grew a rabbit face on his chin, with the rabbit's head doubling as his beard, rabbit ears framing his face from both sides, and a large rabbit tail on his back. His hair is shaped like horns worn by most Gifters. He wears a light green shirt, green pants, a brown and orange vest, and brown boots. 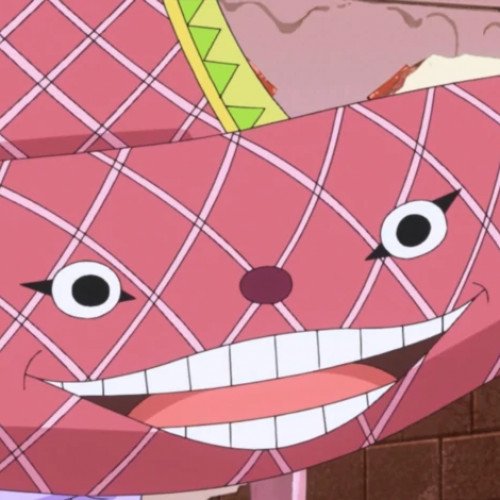 Rabiyan is a striped carpet with black points on its edges. It has a human face near its front. Rabiyan is capable of flying and carrying people on top of it while doing so.[1] It is capable of going extremely fast.