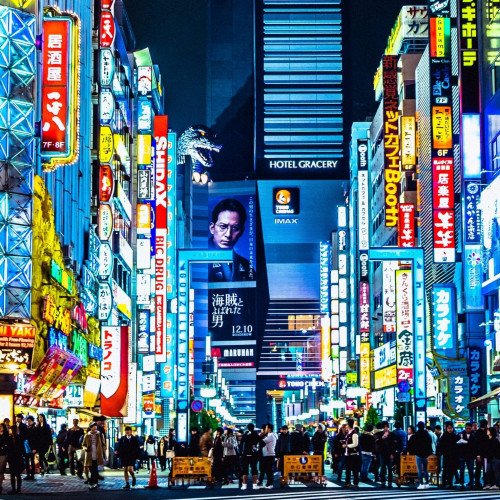 Japan (Japanese: 日本, Nippon [ɲippoꜜɴ] (listen) or Nihon [ɲihoꜜɴ] (listen)) is an island country in East Asia, located in the northwest Pacific Ocean. It is bordered on the west by the Sea of Japan, and extends from the Sea of Okhotsk in the north toward the East China Sea and Taiwan in the south. Part of the Ring of Fire, Japan spans an archipelago of 6852 islands covering 377,975 square kilometers (145,937 sq mi); the five main islands are Hokkaido, Honshu, Shikoku, Kyushu, and Okinawa. Tokyo is Japan's capital and largest city; other major cities include Yokohama, Osaka, Nagoya, Sapporo, Fukuoka, Kobe, and Kyoto. Japan is the eleventh-most populous country in the world, as well as one of the most densely populated and urbanized. About three-fourths of the country's terrain is mountainous, concentrating its population of 125.62 million on narrow coastal plains. Japan is divided into 47 administrative prefectures and eight traditional regions. The Greater Tokyo Area is the most populous metropolitan area in the world, with more than 37.4 million residents. Japan has been inhabited since the Upper Paleolithic period (30,000 BC), though the first mentions of the archipelago appear in Chinese chronicles from the 1st century AD. Between the 4th and 9th centuries, the kingdoms of Japan became unified under an emperor and his imperial court based in Heian-kyō. Beginning in the 12th century, political power was held by a series of military dictators (shōgun) and feudal lords (daimyō), and enforced by a class of warrior nobility (samurai). After a century-long period of civil war, the country was reunified in 1603 under the Tokugawa shogunate, which enacted an isolationist foreign policy. In 1854, a United States fleet forced Japan to open trade to the West, which led to the end of the shogunate and the restoration of imperial power in 1868. In the Meiji period, the Empire of Japan adopted a Western-styled constitution and pursued a program of industrialization and modernization. In 1937, Japan invaded China; in 1941, it entered World War II as an Axis power. After suffering defeat in the Pacific War and two atomic bombings, Japan surrendered in 1945 and came under a seven-year Allied occupation, during which it adopted a new constitution. Since 1947, Japan has maintained a unitary parliamentary constitutional monarchy with a bicameral legislature, the National Diet. Japan is a great power and a member of numerous international organizations, including the United Nations (since 1956), the OECD, and the Group of Seven. Although it has renounced its right to declare war, the country maintains Self-Defense Forces that are ranked as the world's fourth-most powerful military. After World War II, Japan experienced high economic growth, becoming the second-largest economy in the world by 1990 before being surpassed by China in 2010. Despite stagnant growth since the Lost Decade, the country's economy remains the third-largest by nominal GDP and the fourth-largest by PPP. A leader in the automotive and electronics industries, Japan has made significant contributions to science and technology. Ranked the second-highest country on the Human Development Index in Asia after Singapore, Japan has the world's second-highest life expectancy, though it is experiencing a decline in population. The culture of Japan is well known around the world, including its art, cuisine, music, and popular culture, which encompasses prominent animation and video game industries. 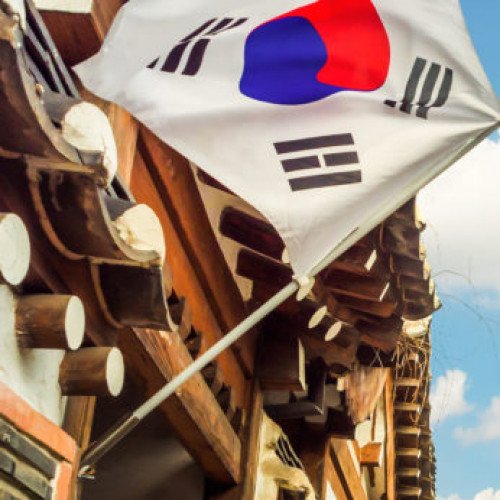 Korea (or Korean Peninsula) is a region in East Asia. Since 1945 it has been divided into two sovereign states: North Korea (officially the "Democratic People's Republic of Korea") and South Korea (officially the "Republic of Korea"). Korea consists of the Korean Peninsula, Jeju Island, and several minor islands near the peninsula. It is bordered by China to the northwest and Russia to the northeast. It is separated from Japan to the east by the Korea Strait and the Sea of Japan (East Sea). During the first half of the 1st millennium, Korea was divided between the three competing states of Goguryeo, Baekje, and Silla, together known as the Three Kingdoms of Korea. In the second half of the 1st millennium, Silla defeated and conquered Baekje and Goguryeo, leading to the "Unified Silla" period. Meanwhile, Balhae formed in the north, superseding former Goguryeo. Unified Silla eventually collapsed into three separate states due to civil war, ushering in the Later Three Kingdoms. Toward the end of the 1st millennium, Goguryeo was resurrected as Goryeo, which defeated the two other states and unified the Korean Peninsula as a single sovereign state. Around the same time, Balhae collapsed and its last crown prince fled south to Goryeo. Goryeo (also spelled as Koryŏ), whose name developed into the modern exonym "Korea", was a highly cultured state that created the world's first metal movable type in 1234. However, multiple incursions by the Mongol Empire during the 13th century greatly weakened the nation, which eventually agreed to become a vassal state after decades of fighting. Following military resistance under King Gongmin that ended Mongol political influence in Goryeo, severe political strife followed, and Goryeo eventually fell to a coup led by General Yi Seong-gye, who established Joseon in 17 July 1392. The first 200 years of the Joseon era were marked by relative peace. During this period, the Korean alphabet was created by Sejong the Great in the 15th century and there was increasing influence of Confucianism. During the later part of the dynasty, Korea's isolationist policy earned it the Western nickname of the "Hermit Kingdom". By the late 19th century, the country became the object of imperial design by the Empire of Japan. After the First Sino-Japanese War, despite the Korean Empire's effort to modernize, the country was annexed by Japan in 1910 and ruled by it until the end of World War II in August 1945. In 1945, the Soviet Union and the United States agreed on the surrender of Japanese forces in Korea in the aftermath of World War II, leaving Korea partitioned along the 38th parallel. The North was under Soviet occupation and the South under U.S. occupation. These circumstances became the basis for the division of Korea by the two superpowers with two different ideologies, exacerbated by their inability to agree on the terms of Korean independence. The Communist-inspired government in the North received backing from the Soviet Union in opposition to the pro-Western government in the South, leading to Korea's division into two political entities in 1948: North Korea, and South Korea. Tensions between the two resulted in the outbreak of the Korean War in 1950. With involvement by foreign troops, the war ended in a stalemate in 1953, but without a formalized peace treaty. This status contributes to the high tensions that continue to divide the peninsula. Both governments of the two Koreas continue to claim to be the sole legitimate government of this region.