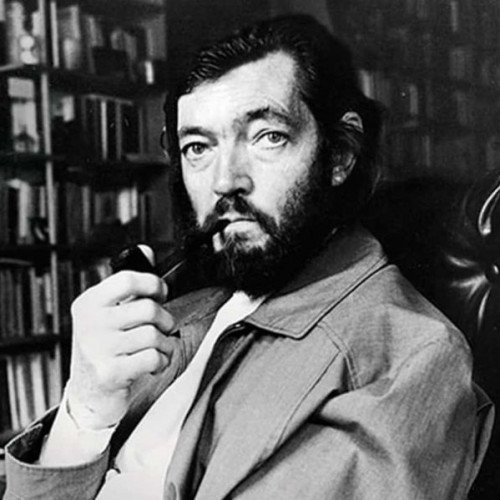 Julio Cortázar, born Julio Florencio Cortázar[1] American Spanish: [ˈxuljo korˈtasar] (About this soundlisten); (26 August 1914 – 12 February 1984) was an Argentine novelist, short story writer, and essayist. Known as one of the founders of the Latin American Boom, Cortázar influenced an entire generation of Spanish-speaking readers and writers in America and Europe. He is considered one of the most innovative and original authors of his time, a master of history, poetic prose and short story in general and a creator of important novels that inaugurated a new way of making literature in the Hispanic world by breaking the classical moulds through narratives that escaped temporal linearity. As the content of his work travels on the border between the real and the fantastic, it is often placed within the genres of magical realism and surrealism.[2][3] He lived his childhood and adolescence and incipient maturity in Argentina and, after the 1950s, in Europe. He lived in Italy, Spain, Switzerland and France, where he settled in 1951 and composed some of his works. Julio Cortázar was born on 26 August 1914, in Ixelles,[5] a municipality of Brussels, Belgium. According to biographer Miguel Herráez, his parents, Julio José Cortázar and María Herminia Descotte, were Argentine citizens, and his father was attached to the Argentine diplomatic service in Belgium.[6] At the time of Cortázar's birth, Belgium was occupied by the German troops of Kaiser Wilhelm II. After German troops arrived in Belgium, Cortázar and his family moved to Zürich where María Herminia's parents, Victoria Gabel and Louis Descotte (a French National), were waiting in neutral territory. The family group spent the next two years in Switzerland, first in Zürich, then Geneva, before moving for a short period to Barcelona. The Cortázars settled outside of Buenos Aires by the end of 1919. 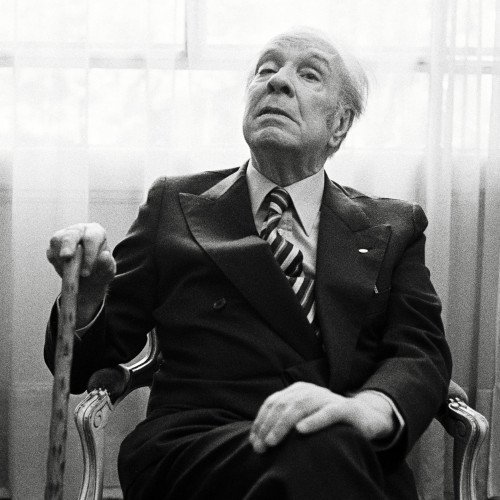 Jorge Francisco Isidoro Luis Borges Acevedo (/ˈbɔːrhɛs/;[2] Spanish: [ˈboɾxes] (About this soundlisten); 24 August 1899 – 14 June 1986) was an Argentine short-story writer, essayist, poet and translator, and a key figure in Spanish-language and universal literature. His best-known books, Ficciones (Fictions) and El Aleph (The Aleph), published in the 1940s, are compilations of short stories interconnected by common themes, including dreams, labyrinths, philosophers, libraries, mirrors, fictional writers, and mythology.[3] Borges' works have contributed to philosophical literature and the fantasy genre, and have been considered by some critics to mark the beginning of the magic realist movement in 20th century Latin American literature.[4] His late poems converse with such cultural figures as Spinoza, Camões, and Virgil. Born in Buenos Aires, Borges later moved with his family to Switzerland in 1914, where he studied at the Collège de Genève. The family travelled widely in Europe, including Spain. On his return to Argentina in 1921, Borges began publishing his poems and essays in surrealist literary journals. He also worked as a librarian and public lecturer. In 1955, he was appointed director of the National Public Library and professor of English Literature at the University of Buenos Aires. He became completely blind by the age of 55. Scholars have suggested that his progressive blindness helped him to create innovative literary symbols through imagination.[Note 1] By the 1960s, his work was translated and published widely in the United States and Europe. Borges himself was fluent in several languages. In 1961, he came to international attention when he received the first Formentor Prize, which he shared with Samuel Beckett. In 1971, he won the Jerusalem Prize. His international reputation was consolidated in the 1960s, aided by his works being available in English, by the Latin American Boom and by the success of García Márquez's One Hundred Years of Solitude.[5] He dedicated his final work, The Conspirators, to the city of Geneva, Switzerland.[6] Writer and essayist J. M. Coetzee said of him: "He, more than anyone, renovated the language of fiction and thus opened the way to a remarkable generation of Spanish-American novelists."