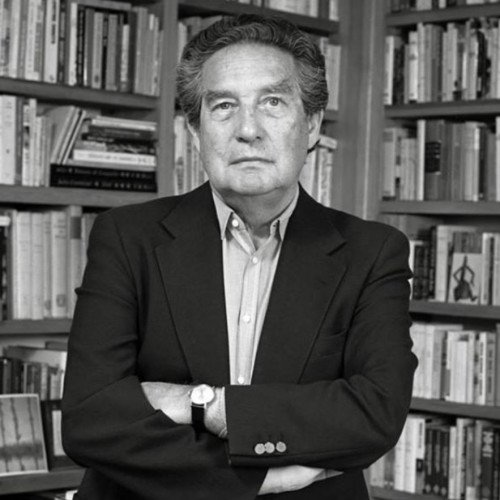 Octavio Paz Lozano[a] (March 31, 1914 – April 19, 1998) was a Mexican poet and diplomat. For his body of work, he was awarded the 1981 Miguel de Cervantes Prize, the 1982 Neustadt International Prize for Literature, and the 1990 Nobel Prize in Literature. On March 31, 1914, Octavio Paz was born near Mexico City. His family was a prominent political family in Mexico,[1] with Spanish and indigenous Mexican roots.[2] His father had been an assistant to Emiliano Zapata. The family experienced financial ruin after the Mexican Revolution and the exile of Zapata supporters (known as Zapatistas). The family briefly relocated to Los Angeles before returning to Mexico.[1] Paz was introduced to literature early in his life through the influence of his grandfather's library, filled with classic Mexican and European literature.[3] During the 1920s, he discovered Gerardo Diego, Juan Ramón Jiménez, and Antonio Machado. These Spanish writers had a great influence on his early writings.[4] As a teenager in 1931, Paz published his first poems, including "Cabellera". Two years later, at the age of 19, he published Luna Silvestre ("Wild Moon"), a collection of poems. In 1932, with some friends, he funded his first literary review, Barandal. For a few years, Paz studied law and literature at National University of Mexico.[2] During this time, he became familiar with leftist poets, such as Pablo Neruda.[1] In 1936, Paz abandoned his law studies and left Mexico City for Yucatán to work at a school in Mérida. The school was set up for the sons of peasants and workers.[5][6] There, he began working on the first of his long, ambitious poems, "Entre la piedra y la flor" ("Between the Stone and the Flower") (1941, revised in 1976). Influenced by the work of T. S. Eliot, it explores the situation of the Mexican peasant under the domineering landlords of the day.[7] In July 1937 he attended the Second International Writers' Congress, the purpose of which was to discuss the attitude of intellectuals to the war in Spain, held in Valencia, Barcelona and Madrid and attended by many writers including André Malraux, Ernest Hemingway, Stephen Spender and Pablo Neruda.[8] Paz showed his solidarity with the Republican side and against fascism. He also visited Paris while in Europe. There, he encountered the surrealist movement, which left a profound impact upon him.[9] After his return to Mexico, Paz co-funded a literary journal, Taller ("Workshop") in 1938, and wrote for the magazine until 1941. In 1937 he married Elena Garro, who is considered one of Mexico's finest writers. They had met in 1935. They had one daughter, Helena, and were divorced in 1959. 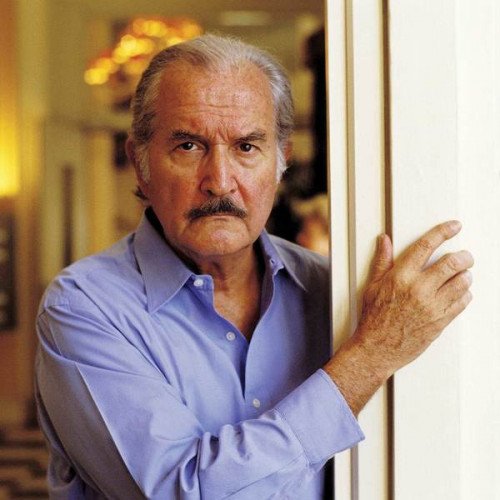 Carlos Fuentes Macías (/ˈfwɛnteɪs/;[1] Spanish: [ˈkaɾlos ˈfwentes] (About this soundlisten); November 11, 1928 – May 15, 2012) was a Mexican novelist and essayist. Among his works are The Death of Artemio Cruz (1962), Aura (1962), Terra Nostra (1975), The Old Gringo (1985) and Christopher Unborn (1987). In his obituary, The New York Times described Fuentes as "one of the most admired writers in the Spanish-speaking world" and an important influence on the Latin American Boom, the "explosion of Latin American literature in the 1960s and '70s",[2] while The Guardian called him "Mexico's most celebrated novelist".[3] His many literary honors include the Miguel de Cervantes Prize as well as Mexico's highest award, the Belisario Domínguez Medal of Honor (1999).[4] He was often named as a likely candidate for the Nobel Prize in Literature, though he never won. Fuentes was born in Panama City, the son of Berta Macías and Rafael Fuentes, the latter of whom was a Mexican diplomat.[2][6] As the family moved for his father's career, Fuentes spent his childhood in various Latin American capital cities,[3] an experience he later described as giving him the ability to view Latin America as a critical outsider.[7] From 1934 to 1940, Fuentes' father was posted to the Mexican Embassy in Washington, D.C.,[8] where Carlos attended English-language school, eventually becoming fluent.[3][8] He also began to write during this time, creating his own magazine, which he shared with apartments on his block.[3] In 1938, Mexico nationalized foreign oil holdings, leading to a national outcry in the U.S.; he later pointed to the event as the moment in which he began to understand himself as Mexican.[8] In 1940, the Fuentes family was transferred to Santiago, Chile. There, he first became interested in socialism, which would become one of his lifelong passions, in part through his interest in the poetry of Pablo Neruda.[9] He lived in Mexico for the first time at the age of 16, when he went to study law at the National Autonomous University of Mexico (UNAM) in Mexico City with an eye toward a diplomatic career.[3] During this time, he also began working at the daily newspaper Hoy and writing short stories.[3] He later attended the Graduate Institute of International Studies in Geneva.[10] In 1957, Fuentes was named head of cultural relations at the Secretariat of Foreign Affairs.[8] The following year, he published Where the Air Is Clear, which immediately made him a "national celebrity"[8] and allowed him to leave his diplomatic post to write full-time.[2] In 1959, he moved to Havana in the wake of the Cuban Revolution, where he wrote pro-Castro articles and essays.[8] The same year, he married Mexican actress Rita Macedo.[3] Considered "dashingly handsome",[6] Fuentes also had high-profile affairs with actresses Jeanne Moreau and Jean Seberg, who inspired his novel Diana: The Goddess Who Hunts Alone.[8] His second marriage, to journalist Silvia Lemus, lasted until his death.