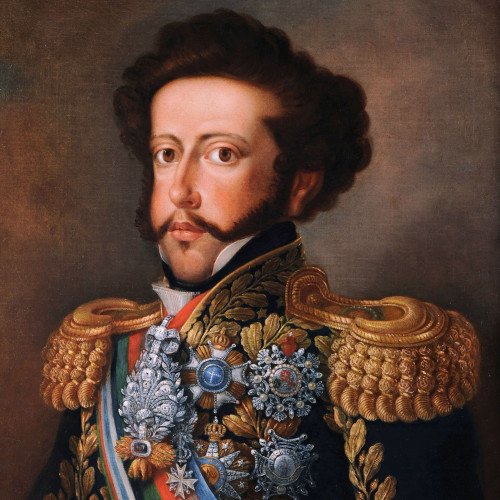 Pedro I of Brazil

Dom Pedro I (English: Peter I; 12 October 1798 – 24 September 1834), nicknamed "the Liberator", was the founder and first ruler of the Empire of Brazil. As King Dom Pedro IV, he reigned briefly over Portugal, where he also became known as "the Liberator" as well as "the Soldier King".[A] Born in Lisbon, Pedro I was the fourth child of King Dom João VI of Portugal and Queen Carlota Joaquina, and thus a member of the House of Braganza. When the country was invaded by French troops in 1807, he and his family fled to Portugal's largest and wealthiest colony, Brazil. The outbreak of the Liberal Revolution of 1820 in Lisbon compelled Pedro I's father to return to Portugal in April 1821, leaving him to rule Brazil as regent. He had to deal with challenges from revolutionaries and insubordination by Portuguese troops, all of which he subdued. The Portuguese government's threat to revoke the political autonomy that Brazil had enjoyed since 1808 was met with widespread discontent in Brazil. Pedro I chose the Brazilian side and declared Brazil's independence from Portugal on 7 September 1822. On 12 October, he was acclaimed Brazilian emperor and by March 1824 had defeated all armies loyal to Portugal. A few months later, Pedro I crushed the short-lived Confederation of the Equator, a failed secession attempt by provincial rebels in Brazil's northeast. A secessionist rebellion in the southern province of Cisplatina in early 1825, and the subsequent attempt by the United Provinces of the Río de la Plata to annex it, led the Empire into the Cisplatine War. In March 1826, Pedro I briefly became king of Portugal before abdicating in favor of his eldest daughter, Dona Maria II. The situation worsened in 1828 when the war in the south resulted in Brazil's loss of Cisplatina. During the same year in Lisbon, Maria II's throne was usurped by Prince Dom Miguel, Pedro I's younger brother. The Emperor's concurrent and scandalous sexual affair with a female courtier tarnished his reputation. Other difficulties arose in the Brazilian parliament, where a struggle over whether the government would be chosen by the monarch or by the legislature dominated political debates from 1826 to 1831. Unable to deal with problems in both Brazil and Portugal simultaneously, on 7 April 1831 Pedro I abdicated in favor of his son Dom Pedro II, and sailed for Europe. Pedro I invaded Portugal at the head of an army in July 1832. Faced at first with what seemed a national civil war, he soon became involved in a wider conflict that enveloped the Iberian Peninsula in a struggle between proponents of liberalism and those seeking a return to absolutism. Pedro I died of tuberculosis on 24 September 1834, just a few months after he and the liberals had emerged victorious. He was hailed by both contemporaries and posterity as a key figure who helped spread the liberal ideals that allowed Brazil and Portugal to move from absolutist regimes to representative forms of government. 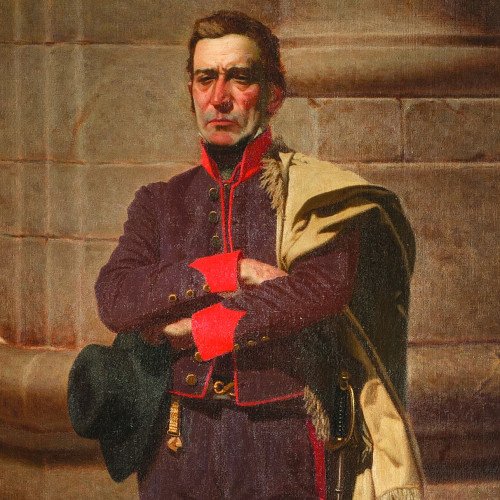 José Gervasio Artigas Arnal (Spanish pronunciation: [xoˈse xeɾˈβa.sjo aɾˈti.ɣas aɾˈnal]; June 19, 1764 – September 23, 1850) is a national hero of Uruguay, sometimes called "the father of Uruguayan nationhood". Artigas was born in Montevideo on June 19, 1764. His grandparents were from Zaragoza, Buenos Aires and Tenerife (Canary Islands).[1] His grandparents fought in the War of the Spanish Succession and moved to the Americas to escape from poverty, settling in Buenos Aires in 1716.[2] Artigas was the son of Martín José Artigas and Francisca Antonia Arnal, who came from a wealthy family. His parents enrolled him in the Colegio de San Bernardino, to pursue religious studies, but Artigas refused to submit to the school's strict discipline. Before he left the school, he developed a strong friendship with Fernando Otorgues, who would work with him in later years.[3] At the age of 12, he moved to the countryside and worked on his family's farms. His contact with the customs and perspectives of gauchos and Indians made a great impression on him.[4] Once he had come of age, he distanced himself from his parents and became involved in cattle smuggling. This made him a wanted man among the owners of haciendas and with the government in Montevideo. A reward was put out for his death.[5] Things changed with the opening of the Anglo-Spanish War, and the threat of a British attack upon the viceroyalty. The viceroy Antonio de Olaguer y Feliú negotiated a pardon with his family, on the condition that he joined the Corps of Blandengues with a hundred men, to form a battalion.[6] Thus, he began his military career in 1797, at age 33, with the rank of lieutenant. The attack finally came in 1806, when William Beresford invaded Buenos Aires, in the first British invasions of the Río de la Plata. Although Artigas's unit was tasked with patrolling the frontier with Brazil, he requested to take part in the military expedition that Santiago de Liniers launched from Montevideo to drive the British out of Buenos Aires. His request was granted, and the British were defeated. After the liberation of Buenos Aires, he was tasked with returning to Montevideo and informing the governor Pascual Ruiz Huidobro of the result of the battle.[7] A second British attack aimed to capture Montevideo, which was captured in the Battle of Montevideo. Artigas was taken prisoner, but he managed to escape and returned to the countryside. He organized groups of gauchos and began a guerrilla war against the invaders.[8] The British tried to capture Buenos Aires a second time, but were defeated by the local armies, and returned Montevideo to Spanish control as part of the terms of capitulation. Artigas was promoted to captain in 1809.