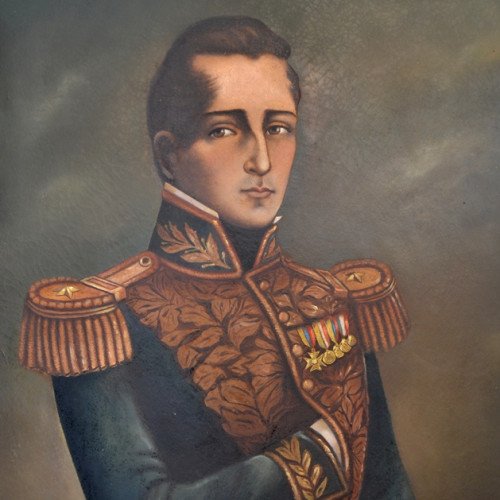 José María Córdova Muñoz, also known as the "Hero of Ayacucho", was a General of the Colombian army during the Independence War of Colombia, Perú, and Bolivia from Spain. Córdova's military career began in 1814, when he joined the newly formed Engineer Corps in the province of Antioquia, which had just been established by Francisco José de Caldas in Medellín. Cordova's interest in the military and the revolutionary cause had been stoked by the Colombian declaration of independence, as well as Antioquia's own declaration of independence as the "Republic of Antioquia" or the "Free and Sovereign State of Antioquia." In 1815, Córdova then also enrolled in the revolutionary army and was sent to Tunja. There he was appointed second lieutenant and fought under the French Colonel Emanuel Roergas Serviez, who became his mentor. Córdova's battalion assisted in the victory of the battle of “Río Palo” and Cordova himself rose to the rank of Lieutenant, when he was only 16 years old. Once the counter offensive by the Spanish troops began in 1815, Serviez was appointed as commander in chief of the Army, while Córdova continued to serve under him. In 1816, Serviez's forces, including Córdova's battalion, were defeated and forced to retreat to the Llanos Orientales. There, General Serviez was assassinated, presumably under orders from José Antonio Páez. Córdova himself was court martialed for desertion, but avoided execution, and was subsequently restored to his rank. He was then given a command post before Simón Bolívar's arrival to Venezuela in 1816. Córdova was then sent to the Guayana Region in 1817, and Bolivar later incorporated him in his senior staff. In 1819, soon after the Battle of Boyacá, General Bolívar promoted Córdova to the rank of General and commissioned him to expel the Spanish forces from the province of Antioquia. The Spanish army of General Barreiro had been demolished at Boyacá, and Córdova’s mission was to prevent the regrouping of the Spanish forces in northern Colombia. Córdova embarked on his mission with 190 soldiers, arriving in Rionegro on August 25 and in Medellín on August 30. 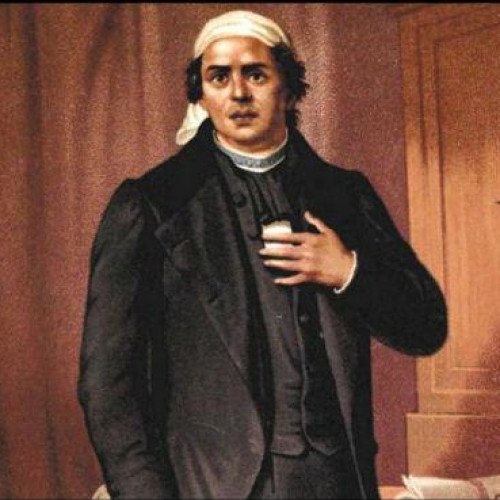 José María Teclo Morelos Pérez y Pavón (Spanish: [xoˈse maˈɾi.a ˈteklo moˈɾelos ˈpeɾes i paˈβon] (About this soundlisten)) (30 September 1765 – 22 December 1815[1]) was a Mexican Roman Catholic priest and revolutionary rebel leader who led the Mexican War of Independence movement, assuming its leadership after the execution of Miguel Hidalgo y Costilla in 1811. Morelos and Ignacio López Rayón are credited with organizing the war of independence. Under Morelos the Congress of Anáhuac was installed on 13 September 1813, and in November 6 of the same year congress declared the country's independence. On 22 October 1814, a constitution, Decreto Constitucional para la Libertad de la América Mexicana, was drafted by the Congress which declared that Mexico would be a Republic. After a series of defeats he was captured by the Spanish royalist military, tried by the Inquisition, defrocked as a cleric, and executed by civil authorities for treason in 1815. Morelos is a national hero in Mexico and is considered a very successful military leader despite the fact that he never took a military career and was instead a priest. Morelos was born in Valladolid, since renamed "Morelia" in his honor, to a humble family of mixed Spanish and indigenous descent. Although of Indigenous descent, Morelos was classified as an español in the baptismal register, a system in which the Catholic Church kept separate registers for different legal racial categories in acordance with the complex casta system of racial hierarchy prevalent in the Spanish-American colonies. Additionally he is depicted in portraits as having a dark complexion. His father was José Manuel Morelos y Robles, a carpenter originally from Zindurio, village a few kilometers west of Valladolid. His mother was Juana María Guadalupe Pérez Pavón, originally from San Juan Bautista de Apaseo, also near Valladolid. Valladolid was the seat of a bishop and of the government of the colonial Intendency of Valladolid. It was known as the "Garden of the Viceroyalty of New Spain" because of its prosperity. Through his paternal line, Morelos was related to Miguel Hidalgo y Costilla.[2] Both insurgents shared a common ancestor, Diego Ruiz de Cortés, who was a descendant of the conquistador Hernán Cortés.[2] Hidalgo was the descendant of Ruiz de Cortés through his mother, Ana María Gallaga.