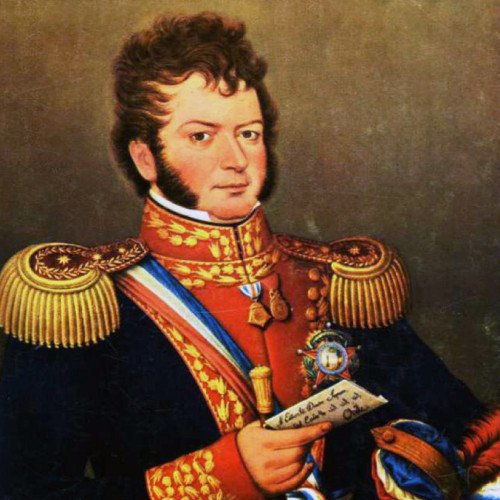 Bernardo O'Higgins Riquelme (Spanish pronunciation: [beɾˈnaɾðo oˈ(x)iɣins] (About this soundlisten); 1778–1842) was a Chilean independence leader who freed Chile from Spanish rule in the Chilean War of Independence. He was a wealthy landowner of Spanish and Irish ancestry.[1] Although he was the second Supreme Director of Chile (1817–1823), he is considered one of Chile's founding fathers, as he was the first holder of this title to head a fully independent Chilean state. He was Captain General of the Chilean Army, Brigadier of the United Provinces of the Río de la Plata, General Officer of Gran Colombia and Grand Marshal of Peru. Bernardo O'Higgins, a member of the O'Higgins family, was born in the Chilean city of Chillán in 1778, the illegitimate son of Ambrosio O'Higgins, 1st Marquis of Osorno,[2] a Spanish officer born in County Sligo, Ireland, who became governor of Chile and later viceroy of Peru. His mother was Isabel Riquelme, a prominent local;[2] the daughter of Don Simón Riquelme y Goycolea, a member of the Chillán Cabildo, or town council.[3] O'Higgins spent his early years with his mother's family in central-southern Chile and was never openly acknowledged by his father,[4] and later he lived with the Albano family, who were his father's commercial partners, in Talca. At age 15, O'Higgins was sent to Lima by his father. He had a distant relationship with Ambrosio, who supported him financially and was concerned with his education, but the two never met in person. At the time of his son's birth, Ambrosio was only a junior military officer. Two years later, Isabel married Don Félix Rodríguez, a friend of her father.[3] O'Higgins used his mother's surname until the death of his father in 1801.[2] Bernardo's father continued his professional rise and became Viceroy of Peru; at seventeen Bernardo O'Higgins was sent to London to complete his studies.[5] There, studying history and the arts, O'Higgins became acquainted with American ideas of independence and developed a sense of nationalist pride.[2] He met Francisco de Miranda, a Venezuelan idealist and believer in independence,[6] and joined a Masonic Lodge established by Miranda, dedicated to achieving the independence of Latin America. 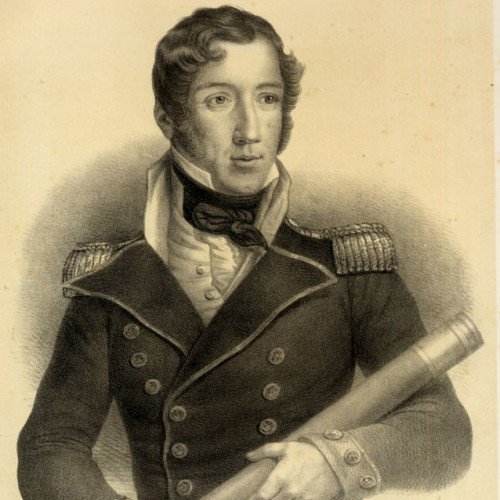 Thomas Cochrane, 10th Earl of Dundonald, Marquess of Maranhão, GCB, ODM, OSC[2] (14 December 1775 – 31 October 1860), styled Lord Cochrane between 1778 and 1831,[3][4] was a Scottish naval flag officer of the Royal Navy, mercenary and radical politician. He was a daring and successful captain of the Napoleonic Wars, leading Napoleon to nickname him Le Loup des Mers, 'The Sea Wolf'. He was successful in virtually all his naval actions. He was dismissed from the Royal Navy in 1814 following a controversial conviction for fraud on the Stock Exchange. He helped organise and lead the rebel navies of Chile and Brazil during their respective successful wars of independence through the 1820s. While in charge of the Chilean Navy, Cochrane also contributed to Peruvian Independence through the Freedom Expedition of Perú. He was also hired to help the Greek Navy but did not have much impact. In 1832, he was pardoned by the Crown and reinstated in the Royal Navy with the rank of Rear-Admiral of the Blue. After several more promotions, he died in 1860 with the rank of Admiral of the Red, and the honorary title of Rear-Admiral of the United Kingdom. His life and exploits inspired the naval fiction of 19th- and 20th-century novelists, particularly the figures of C. S. Forester's Horatio Hornblower and Patrick O'Brian's protagonist Jack Aubrey. Thomas Cochrane was born at Annsfield, near Hamilton, South Lanarkshire, Scotland, the son of Archibald, Lord Cochrane (1748-1831), who later became, in October 1778, The 9th Earl of Dundonald, and his wife, Anna Gilchrist. She was the daughter of Captain James Gilchrist and Ann Roberton, the daughter of Major John Roberton, 16th Laird of Earnock.[5] Thomas, Lord Cochrane, as he himself became in October 1778, had six brothers. Two served with distinction in the military: William Erskine Cochrane of the 15th Dragoon Guards, who served under Sir John Moore in the Peninsular War and reached the rank of major; and Archibald Cochrane, who became a captain in the Navy. Lord Cochrane was descended from lines of Scottish aristocracy and military service on both sides of his family. Through his uncle, Admiral Sir Alexander Cochrane, the sixth son of The 8th Earl of Dundonald, Cochrane was cousin to his namesake, Admiral of the Fleet Sir Thomas John Cochrane (1789-1872). Sir Thomas J. Cochrane also had a naval career[6] and was appointed as Governor of Newfoundland and later Vice-Admiral of the United Kingdom. By 1793 the family fortune had been spent, and the family estate was sold to cover debts.