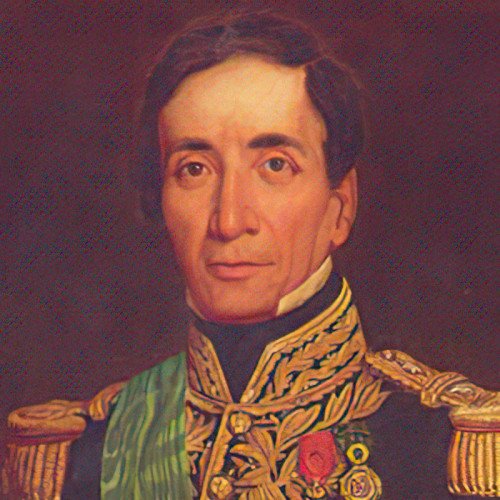 Andrés de Santa Cruz y Calahumana (Spanish pronunciation: [anˈdɾes ðe ˈsanta kɾuθ] (About this soundlisten); 5 December 1792 – 25 September 1865) was a general and politician who served as the 7th President of Peru in 1827, the Interim President of Peru from 1836 to 1838 and the 6th President of Bolivia from 1829 to 1839. He also served as Supreme Protector of the short-lived Peru-Bolivian Confederation from 1836 to 1839, a political entity created mainly by his personal endeavors. Santa Cruz was born on 5 December 1792, in the city of La Paz. His father was José Santa Cruz y Villavicencio, a Spaniard, and his mother Juana Basilia Calahumana, an Amerindian and cacique of the town of Huarina. In later years, Andrés de Santa Cruz would claim that through his mother, he descended directly from Inca rulers.[1] He began his studies in his hometown at the San Francisco Convent, and continued them at the San Antonio Abad Seminary in the city of Cuzco. In 1809 he left the seminary and returned to La Paz. After Santa Cruz's return home, his father enrolled him as an alférez in the Dragones de Apolobamba Regiment of the Spanish Army. As such, he participated in the battles of Guaqui (20 July 1811), Vilcapugio (1 October 1813) and Ayohuma (14 November 1813). The latter resulted in the defeat of the Argentine Independentist forces attempting to liberate the Upper Peru (modern day Bolivia) from Spanish rule. Santa Cruz also took part in the Spanish colonial campaigns to suppress the insurrection of Mateo Pumacahua (1814–15), further demonstrating his loyalty to the Spanish Crown. His luck ran out at the Battle of La Tablada (15 April 1817), where he was captured and taken as prisoner of war to Buenos Aires. He managed to escape, first to Rio de Janeiro and then to Lima. As a reward, he was named Commander of Chorrillos. At the time of the landing of the rebel army of José de San Martín on the Peruvian coast, Santa Cruz was commander of militia forces in the region of Huarochirí. In that position, he fought against the independentist in the Battle of Pasco (6 December 1820), but the royalists were defeated and Santa Cruz captured. Taken to San Martin's headquarters at Huaura, he decided to switch sides and joined the Patriot Army (January 8, 1821). Santa Cruz ascended rapidly, reaching the rank of Colonel later that year and that of Brigade General in 1822 for leading Peruvian troops at the Battle of Pichincha (24 May 1822). 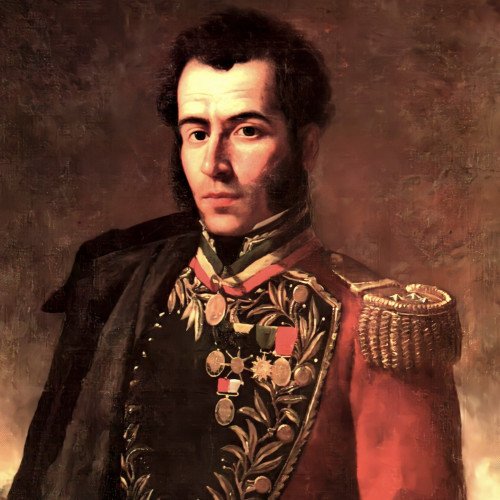 Antonio José de Sucre y Alcalá (Spanish pronunciation: [anˈtonjo xoˈse ðe ˈsukɾe j alkaˈla] (About this soundlisten); 1795–1830), known as "Gran Mariscal de Ayacucho" (English: "Grand Marshal of Ayacucho"), was a Venezuelan independence leader who served as the 4th President of Peru and as the 2nd President of Bolivia. Sucre was one of Simón Bolívar's closest friends, generals and statesmen. Due to his influence on geopolitical affairs of Latin America, a number of notable localities on the continent now bear Sucre's name. These include the eponymous capital of Bolivia, the Venezuelan state, the department of Colombia and both the old and new airports of Ecuador's capital Quito. Additionally, many schools, streets and districts across the region bear his name as well. In 1814, Antonio José de Sucre joined the fight for South American independence from Spain. The Battle of Pichincha took place on May 24, 1822, on the slopes of the Pichincha volcano, near Quito in what is now Ecuador. The encounter, fought in the context of the Spanish American wars of independence, pitted a Patriot army under Sucre against a Royalist army commanded by Field Marshal Melchor Aymerich. The defeat of the Royalist forces brought about the liberation of Quito and secured the independence of the provinces belonging to the Real Audiencia de Quito, or Presidencia de Quito, the Spanish colonial administrative jurisdiction from which the Republic of Ecuador would eventually emerge. As of late 1824, Royalists still had control of most of southern Peru as well as Real Felipe Fort in the port of Callao. On December 9, 1824, the Battle of Ayacucho took place at Pampa de La Quinua, near the town of Quinua, between Royalist and Patriot forces. Sucre, as Simón Bolívar's lieutenant, led the Patriot forces to victory over the Viceroy José de la Serna, who was wounded. After the battle, second commander-in-chief José de Canterac signed the final capitulation of the Royalist army on his behalf. As a result, he was promoted, at the request of the Peruvian Congress, to Marshal and as General in Chief by the Colombian legislature.