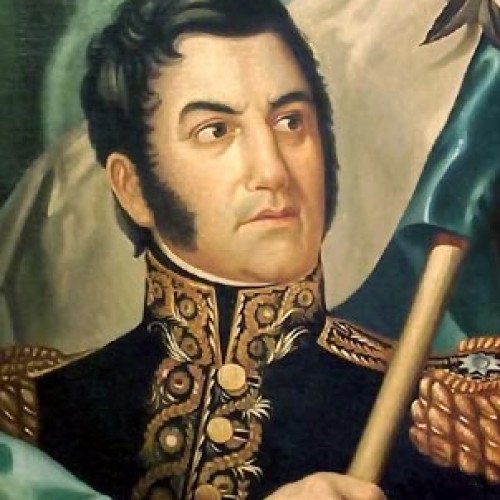 José Francisco de San Martín y Matorras (25 February 1778 – 17 August 1850), known simply as José de San Martín (Spanish pronunciation: [xoˈse ðe san maɾˈtin] (About this soundlisten)) or El Libertador of Argentina, Chile and Peru,[1] was an Argentine general and the prime leader of the southern and central parts of South America's successful struggle for independence from the Spanish Empire who served as the Protector of Peru. Born in Yapeyú, Corrientes, in modern-day Argentina, he left the Viceroyalty of the Río de la Plata at the early age of seven to study in Málaga, Spain. In 1808, after taking part in the Peninsular War against France, San Martín contacted in London South American supporters of independence from Spain. In 1812, he set sail for Buenos Aires and offered his services to the United Provinces of the Río de la Plata, present-day Argentina. After the Battle of San Lorenzo and time commanding the Army of the North during 1814, he organized a plan to defeat the Spanish forces that menaced the United Provinces from the north, using an alternative path to the Viceroyalty of Peru. This objective first involved the establishment of a new army, the Army of the Andes, in Cuyo Province, Argentina. From there, he led the Crossing of the Andes to Chile, and triumphed at the Battle of Chacabuco and the Battle of Maipú (1818), thus liberating Chile from royalist rule. Then he sailed to attack the Spanish stronghold of Lima, Peru. On 12 July 1821, after seizing partial control of Lima, San Martín was appointed Protector of Peru, and Peruvian independence was officially declared on 28 July. On 26 July 1822, after a closed-door meeting with fellow libertador Simón Bolívar at Guayaquil, Ecuador, Bolívar took over the task of fully liberating Peru. San Martín unexpectedly left the country and resigned the command of his army, excluding himself from politics and the military, and moved to France in 1824. The details of that meeting would be a subject of debate by later historians. San Martín is regarded as a national hero of Argentina and Peru, and one of the Liberators of Spanish South America. The Order of the Liberator General San Martín (Orden del Libertador General San Martín), created in his honor, is the highest decoration conferred by the Argentine government. 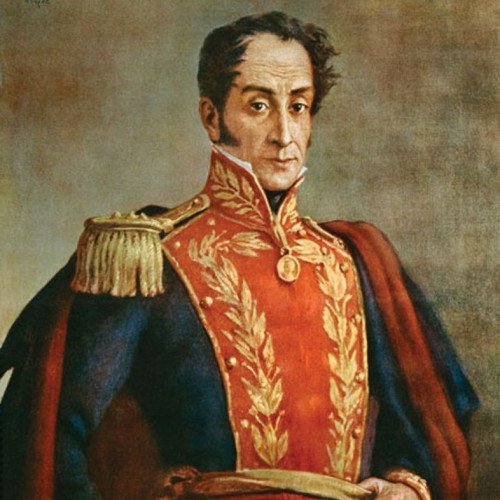 Simón José Antonio de la Santísima Trinidad Bolívar y Ponte Palacios y Blanco[1] (24 July 1783 – 17 December 1830), generally known as Simón Bolívar (Spanish: [siˈmom boˈliβaɾ] (About this soundlisten),[a] English: /ˈbɒlɪvər, -vɑːr/ BOL-iv-ər, -⁠ar[2] also US: /ˈboʊlɪvɑːr/ BOH-liv-ar)[3] and also colloquially as El Libertador,[4] "the Liberator", was a Venezuelan military and political leader who led what are currently the countries of Venezuela, Bolivia, Colombia, Ecuador, Peru, and Panama to independence from the Spanish Empire. Bolívar was born in Caracas (Venezuela) into a wealthy family and as was common for the heirs of upper-class families in his day, was sent to be educated abroad at a young age, arriving in Spain when he was 16 and later moving to France. While in Europe he was introduced to the ideas of the Enlightenment, which later motivated him to overthrow the reigning Spanish in colonial South America. Taking advantage of the disorder in Spain prompted by the Peninsular War, Bolívar began his campaign for independence in 1808.[5] The campaign for the independence of New Granada was consolidated with the victory at the Battle of Boyacá on 7 August 1819. He established an organized national congress within three years. Despite a number of hindrances, including the arrival of an unprecedentedly large Spanish expeditionary force, the revolutionaries eventually prevailed, culminating in the patriot victory at the Battle of Carabobo in 1821, which effectively made Venezuela an independent country. Following this triumph over the Spanish monarchy, Bolívar participated in the foundation of the first union of independent nations in Latin America, Gran Colombia, of which he was president from 1819 to 1830. Through further military campaigns, he ousted Spanish rulers from Ecuador, Peru, and Bolivia, the last of which was named after him. He was simultaneously president of Gran Colombia (present-day Venezuela, Colombia, Panama and Ecuador), Peru, and Bolivia, but soon after, his second-in-command, Antonio José de Sucre, was appointed president of Bolivia. Bolívar aimed at a strong and united Spanish America able to cope not only with the threats emanating from Spain and the European Holy Alliance but also with the emerging power of the United States. At the peak of his power, Bolívar ruled over a vast territory from the Argentine border to the Caribbean Sea.