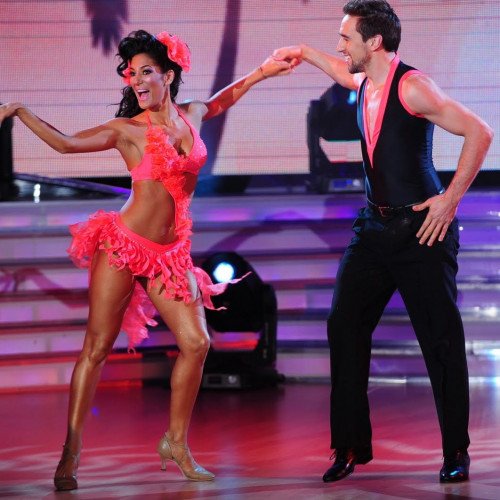 Merengue is a type of music and dance originating in the Dominican Republic, which has become a very popular genre throughout Latin America, and also in several major cities in the United States with Latin communities.[2][3] Merengue was inscribed on November 30, 2016 in the representative list of the Intangible Cultural Heritage of Humanity of Unesco.[4] Merengue was developed in the middle of the 1800s, originally played with European stringed instruments (bandurria and guitar). Years later, the stringed instruments were replaced by the accordion, thus conforming, together with the güira and the tambora, the instrumental structure of the typical merengue ensemble. This set, with its three instruments, represents the synthesis of the three cultures that made up the idiosyncrasy of Dominican culture. The European influence is represented by the accordion, the African by the tambora, which is a two-head drum, and the Taino or aboriginal by the güira. The genre was later promoted by Rafael Trujillo, the dictator from 1930 to 1961, who turned it into national music and dance style of the Dominican Republic. In the United States it was first popularized by New York-based groups and bandleaders like Rafael Petiton Guzman, beginning in the 1930s, and Angel Viloria y su Conjunto Típico Cibaeño in the 1950s. It was during the Trujillo era that the merengue "Compadre Pedro Juan", by Luis Alberti, became an international hit and standardized the 2-part form of the merengue.[5] Merengue music was inscribed by UNESCO on the list of Intangible Cultural Heritage of humanity[6] Famous merengue artists and groups include: Juan Luis Guerra, Wilfrido Vargas,[7] Milly Quezada, Toño Rosario, Fernando Villalona, Los Hermanos Rosario, Bonny Cepeda,[8] Johnny Ventura,[9] Eddy Herrera, Sergio Vargas, Grupo Rana, Miriam Cruz, Las Chicas Del Can, Kinito Mendez, Jossie Esteban y la Patrulla 15, Pochy y su Cocoband,[10] Cuco Valoy, Ramón Orlando, Alex Bueno,[11] The New York Band, Elvis Crespo, Olga Tañón,[12] Gisselle, and Grupomanía. 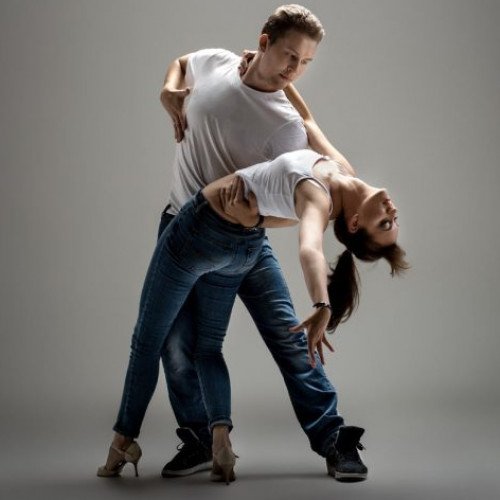 Bachata is a genre of Latin American music that originated in the Dominican Republic in the first half of the 20th century with primarily Spanish influences and also remnants of indigenous and African musical elements, representative of the cultural diversity of the Dominican Republic population.[1] The first recorded compositions of bachata were done by José Manuel Calderón from the Dominican Republic. Bachata originates from bolero and son (and later, from the mid-1980s, merengue). The original term used to name the genre was amargue ("bitterness", "bitter music" or "blues music"), until the rather ambiguous (and mood-neutral) term bachata became popular. The form of dance, bachata, also developed with the music. The earliest bachata originated in the countryside of the Dominican Republic in the first half of the 20th century. José Manuel Calderón recorded the first bachata song, "Borracho de amor" in 1962. The genre mixed the pan-Latin American style called bolero with more elements coming from son, and the troubadour singing tradition common in Latin America. During much of its history, bachata music was disregarded by Dominican elite and associated with rural underdevelopment and crime. As recently as the 1980s, bachata was considered too vulgar, crude and musically rustic to be broadcast on television or radio in the Dominican Republic. In the 1990s, however, bachata's instrumentation changed from nylon string Spanish guitar and maracas of traditional bachata to the electric steel string and guira of modern bachata. Bachata further transformed in the 21st century with the creation of urban bachata styles by bands such as Monchy y Alexandra and Aventura. These new modern styles of bachata became an international phenomenon, and today bachata is one of the most popular styles of Latin music.