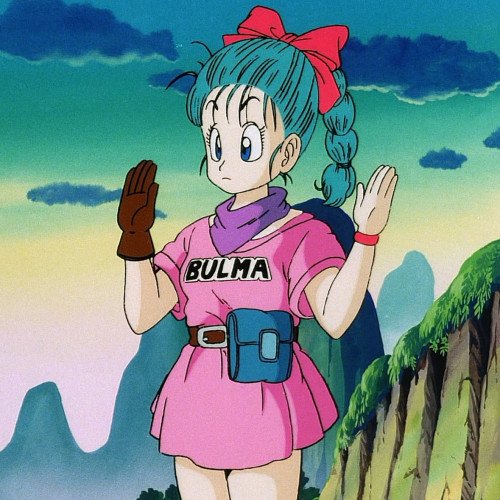 Bulma (Japanese: ブルマ, Hepburn: Buruma) is a character featured in the Dragon Ball franchise, first appearing in the manga series created by Akira Toriyama. She debuted in the first chapter Bulma and Son Goku (ブルマと孫悟空, Buruma to Son Gokū), published in Weekly Shōnen Jump magazine on June 19, 1984 issue 51,[2] meeting Goku and recruiting him as her bodyguard to travel and find the wish-granting Dragon Balls. Bulma is the daughter of Dr. Brief, the founder of the Capsule Corporation, a company that creates special small capsules that shrink and hold objects of various sizes for easy storage. Being the daughter of a brilliant scientist, Bulma is also a scientific genius, as well as an inventor and engineer. Along with creating the Dragon Radar, a device that detects the energy signal emitted by a Dragon Ball, Bulma's role as an inventor becomes important at several points in the series; including the time machine that brings her future son Trunks to the past. Bulma is loosely based on the character Tang Sanzang from the Chinese classic novel Journey to the West.[3] Bulma and Goku were the first pair of characters which were introduced in the manga and Toriyama stated that he subsequently introduced other characters in pairs because "that way, I’m able to explain the characters and their relationship to each other through their interactions. In my case, I feel that it isn’t good to insert too much narration. I suppose Goku and Bulma are representative of that." He further added that "as a child, Goku doesn’t know anything [of the world], so without Bulma, he’d be a character who didn’t say anything."[4] The author also claimed that when the series started, his editor at the time, Kazuhiko Torishima, wanted Bulma and Goku to form a romantic relationship. Bulma's appearance in the series is not as consistent as the other characters as she quite often changes her hairstyle and clothing being fashion-conscious. Her hair is usually depicted in a shade of fuchsia, although in the first chapter and the anime her hair is turquoise. When asked about the first time Bulma's hairstyle changed, Toriyama said it was to show that three years had passed and because he personally liked girls with short hair.[6] She sometimes wears clothing with either her name on it or the Capsule Corporation logo. 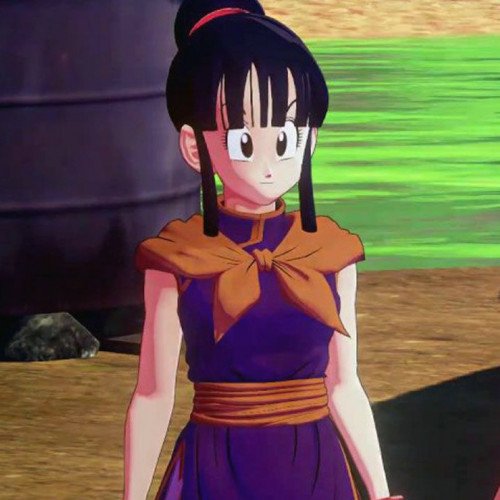 Chi-Chi is a fictional character from the Dragon Ball media franchise. Created by Akira Toriyama, she first appears in Chapter #11 of the Dragon Ball manga entitled "...And into the Fire!". Typically portrayed as the shrewish wife of series protagonist Son Goku and the overprotective mother of Son Gohan and Son Goten, Chi-Chi is considered to be one of the most prominent female characters in the franchise, and is featured consistently in merchandise and in cosplay by Dragon Ball fandom. Chi-Chi is known by different names in other language localizations of the Dragon Ball anime adaptation. She is known as Kika in Portuguese dub[3] and Milk in Spanish dub for Latin America). Besides being a colloquial pun for "milk", it also happens to be a slang term for female breasts in Latin America.[4] Her original swimsuit style costume was based on an costume earlier manga character from the same creator called Pola from Pola & Roid.[3] Toriyama had expressed disdain for the character in a 2003 interview, and claimed that drawing her is a "punishment". Chi-Chi is voiced by Mayumi Shō in the Japanese version of the series up until Dragon Ball Z episode 88,[6] from which point she is voiced by Naoko Watanabe.[7][8] In the Funimation English dub, she is voiced by Laura Bailey as a child and Cynthia Cranz as an adult. In the Ocean dub, she was voiced by Andrea Libman as a child and by Laara Sadiq and Lisa Ann Beley respectively as an adult.