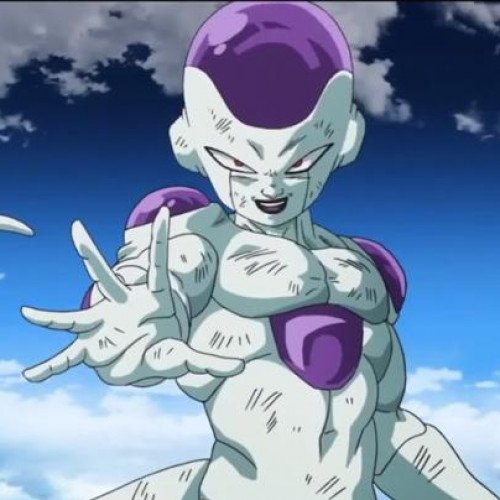 Frieza (Japanese: フリーザ, Hepburn: Furīza), also known as Freeza in Funimation's English subtitles and Viz Media's release of the manga, is a fictional character and villain in the Dragon Ball manga series created by Akira Toriyama. Frieza makes his debut in Chapter #247: Dark Clouds Swirl Over Planet Namek (暗雲うずまくナメック星, An'un Uzumaku Namekkusei), first published in Weekly Shōnen Jump magazine on October 24, 1989,[1] as a galactic tyrant feared as the most powerful being in the universe. Despite not appearing until the manga's second half, Frieza is considered to be the most iconic villain from the Dragon Ball franchise. He effectively served as the catalyst of many of the events depicted in the story, due to the destruction of the Saiyan homeworld Planet Vegeta at his hands. The consequential events included Goku's arrival on Earth, the remnants of the Saiyans landing on Earth many years later, and the main characters' subsequent journey to the planet Namek. In his appearances within the series, he is also directly responsible for the murder of Goku's father Bardock, the genocide of the Saiyan species, the first death of Vegeta, and the second death of Goku's best friend Krillin, which triggers Goku's very first Super Saiyan transformation. This arguably makes Frieza stand out as Goku's most personal and significant enemy. The final confrontation between Goku and Frieza has been hailed as one of the most memorable manga and anime battles ever. Frieza later appears as the primary villain in the theatrical film Dragon Ball Z: Resurrection 'F' and as a recurring character in Dragon Ball Super. 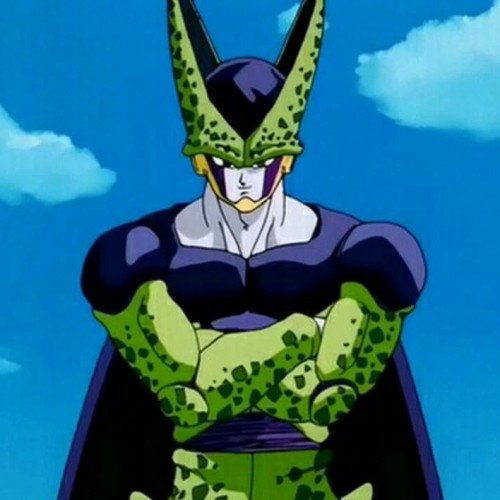 Cell (Japanese: セル, Hepburn: Seru) is a fictional character and a major antangonist in the Dragon Ball Z manga and anime created by Akira Toriyama. He makes his debut in chapter #361 The Mysterious Monster, Finally Appears!! (謎の怪物、ついに出現!!, Nazo no Kaibutsu, Tsui ni Shutsugen!!), first published in Weekly Shōnen Jump on 16 February 1992.[2] Cell is an evil artificial life form created using cell samples from several major characters in the series. He travels back in time so he can become the perfect being. In order to reach this goal, he must absorb Androids 17 and 18. After Kazuhiko Torishima, Toriyama's former editor during Dr. Slump and early Dragon Ball, expressed dissatisfaction with first Androids #19 and #20 and later Androids #17 and #18 as villains, Toriyama created Cell.[3][4] Toriyama has expressed some kind of regret regarding the design of Cell, calling it tedious to draw all the little spots on his body.[4] In addition, he did not initially plan for the character to be able to transform, but gave him this ability after his then-current editor Yū Kondō described Cell as "ugly."[3] Toriyama intended for Cell's second form to last longer than it did; Kondō found the form to be silly and urged him to hasten the first appearance of the next transformation.[5] Cell originally evolves from a cicada-like form into his Imperfect Cell (不完全体セル, Fukanzentai Seru) form, which is still insect-like in appearance. Both his first form and his second Semi-Perfect Cell (半完全体セル, Hankanzentai Seru) form have a long tail that ends in a stinger-like appendage and allows it to absorb other organisms. The tail recedes under his wings in his final Perfect Cell (完全体セル, Kanzentai Seru) form, although he then uses it to spawn Cell Juniors (セルジュニア, Seru Junia), minuscule childlike versions of himself. After his supposed death, Cell returns even stronger, in a form often called Super Perfect Cell (超完全体セル, Chō Kanzentai Seru) or Revived Cell (復活セル, Fukkatsu Seru).