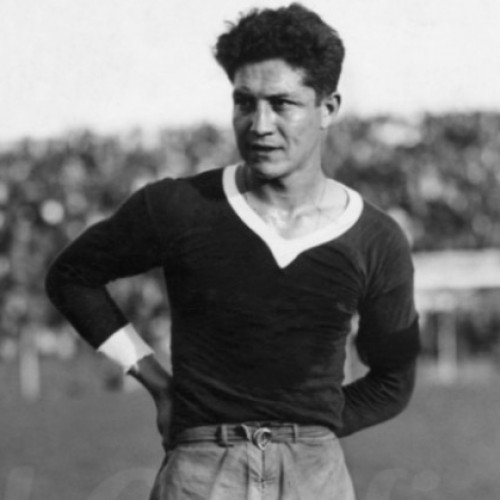 Arsenio Pastor Erico Martínez (30 March 1915 – 23 July 1977) was a Paraguayan football striker. He is the all-time highest goalscorer in the Argentine first division, with 295 goals according to Argentine Football Association.[1] Previously it had been affirmed that Erico's record was 293 goals, sharing the record with Angel Labruna[2][3] All the goals in Erico's career in Primera División were scored playing for Independiente. Erico is also considered the best Paraguayan footballer of all time and for some is the best player in history, including Alfredo Di Stefano.[4] A striker noted for his technique, finishing and aerial ability, Erico was one of the finest players of the 1930s and one of greatest players to have played in the Argentinean league. Erico, born in Asunción, Paraguay, started his career in Club Nacional of Paraguay and made his debut in the club's first team squad at the age of 15. During the early 1930s, Erico was part of the Paraguayan Red Cross football team that was on tour in Argentina in order to gather funds for the Chaco War. Because of his good performances during the friendly matches in the mentioned tour, Club Atlético Independiente of Argentina signed him. He made his debut for Independiente on 5 May 1936 and began to demonstrate why he had acquired the nickname 'red jumper'. Before the 1938 FIFA World Cup Erico was offered an extravagant amount of money to play for the Argentina national football team but he rejected it, gaining the praise in the general Argentine public for remaining loyal to his country of origin. Soon after this, however, Erico caught an infection which led to a long period out on the sidelines. Then, in 1937, he broke his leg. After he recovered, however, he reminded everyone of his talent by taking Independiente to the league title in 1938 and 1939. Later, he joined Huracán where he only played 7 games in 1947 before retiring.

The greatest Paraguayan soccer player 50 %
50 % He is good, but not the best 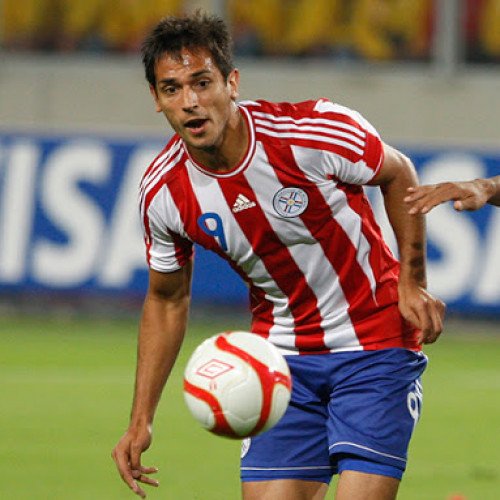 Roque Luis Santa Cruz Cantero (locally [ˈroke ˈlwis santa ˈkɾus kanˈteɾo]; born 16 August 1981) is a Paraguayan footballer who plays as a striker for, and captains both Paraguayan club Club Olimpia and Paraguay national team.[2] He is the record goal scorer and has earned over 100 caps for the Paraguay national team, thus he is regarded as one of the best players in the nation's history.[3] Santa Cruz started his career with Olimpia, progressing through their youth system to the first-team squad where he made his debut at the age of 15 in 1997.[4] He finished his career with the club having scored 13 goals in 24 Primera División appearances where Olimpia claimed the 1997, 1998 and 1999 Primera División titles. Santa Cruz scored three goals in four appearances for Paraguay at the 1999 FIFA World Youth Championship before debuting for the Paraguayan national team at the 1999 Copa América, where he scored three goals in four appearances. He immediately joined Bundesliga club Bayern Munich in August 1999 for a fee of €5 million, which was a record transfer fee in Paraguayan football,[5] where he scored five goals in 28 league appearances in his first season. He faced a series of injuries and heavy competition from teammates Giovane Élber, Roy Makaay and Claudio Pizarro which limited his impact and restricted his appearances for the club. Santa Cruz was part of a successful team for Bayern, winning numerous Bundesliga, DFB-Pokal and DFB-Ligapokal titles. He also won the 2000–01 UEFA Champions League and the 2001 Intercontinental Cup. He left Bayern Munich in July 2007 to join Blackburn Rovers for a transfer fee of €5 million, where he scored 19 goals in the 2007–08 Premier League season. In June 2009, he joined Manchester City for a fee of £17.5 million on a four-year deal. Since his transfer, he was loaned out to Blackburn and Real Betis. A holder of a Spanish passport, Santa Cruz is eligible for unrestricted selection in all EU-based sides.[6] Santa Cruz is ranked equal 75th in the List of top international association football goal scorers by country. He represented Paraguay at the 2002, 2006 and 2010 FIFA World Cup tournaments, and at the 1999, 2007, 2011 (where Paraguay finished runners-up) and 2015 Copa América tournaments. He retired from international football in 2016,[7] but reversed his decision in May 2019. Since 2019, Santa Cruz has been the face of Lácteos Lactolanda through publicity campaigns.

The greatest Paraguayan soccer player 50 %
50 % He is good, but not the best