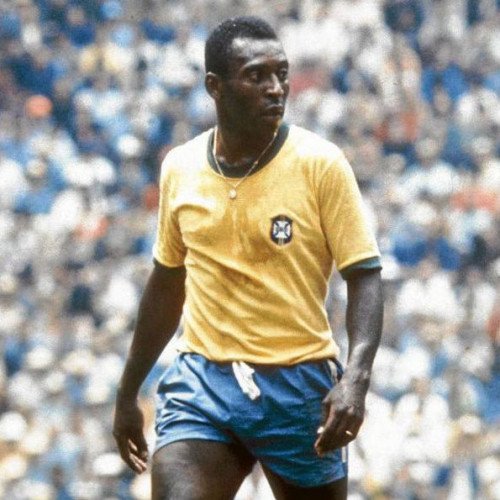 Edson Arantes do Nascimento (Brazilian Portuguese: [ˈɛtsõ (w)ɐˈɾɐ̃tʃiz du nɐsiˈmẽtu]; born 23 October 1940), known as Pelé ([peˈlɛ]), is a Brazilian former professional footballer who played as a forward. Regarded as one of the greatest players of all time and labelled "the greatest" by FIFA,[1] he was among the most successful and popular sports figures of the 20th century. During his playing days, Pelé was for a period the best-paid athlete in the world. In 1999, Pelé was voted World Player of the Century by the International Federation of Football History & Statistics (IFFHS), and was one of the two joint winners of the FIFA Player of the Century. That same year, Pelé was named Athlete of the Century by the International Olympic Committee and was included in the Time list of the 100 most important people of the 20th century. According to the IFFHS, Pelé is the most successful top division scorer in the sport with 541 goals in 560 games.[2] His total of 1,279 goals in 1,363 games, which included friendlies, is a Guinness World Record.[3] Pelé began playing for Santos at age 15 and the Brazil national team at 16. During his international career, he won three FIFA World Cups: 1958, 1962 and 1970, the only player to do so. Pelé is the all-time leading goalscorer for Brazil with 77 goals in 92 games. At club level he is Santos' all-time top goalscorer with 643 goals from 659 games.[4] In a golden era for Santos, he led the club to the 1962 and 1963 Copa Libertadores, and to the 1962 and 1963 Intercontinental Cup. Credited with connecting the phrase "The Beautiful Game" with football, Pelé's "electrifying play and penchant for spectacular goals" made him a star around the world, and his teams toured internationally in order to take full advantage of his popularity.[5] Since retiring in 1977, Pelé has been a worldwide ambassador for football and has made many acting and commercial ventures. In 2010, he was named the Honorary President of the New York Cosmos. Averaging almost a goal per game throughout his career, Pelé was adept at striking the ball with either foot in addition to anticipating his opponents' movements on the field. While predominantly a striker, he could also drop deep and take on a playmaking role, providing assists with his vision and passing ability, and he would also use his dribbling skills to go past opponents. In Brazil, he is hailed as a national hero for his accomplishments in football and for his outspoken support of policies that improve the social conditions of the poor. His emergence at the 1958 World Cup where he became the first black global sporting star was a source of inspiration.[6] Throughout his career and in his retirement, Pelé received several individual and team awards for his performance in the field, his record-breaking achievements, and legacy in the sport.

The greatest Brazilian soccer player 50 %
50 % He is good, but not the best 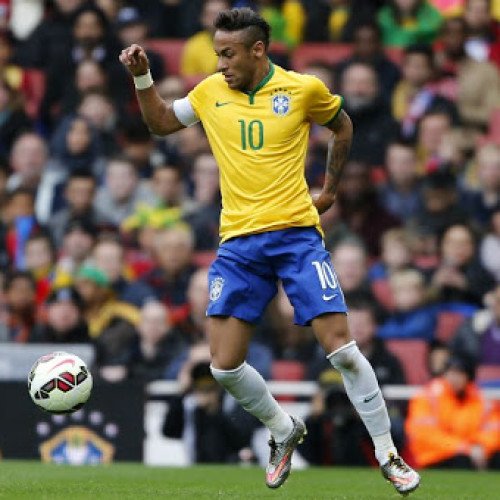 Neymar da Silva Santos Júnior (Brazilian Portuguese: [nejˈmaʁ dɐ ˈsiwvɐ ˈsɐ̃tus ˈʒũɲoʁ]; born 5 February 1992), known as Neymar, is a Brazilian professional footballer who plays as a forward for Ligue 1 club Paris Saint-Germain and the Brazil national team. He is widely regarded as one of the best players in the world.[7][8] Neymar came into prominence at Santos, where he made his professional debut aged 17. He helped the club win two successive Campeonato Paulista championships, a Copa do Brasil, and the 2011 Copa Libertadores; the latter being Santos' first since 1963. Neymar was twice named the South American Footballer of the Year, in 2011 and 2012, and soon relocated to Europe to join Barcelona. As part of Barcelona's attacking trio with Lionel Messi and Luis Suárez, he won the continental treble of La Liga, the Copa del Rey, and the UEFA Champions League, and finished third for the FIFA Ballon d'Or in 2015 for his performances. He then attained a domestic double in the 2015–16 season. In 2017, Neymar transferred to Paris Saint-Germain in a move worth €222 million, making him the most expensive player ever.[note 1] In France, Neymar won three league titles, two Coupe de France, and two Coupe de la Ligue, which included a domestic treble and being voted Ligue 1 Player of the Year in his debut season.[11] Neymar helped PSG attain a domestic quadruple in the 2019–20 season, and led the club to its first ever Champions League Final. With 64 goals in 103 matches for Brazil since debuting at age 18, Neymar is the second highest goalscorer for his national team, trailing only Pelé. He was a key player in Brazil's victories at the 2011 South American Youth Championship, where he finished as leading goalscorer, and the 2013 FIFA Confederations Cup, where he won the Golden Ball as player of the tournament. His participation in the 2014 FIFA World Cup and 2015 Copa América was cut short by injury and a suspension, respectively, before captaining Brazil to their first Olympic gold medal in men's football at the 2016 Summer Olympics. Two years later, having renounced the captaincy, he featured at the 2018 FIFA World Cup. Off the pitch, Neymar ranks among the world's most prominent sportsmen; SportsPro named him the most marketable athlete in the world in 2012 and 2013, and ESPN cited him as the world's fourth-most famous athlete in 2016. In 2017, Neymar was included by Time in its list of the 100 most influential people in the world.[12] By 2018, France Football ranked Neymar the world's third highest-paid footballer. In 2019, Forbes ranked him the world's third highest-paid athlete,[13] and fourth highest-paid in 2020.

The greatest Brazilian soccer player 50 %
50 % He is good, but not the best