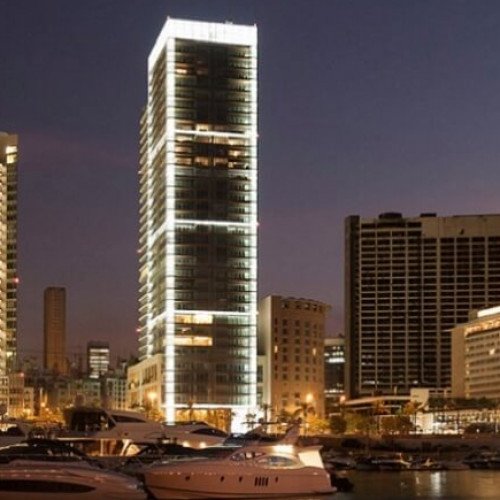 Platinum Tower is a highrise residential building in Beirut, Lebanon. It occupies a large plot on the Zaitunay Bay Marina, at Saint George Bay in the Beirut Central District. 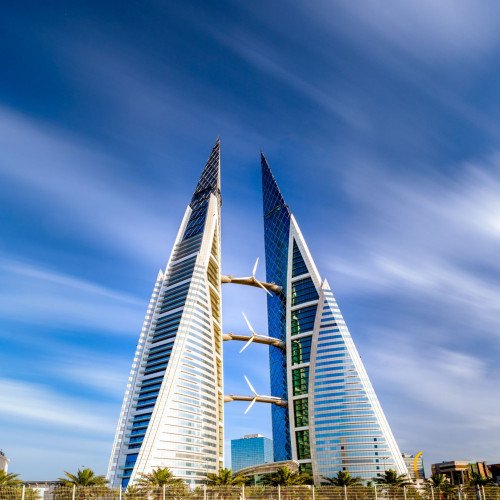 The Bahrain World Trade Center (also called Bahrain WTC or BWTC) is a 240-metre-high (787 ft), 50-floor, twin tower complex located in Manama, Bahrain. Designed by the multi-national architectural firm Atkins, construction on the towers was completed in 2008. It is the first skyscraper in the world to integrate wind turbines into its design. The wind turbines were developed, built and installed by the Danish company Norwin A/S.The structure is constructed close to the King Faisal Highway, near popular landmarks such as the towers of Bahrain Financial Harbour (BFH), NBB and Abraj Al Lulu. It currently ranks as the second-tallest building in Bahrain, after the twin towers of the Bahrain Financial Harbour. The project has received several awards for sustainability, including: The 2006 LEAF Award for Best Use of Technology within a Large Scheme. The Arab Construction World for Sustainable Design Award.