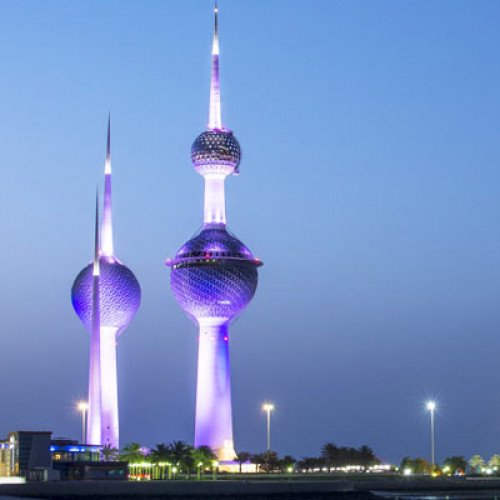 The Kuwait Towers are a group of three slender towers in Kuwait City, standing on a promontory into the Persian Gulf. They were the sixth, and last, group in the larger Kuwait Water Towers system of 34 towers (33 store water; one stores equipment), and were built in a style considerably different from the other five groups. The Kuwait Towers were officially inaugurated in March 1979 and are regarded as a landmark and symbol of modern Kuwait. The towers were closed for maintenance from March 2012 to 8 March 2016, with a massive fireworks festival commemorating the re-opening. Kuwait Towers facility is operated and managed by the state-owned Touristic Enterprises Company. The Main Tower served as the venue for TEDxKuwaitCity event in 2018 and 2019. 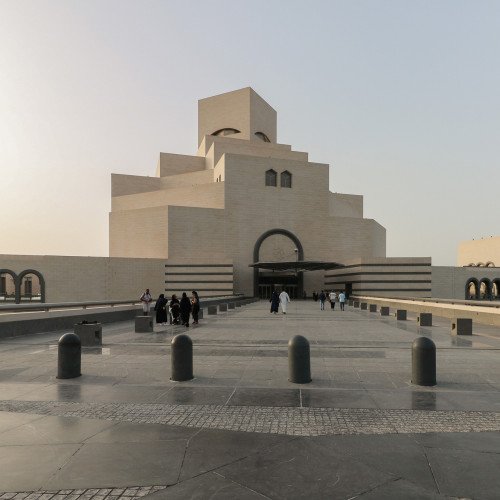 The Museum of Islamic Art is a museum on one end of the seven-kilometer-long (4.3 mi) Corniche in Doha, Qatar. As per the architect I. M. Pei's specifications, the museum is built on an island off an artificial projecting peninsula near the traditional dhow harbor. A purpose-built park surrounds the edifice on the eastern and southern facades while two bridges connect the southern front facade of the property with the main peninsula that holds the park. The western and northern facades are marked by the harbor showcasing the Qatari seafaring past.