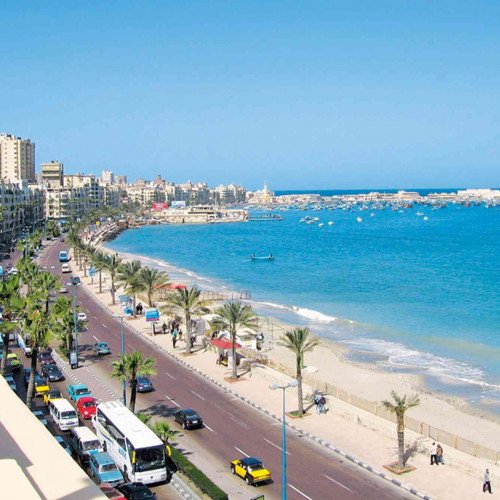 Alexandria ( or ; Arabic: الإسكندرية‎ al-ʾIskandariyya; Egyptian Arabic: اسكندرية‎ Eskendereyya; Coptic: ⲣⲁⲕⲟϯ Rakodī; Greek: Αλεξάνδρεια Alexandria) is the third-largest city in Egypt after Cairo and Giza, seventh-largest city in Africa, and a major economic centre. With a total population of 5,200,000, Alexandria is the largest city on the Mediterranean – also called the "Bride of the Mediterranean" by locals – the sixth-largest city in the Arab world and the ninth-largest urban area in Africa. The city extends about 40 km (25 mi) at the northern coast of Egypt along the Mediterranean Sea. Alexandria is a popular tourist destination, and also an important industrial centre because of its natural gas and oil pipelines from Suez. Alexandria was founded in c. 331 BC by Alexander the Great, king of Macedon and leader of the Greek League of Corinth, during his conquest of the Achaemenid Empire. An Egyptian village named Rhacotis existed at the location and grew into the Egyptian quarter of Alexandria. Alexandria grew rapidly to become an important centre of Hellenistic civilization and remained the capital of Ptolemaic Egypt and Roman and Byzantine Egypt for almost 1,000 years, until the Muslim conquest of Egypt in AD 641, when a new capital was founded at Fustat (later absorbed into Cairo). Hellenistic Alexandria was best known for the Lighthouse of Alexandria (Pharos), one of the Seven Wonders of the Ancient World; its Great Library (the largest in the ancient world); and the Necropolis, one of the Seven Wonders of the Middle Ages. Alexandria was the intellectual and cultural centre of the ancient Mediterranean world for much of the Hellenistic age and late antiquity. It was at one time the largest city in the ancient world before being eventually overtaken by Rome. The city was a major centre of early Christianity and was the centre of the Patriarchate of Alexandria, which was one of the major centres of Christianity in the Eastern Roman Empire. In the modern world, the Coptic Orthodox Church and the Greek Orthodox Church of Alexandria both lay claim to this ancient heritage. By the time of the Arab conquest of Egypt in 641 AD, the city had already been largely plundered and lost its significance before re-emerging in the modern era. From the late 18th century, Alexandria became a major centre of the international shipping industry and one of the most important trading centres in the world, both because it profited from the easy overland connection between the Mediterranean Sea and the Red Sea, and the lucrative trade in Egyptian cotton. 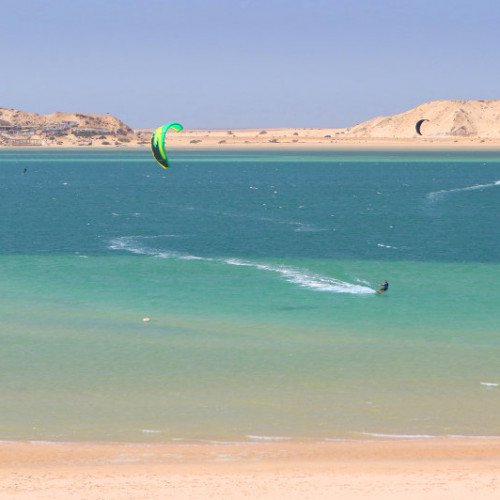 Dakhla (Arabic: الداخلة‎, Berber: Eddaxla / ⴷⴷⴰⵅⵍⴰ, Spanish: Dajla, Villa Cisneros) is a city in the Sahara of Morocco. It is the capital of the Moroccan administrative region Dakhla-Oued Ed-Dahab. It has a population of 106,277 [1] and is on a narrow peninsula of the Atlantic Coast, the Río de Oro Peninsula, about 550 km (340 mi) south of Laayoune.