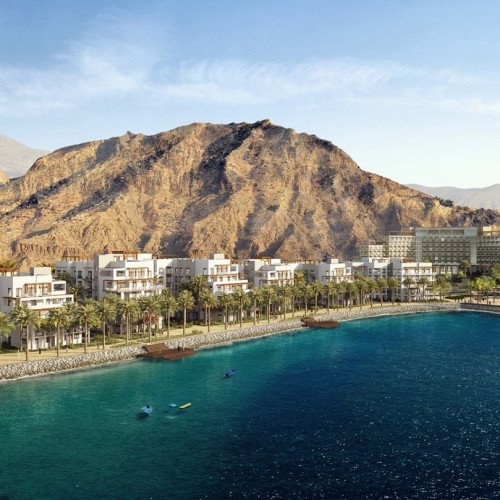 Fujairah City (Arabic: الفجيرة‎) is the capital of the emirate of Fujairah in the United Arab Emirates, it is seventh-largest city in UAE, located on the Gulf of Oman (part of the Indian Ocean). It is the only Emirati capital city on the UAE's east coast. Fujairah owns Dibba and Masafi 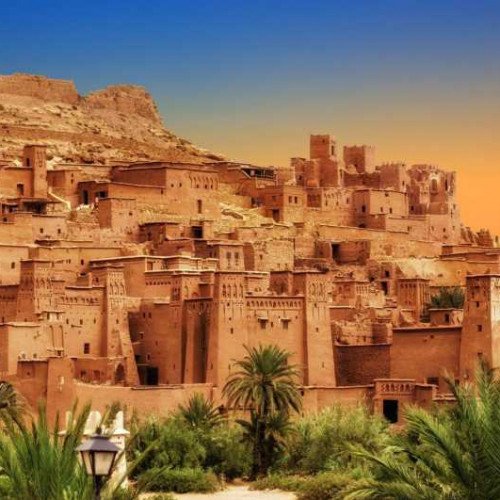 Ouarzazate (French pronunciation: ​[waʁzazat]; Arabic: ورزازات‎ Warzāzāt; Tachelhit: ⵡⴰⵔⵣⴰⵣⴰⵜ Warzazat; Spanish: Uarzazat), nicknamed the door of the desert, is a city and capital of Ouarzazate Province in Drâa-Tafilalet region of south-central Morocco. Ouarzazate is at an elevation of 1,160 metres (3,810 ft) in the middle of a bare plateau south of the High Atlas Mountains, with a desert to the city's south. Berber-speakers make up the majority of the town's inhabitants, who were responsible for the creation of many of the prominent kasbahs (locally referred to as: iɣeṛman). Ouarzazate is a primary tourist destination in Morocco for holidays, as well as a starting point for excursions into and across the Draa Valley and the desert. Aït Benhaddou (a fortified village) west of the city is a UNESCO World Heritage Site. The Ouarzazate area is a noted film-making location, with Morocco's biggest studios inviting many international companies to work here. Films such as Lawrence of Arabia (1962), The Man Who Would Be King (1975), The Living Daylights (1987), The Last Temptation of Christ (1988), The Mummy (1999), Gladiator (2000), Kingdom of Heaven (2005), Kundun (1997), Legionnaire (1998), Hanna (2011), The Hills Have Eyes (2006), and Salmon Fishing in the Yemen (2011) were shot here, as was part of the TV series Game of Thrones. The nearby Ouarzazate solar power station, co-funded by the Arab League, was connected to the Moroccan power grid in February 2016.