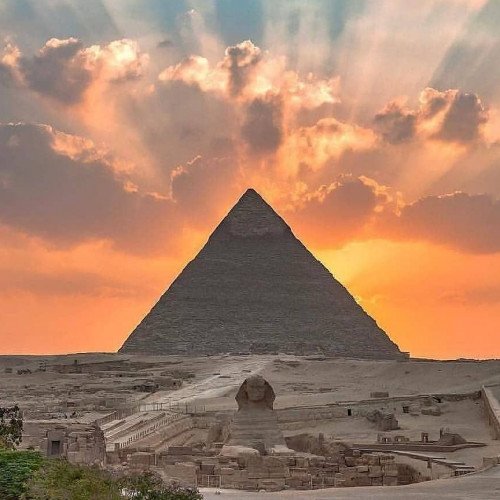 Giza (; sometimes spelled Gizah or Jizah; Arabic: الجيزة‎ al-Jīzah, Egyptian Arabic pronunciation: [el ˈgiːze]) is the second-largest city in Egypt after Cairo and fourth-largest city in Africa after Lagos, Kinshasa and Cairo. It is the capital of Giza Governorate with a total population of 8.8 million as of October 2018. It is located on the west bank of the Nile, 4.9 km (3 mi) southwest of central Cairo, and is a core city of the Greater Cairo metropolis. Giza lies less than 30 km (18.64 mi) north of Memphis (Men-nefer), which was the capital city of the first unified Egyptian state from the days of the first pharaoh, Narmer. Giza is most famous as the location of the Giza Plateau, the site of some of the most impressive ancient monuments in the world, including a complex of ancient Egyptian royal mortuary and sacred structures, including the Great Sphinx, the Great Pyramid of Giza, and a number of other large pyramids and temples. Giza has always been a focal point in Egypt's history due to its location close to Memphis, the ancient pharaonic capital of the Old Kingdom. Its St. George Cathedral is the episcopal see of the Coptic Catholic Eparchy of Giza. 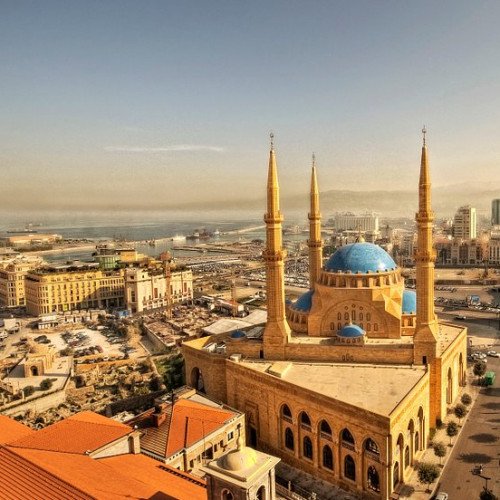 Beirut ( bay-ROOT; Arabic: بيروت‎, romanized: Bayrūt) is the capital and largest city of Lebanon. As of 2014, Greater Beirut has a population of 2.2 million, which makes it the third-largest city in the Levant region and the thirteenth-largest in the Arab world. The city is situated on a peninsula at the midpoint of Lebanon's Mediterranean coast. Beirut has been inhabited for more than 5,000 years, making it one of the oldest cities in the world. The first historical mention of Beirut is found in the Amarna letters from the New Kingdom of Egypt, which date to the 15th century BC. Beirut is Lebanon's seat of government and plays a central role in the Lebanese economy, with many banks and corporations based in the city. Beirut is an important seaport for the country and region, and rated a Beta + World City by the Globalization and World Cities Research Network. Beirut was severely damaged by the Lebanese Civil War, and its cultural landscape underwent major reconstruction.