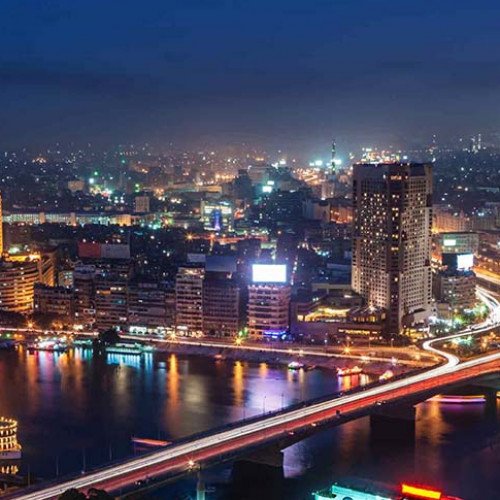 Cairo ( KY-roh; Arabic: القاهرة‎, romanized: al-Qāhirah, pronounced [ælˈqɑːhɪɾɑ] (listen), Coptic: ⲕⲁϩⲓⲣⲏ) is the capital and largest-city of Egypt. The Cairo metropolitan area, with a population of 21.3 million, is the largest in Africa, in the Arab world, and the 6th-largest in the world. Cairo is associated with ancient Egypt, as the famous Giza pyramid complex and the ancient city of Memphis are located in its geographical area. Located near the Nile Delta, Cairo was founded in 969 AD by the Fatimid dynasty, but the land composing the present-day city was the site of ancient national capitals whose remnants remain visible in parts of Old Cairo. Cairo has long been a centre of the region's political and cultural life, and is titled "the city of a thousand minarets" for its preponderance of Islamic architecture. Cairo is considered a World City with a "Beta +" classification according to GaWC.Cairo has the oldest and largest film and music industries in the Arab world, as well as the world's second-oldest institution of higher learning, Al-Azhar University. Many international media, businesses, and organizations have regional headquarters in the city; the Arab League has had its headquarters in Cairo for most of its existence. With a population of over 9 million spread over 3,085 square kilometers (1,191 sq mi), Cairo is by far the largest city in Egypt. An additional 9.5 million inhabitants live in close proximity to the city. Cairo, like many other megacities, suffers from high levels of pollution and traffic. The Cairo Metro is one of the only two metro systems in Africa (the other being in Algiers, Algeria), and ranks amongst the fifteen busiest in the world, with over 1 billion annual passenger rides. The economy of Cairo was ranked first in the Middle East in 2005, and 43rd globally on Foreign Policy's 2010 Global Cities Index. 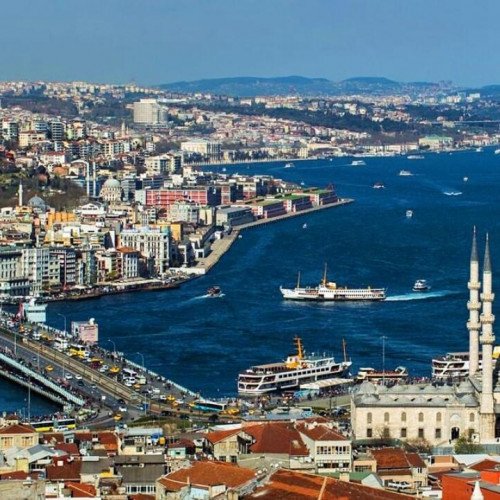 Istanbul ( IST-an-BUUL, US also IST-an-buul; Turkish: İstanbul [isˈtanbuɫ] (listen)), historically known as Byzantium and Constantinople, is the largest city in Turkey and the country's economic, cultural and historic center. The city straddles the Bosphorus strait, and lies in both Europe and Asia, with a population of over 15 million residents, comprising 19% of the population of Turkey. Istanbul is the most populous city in Europe, and the world's fifteenth-largest city. Founded as Byzantion by Megarian colonists in 660 BCE, and renamed as Constantinople in 330 CE, the city grew in size and influence, becoming a beacon of the Silk Road and one of the most important cities in history. It served as an imperial capital for almost sixteen centuries, during the Roman/Byzantine (330–1204), Latin (1204–1261), Byzantine (1261–1453), and Ottoman (1453–1922) empires. It was instrumental in the advancement of Christianity during Roman and Byzantine times, before its transformation to an Islamic stronghold following the Fall of Constantinople in 1453 CE. In 1923, after the Turkish War of Independence, Ankara replaced the city as the capital of the newly formed Republic of Turkey. In 1930 the city's name was officially changed to Istanbul, an appellation Greek speakers used since the eleventh century to colloquially refer to the city.Over 13.4 million foreign visitors came to Istanbul in 2018, eight years after it was named a European Capital of Culture, making the city the world's fifth-most popular tourist destination. Istanbul is home to several UNESCO World Heritage Sites, and hosts the headquarters of numerous Turkish companies, accounting for more than thirty percent of the country's economy.