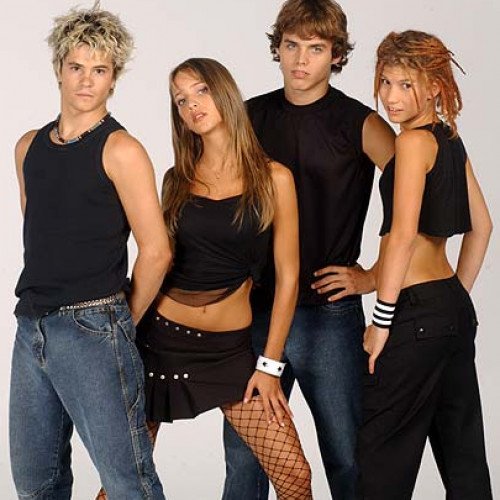 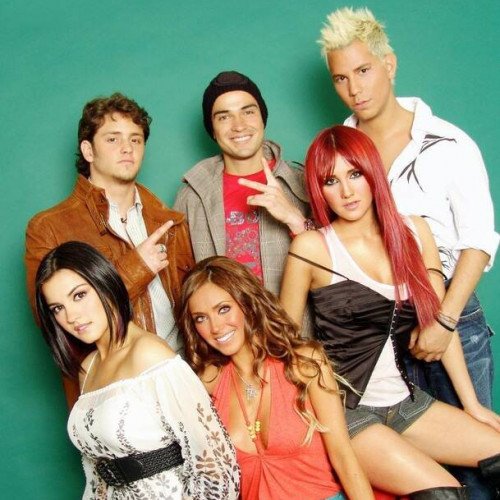 RBD is a Mexican Latin pop group that gained popularity from Televisa's telenovela Rebelde. The group achieved international success from 2004 until their separation in 2009 and sold over 15 million records worldwide, making them one of the best-selling Latin music artists of all time.[1][2] The group was composed of Anahí, Alfonso Herrera, Dulce María, Christopher von Uckermann, Maite Perroni and Christian Chávez. In November 2004, the group released their debut studio album, Rebelde, to great success. In September 2005, the group released their second album, Nuestro Amor, receiving their first Latin Grammy Award nomination at the 2006 ceremony. In 2006, the group released their third album, Celestial. The album's lead single, "Ser o Parecer", topped the Billboard Hot Latin Songs chart for two consecutive weeks. This was their first album to be released simultaneously in all countries.[3][4] In the same year, the group released their fourth album, and first English-language album titled Rebels. In 2007, the group released their fifth album Empezar Desde Cero, which was nominated at the Latin Grammy Awards. In 2009, the group released their sixth and final album, Para Olvidarte De Mí. RBD officially formed on October 30, 2004, and announced on August 15, 2008, through a press release, that they would disband on March 10, 2009. In September 2020 the band announced they would reunite through a virtual show in December, and their music was released on digital platforms the same month. Only four of the original members returned: Anahí, Maite Perroni, Christian Chávez and Christopher Von Uckermann. RBD (abbreviation for "ReBelDe") formed on October 30, 2004, which followed the premiere of the Mexican telenovela Rebelde. The members were Anahí, Alfonso Herrera, Dulce María, Christopher von Uckermann, Maite Perroni and Christian Chávez. The band released their debut single, "Rebelde", exactly one month before the group officially formed. Their debut album of the same name was released on November 11, 2004, by EMI. All four singles from the album were number-one hits in Mexico.