Who is the Best female Latin singer: Alejandra Guzmán vs Gloria Trevi 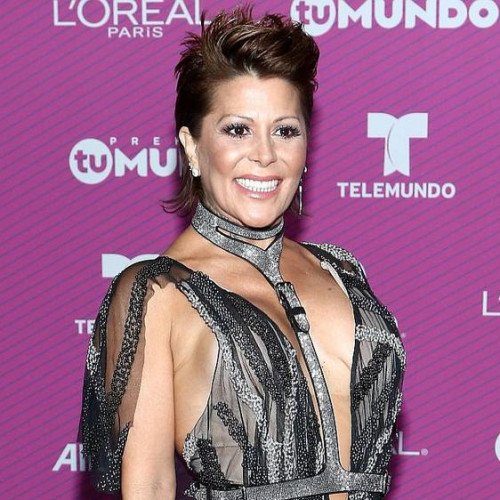 Gabriela Alejandra Guzmán Pinal (born February 9, 1968), known professionally as Alejandra Guzmán, is a Mexican musician, singer, composer, and actress. With more than 20 million albums sold throughout her career, and winner of a Latin Grammy, she is one of the most successful Mexican female singers.[1] She is the daughter of actress Silvia Pinal and singer Enrique Guzmán.[2] Gabriela Alejandra Guzmán Pinal was born February 9, 1968 in Mexico City, to her mother’s third marriage. Guzmán has three siblings: two older half-sisters, actress Sylvia Pasquel and Viridiana Alatriste. Her younger brother, Luis Enrique Guzmán is her only sibling from the same father and mother. Her first song Bye Mamá, a song dedicated to her mom was the start to her career in 1988. In 1990s, she released several of her biggest albums like Eternamente Bella, Flor de Piel, as well as Libre which launched with a signed contract to BMG Ariola. Her success placed her in being nominated to a Grammy, Latin Grammy, and her albums to be labeled Gold and Platinum.[3][4] With all her success, she has been labeled to be La Reina del Rock, and one of the most successful female artists of Mexico. Throughout her career, she has had success throughout Mexico and the United States. She has done duets with Franco De Vita, Mario Domm, Fonseca, and the most known Gloria Trevi. Her along with Trevi had several duets together and did the Versus Tour together from 2017-2018.[5] She served as judge of the second season of Va Por Ti. She also served as coach of La Voz...México. On July 5, 2018, Telemundo announced Alejandra Guzmán as a coach on La Voz (U.S.).[6] Guzmán joins Luis Fonsi, Carlos Vives and Wisin as coaches on the Spanish-language version of NBC singing-competition The Voice. 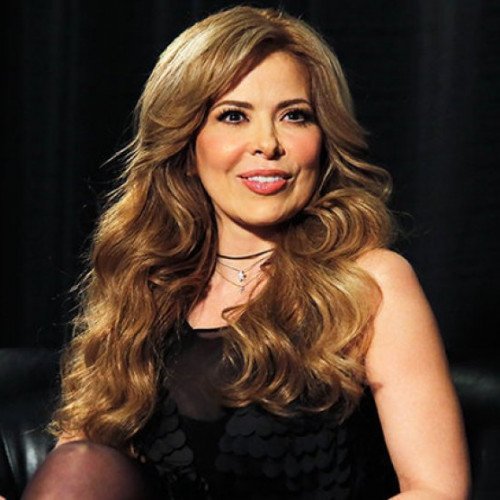 Gloria Trevi (Spanish pronunciation: [ˈgloɾja ˈtɾeβi]; born Gloria de los Ángeles Treviño Ruiz on February 15, 1968) is a Mexican singer, songwriter, dancer, actress, television hostess, music video director and businesswoman known as "The Supreme Diva of Mexican Pop". Born in Monterrey, Nuevo León, Mexico, Gloria Trevi left Monterrey for Mexico City to pursue her music career. In 1985, Trevi became a member of a short-lived girl group named Boquitas Pintadas.[3] After the group broke up in 1988, she approached Sergio Andrade for the production of her first solo album, ¿Qué Hago Aquí? (What Am I Doing Here?), which was released in 1989 and scored a number one hit across Latin America, "Dr. Psiquiatra".[4] Trevi was often dubbed as the Madonna of Mexico.[5][6] In 1991, Trevi released her second album, Tu Ángel de la Guarda (Your Guardian Angel), which is widely regarded as one of her best albums.[7] "Pelo Suelto", the lead single from the album, was a worldwide success, reaching number in several Latin America countries and in Spain. Billboard magazine included Tu Angel de la Guarda in their list of greatest Latin albums of all time. Her third album, Me Siento Tan Sola (I Feel So Lonely), was released in 1992 garnering another hit, "Zapatos Viejos". Trevi starred in the film of the same name in 1993. In 1994, she released two singles, "El Recuento De Los Daños" and "La Papa Sin Catsup", from her fourth studio album Más Turbada Que Nunca (More Turbulent than Ever). Both singles reigned the Billboard Top Latin Albums.[8] In December 1995, Trevi released her final studio album of the decade, and her final album produced by Adrade, Si Me Llevas Contigo (If You Take Me with You). The album produced two moderate hits, "Ella Que Nunca Fue Ella" ("She Who Never Was Herself") and "Si Me Llevas Contigo" ("If You Take Me with You"). On March 13, 1996, Trevi announced that she would retire to care for Andrade during his cancer battle. She offered her last two concerts at the National Auditorium, March 16 and 17.