Who is the Best female Latin singer: Thalia vs Paulina Rubio 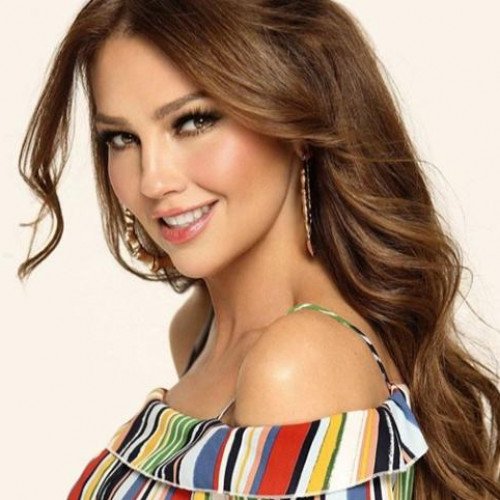 Ariadna Thalía Sodi Miranda Mottola (Spanish pronunciation: [aˈɾjaðna taˈli.a ˈsoði miˈɾanda]; born August 26, 1971), known mononymously as Thalía, is a Mexican singer, businesswoman, and former actress.[1] Born in Mexico City, she first achieved recognition as a member of the successful pop group Timbiriche from 1986 through 1989. As one of the most successful and influential Mexican artists,[2][3][4] She is referred to as the "Queen of Latin Pop" by international media.[5] Having sold around 25 million records worldwide, she is one of the best-selling Latin music artists of all-time.[6] Aside from her native Spanish, Thalía has also sung in English, French, Portuguese and Tagalog.[7] She has received numerous accolades, including five Billboard Latin Music Awards (from 17 nominations), several Premios Juventud and Lo Nuestro Awards, as well as seven Latin Grammy Award nominations[8] including their special "President's Merit Award" in 2019.[9] She has collaborated with multiple artists, such as Tony Bennett, Michael Bublé, Robbie Williams, Marc Anthony, Laura Pausini, Romeo Santos and Carlos Vives as well as with younger artists like Maluma, Prince Royce, Becky G, Natti Natasha and Pabllo Vittar. As an actress, Thalía starred in a variety of successful telenovelas that aired in over 180 countries[10] and that led to her being referred to as the "Queen of telenovelas" by the mass media.[11] The global impact of her novelas helped her to popularize her music in non-Spanish speaking territories and markets in Europe and Asia. The Mexican media company Televisa has named her the best-paid telenovela actress in history,[12][13] while Billboard names her the most widely recognized Spanish-speaking soap star in the world.[14] Considered a Latin pop icon,[15] Terra Networks included her in its list of "powerful and iconic women in Latin music" in 2011 and as one of the Greatest Latin Artists of All Time by Billboard in 2020.[16][17] On 5 December 2013, she was honored with a star on the Hollywood Walk of Fame as a recognition for her achievements as an artist.[18][19] She is also a successful fashion brand owner (having signed an exclusive deal with Macy's), has her own nationally syndicated radio show and is the author of four books, including her memoir. During her career, Thalía has involved in humanitarian causes and is an UNICEF Mexico Ambassador since 2016. 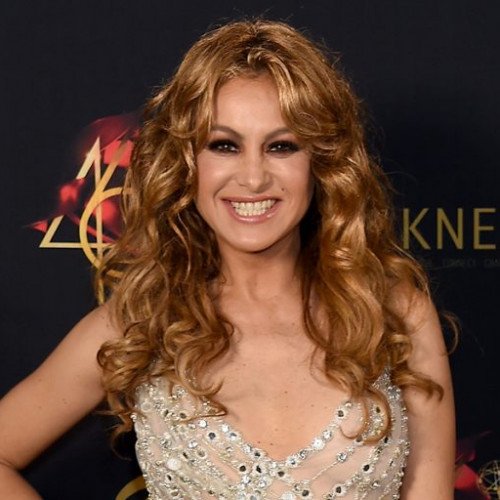 Paulina Susana Rubio Dosamantes (Spanish pronunciation: [pawˈlina ˈruβjo]; born 17 June 1971)[3] is a Mexican singer, songwriter, actress, model and businesswoman.[4][5] Born in Mexico City, she first achieved recognition as a member of the successful pop group Timbiriche from 1982 through 1991, where she stood out as one of the main members. After leaving Timbiriche, she embarked on a solo career. Referred to as the "Queen of Latin Pop",[4][6][7] Rubio has sold over 15 million records,[8] making her one of the best-selling Latin music artists of all-time. Rubio's first two studio albums, La Chica Dorada (1992) and 24 Kilates (1993), were commercial successes[9] and made her then EMI Latin's best-selling Mexican female artist.[10] In the mid-1990s, she adopted a more mature and electronic style for her next two albums, El Tiempo Es Oro (1995) and Planeta Paulina (1996), and made her feature film debut with a starring role in Bésame en la Boca (1995). Following a series of concerts with Timbiriche and ending her contract with EMI Latin, Rubio's career was interrupted before the release of her fifth album and first with Universal Music Group, the homonym Paulina (2000), which is critically referred to as her best album. Paulina was an international success and made her the best-selling Latin music artist of the Billboard Year-End (2001-2002).[11] She returned to the top of the charts again with her sixth and seventh albums, the crossover Border Girl (2002) and Pau-Latina (2004), respectively. Rubio garnered critical praise, including nominations for the Grammy Award and Latin Grammy Award. Her next albums, Ananda (2006) and Gran City Pop (2009), were also critically and commercially successful. She followed it with Brava! (2011), which delved into American dance-pop. Early of 2010's years, Rubio stood out for participating as a coach in the most important talent shows in America and Spain. In 2012, she served as a coach on the second season of La Voz... Mexico. In 2013; Rubio became a coach on La Voz Kids, and also became a judge on the American version of The X Factor. In 2019, during the promotion of her eleventh studio album, Deseo (2018), she returned on La Voz... España and La Voz Senior. Rubio has scored three number one albums on the Billboard Top Latin Albums. Five of Rubio's singles have reached number one on the US Billboard Hot Latin Songs: "Te Quise Tanto", "Dame Otro Tequila", "Ni Una Sola Palabra", "Causa Y Efecto", and "Me Gustas Tanto", making her the fifth best performing female artist on the chart. Other singles, "Mío", "Y Yo Sigo Aquí" and "Don't Say Goodbye", topped the charts in most Hispanic countries. Rubio has earned numerous awards and accolades, including seven Billboard Latin Music Award; five Lo Nuestro Awards; three MTV Latinoamerica Awards; and two Telehit Awards, including the Trajectory Award; and a special accolade as "Mexican artist with the greatest international projection".