Who is the Best female Latinx singer Shakira vs Jennifer Lopez 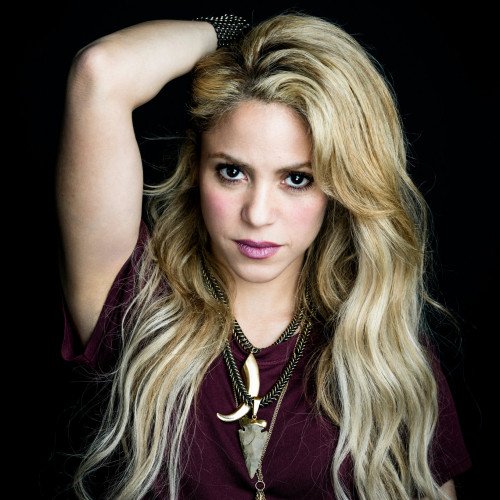 Shakira Isabel Mebarak Ripoll (/ʃəˈkɪərə/; Spanish: [ʃaˈkiɾa]; born 2 February 1977)[5] is a Colombian singer and songwriter.[6] Born and raised in Barranquilla, Shakira has been referred to as the Queen of Latin Music and is noted for her versatility in music.[7][8][9] She made her recording debut under Sony Music Colombia at the age of 13. Following the commercial failure of her first two Colombian albums, Magia (1991) and Peligro (1993), she rose to prominence in Hispanic countries with her next albums, Pies Descalzos (1995) and Dónde Están los Ladrones? (1998). Shakira entered the English-language market with her fifth album, Laundry Service (2001), which sold over 13 million copies worldwide. Buoyed by the international number-one singles "Whenever, Wherever" and "Underneath Your Clothes", the album propelled her reputation as a leading crossover artist. Her success was further solidified with the Spanish albums Fijación Oral, Vol. 1 (2005), Sale el Sol (2010), and El Dorado (2017), all of which topped the Billboard Top Latin Albums chart and were certified diamante by the Recording Industry Association of America. Meanwhile, her English albums Oral Fixation, Vol. 2 (2005), She Wolf (2009) and Shakira (2014) were all certified gold, platinum, or multi-platinum in various countries worldwide. Some of her songs have charted at number one in multiple countries, including "La Tortura", "Hips Don't Lie", "Beautiful Liar", "Waka Waka (This Time for Africa)", "Loca", and "Chantaje". Shakira served as a coach on two seasons of the American singing competition television series The Voice (2013–2014). With a catalog of 145 songs, Shakira has sold over 80 million records which have made her the best-selling female Latin artist of all time. [10] Shakira remains one of the world's best-selling music artists.[11] Forbes reported that as of 2018, Shakira has become the female Latin artist who has sold the most albums in history.[12] Shakira has received numerous awards, including three Grammy Awards, twelve Latin Grammy Awards, four MTV Video Music Awards, seven Billboard Music Awards, thirty-nine Billboard Latin Music Awards, six Guinness World Records and a star on the Hollywood Walk of Fame. She was named the Top Female Latin Artist of the Decade by Billboard twice (2000s and 2010s).[13][14] For her philanthropic work with her Barefoot Foundation and her contributions to music she received the Latin Recording Academy Person of the Year and Harvard Foundation Artist of the Year awards in 2011. She was appointed to the President's Advisory Commission on Educational Excellence for Hispanics in the US in 2011, and Chevalier of the Order of Arts and Letters by the French government in 2012. 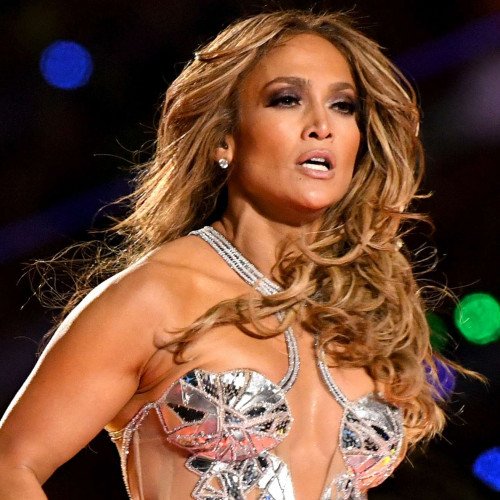 Jennifer Lynn Lopez[2] (born July 24, 1969), also known by her nickname J.Lo, is an American actress, singer, and dancer. In 1991, Lopez began appearing as a Fly Girl dancer on In Living Color, where she remained a regular until she decided to pursue an acting career in 1993. For her first leading role in the 1997 Selena biopic of the same name, Lopez became the first Latin actress to earn over US$1 million for a film. She went on to star in Anaconda (1997) and Out of Sight (1998), and has subsequently established herself as one of the highest-paid Latin actresses worldwide as of 2017.[3] Lopez is considered a pop culture icon, and is often described as a triple threat entertainer.[4][5][6] Lopez ventured into the music industry with her debut studio album On the 6 (1999), which helped propel the Latin pop movement in American music. With the simultaneous release of her second studio album J.Lo and her romantic comedy The Wedding Planner in 2001, Lopez became the first woman to have a number-one album and film in the same week. Her 2002 release, J to tha L–O! The Remixes, became the first remix album in history to debut atop the US Billboard 200. Later that year, she released her third studio album This Is Me... Then and starred in the film Maid in Manhattan. After starring in Gigli (2003), a critical and commercial failure, Lopez subsequently starred in the successful romantic comedies Shall We Dance? (2004) and Monster-in-Law (2005). Her fifth studio album, Como Ama una Mujer (2007), received the highest first week sales for a debut Spanish album in the United States. Following a relatively unsuccessful period, she returned to prominence in 2011 with her appearance as a judge on American Idol and released her seventh studio album Love?. From 2016 to 2018, she starred in the police drama series Shades of Blue and performed a residency show, Jennifer Lopez: All I Have, at Planet Hollywood Las Vegas. Since 2017, Lopez has produced and served as a judge on World of Dance. In 2019, she garnered critical acclaim for her performance as a stripper in the crime drama Hustlers. With a cumulative film gross of US$3.1 billion and estimated global sales of 70 million records, Lopez is regarded as the most influential Latin entertainer in North America. In 2012, Forbes ranked her as the most powerful celebrity in the world, as well as the 38th most powerful woman in the world.[7] Time listed her among the 100 most influential people in the world in 2018. Her most successful singles on the US Billboard Hot 100 include: "If You Had My Love", "I'm Real", "Ain't It Funny", "All I Have", and "On the Floor".[8] For her contributions to the recording industry, Lopez has received a landmark star on the Hollywood Walk of Fame, the Billboard Icon Award, and the Michael Jackson Video Vanguard Award among other honors. Her other ventures include beauty and clothing lines, fragrances, a production company, and a charitable foundation.