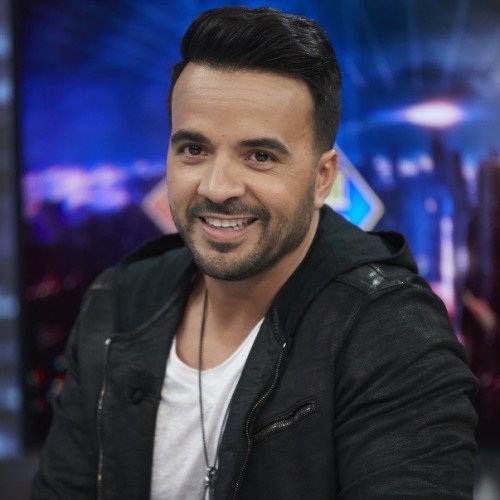 Luis Alfonso Rodríguez López-Cepero (born April 15, 1978), known by his stage name Luis Fonsi (Spanish pronunciation: [ˈlwis ˈfonsi]), is a Puerto Rican singer, musician and songwriter. He is known for multiple songs, one of them being "Despacito" featuring Puerto Rican rapper Daddy Yankee. Fonsi received his first Latin Grammy Award nominations in the Record of the Year category and won Song of the Year thanks to the song "Aquí Estoy Yo". The song also won three Billboard Latin Music Awards. "Despacito" became Fonsi's biggest success winning four Latin Grammy Awards, seven Billboard Latin Music Awards, five Billboard Music Awards and received three Grammy Awards nominations. He also won one Latin American Music Award for "Échame la Culpa" with Demi Lovato. As of 2018, Fonsi has broken six Guinness World Records and sold more than 11 million records with "Despacito".[1] "Despacito" was the most-watched YouTube video of all time until November 2020, with over 7 billion views Fonsi was born on April 15, 1978 in San Juan, Puerto Rico, the oldest child of Alfonso Rodríguez and Delia López-Cepero. He has two younger siblings: Jean Rodríguez, who also is a singer, and Tatiana Rodríguez. Growing up, Fonsi idolized the stars of the popular group Menudo,[3] and the San Juan Children's Choir.[4] He attended Dr. Phillips High School in Orlando, Florida, and participated in a group called "Big Guys". They sang at school parties and local festivals. One of the members of the group, Joey Fatone, later joined *NSYNC. In 1995, Fonsi enrolled at Florida State University School of Music on a full scholarship,[5][6] He also joined the school's choir, the Florida State University Singers, and sang with the City of Birmingham Symphony Orchestra.[7] Eventually, he dropped out in order to pursue a career in music.[8] Soon after, he was offered a recording contract by Universal Music Latin. 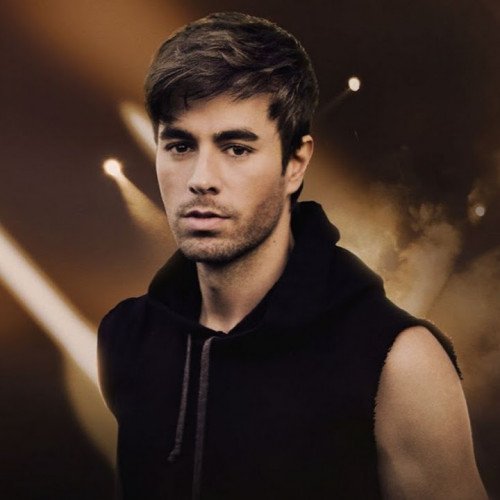 Enrique Miguel Iglesias Preysler (Spanish pronunciation: [enˈrike miˈɣel iˈɣlesjas ˈpɾejzleɾ]; born 8 May 1975) is a Spanish singer, songwriter, actor, record producer and philanthropist who is known as the King of Latin Pop.[1][2] He began his career during the mid-1990s on American Spanish-language record label Fonovisa Records under the stage name Enrique Martinez, before switching to his notable surname Iglesias.[3] His father Julio Iglesias was a very successful singer and Iglesias wanted to make it on his own without receiving benefits from his family name. By the turn of the millennium, after becoming one of the biggest stars in Latin America and the Hispanic market in the United States, he made a successful crossover into the US mainstream market. He signed a multi-album deal with Universal Music Group for US$68 million with Universal Music Latino to release his Spanish albums and Interscope Records to release English albums. In 2010, Iglesias parted with Interscope Records and signed with another Universal Music Group label, Republic Records, to release bilingual albums. In 2015, he parted ways with Universal Music Group after being there for over a decade. He signed with Sony Music and his subsequent albums were to be released by Sony Music Latin in Spanish and RCA Records in English.[4] Iglesias is one of the best-selling Latin music artists with estimated sales of over 70 million records worldwide.[5] He has had five Billboard Hot 100 top five singles, including two number-ones. As of October 2020, Iglesias holds the number-one position on the Greatest of All-Latin Artists charts.[6] Iglesias holds the record for the most number-one songs on the Billboard Hot Latin Songs chart with 27 songs, the Latin Airplay chart with 31 songs, and the Latin Pop Airplay chart with 24 songs.[7] Iglesias also has 14 number-ones on Billboard's Dance charts, more than any other male artist.[8] In December 2016, Billboard magazine named him the 14th most successful and top male dance club artist of all time.