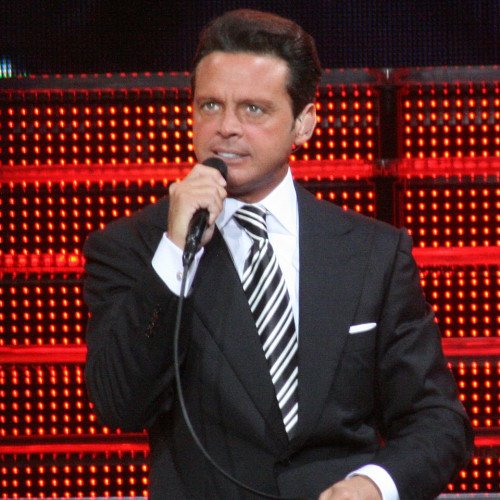 Luis Miguel Gallego Basteri (born 19 April 1970)[1][2] is a Mexican singer, often referred to as El Sol de México (The Sun of Mexico), which is the nickname his mother gave him as a child—"mi sol".[3][4] He is widely regarded as the most successful artist in Latin American history, having successfully performed in a wide range of musical styles, including pop, ballads, boleros, tangos, jazz, big band and mariachi. Luis Miguel is also recognized as the only Latin singer of his generation to not crossover to the Anglo market during the "Latin Explosion" in the 1990s.[5] Despite recording only in Spanish, he continued to be the best selling Latin artist in the 1990s, and was credited for popularizing the bolero genre into the mainstream market.[6] He has sold around 60 million records worldwide,[7] making him one of the best-selling Latin music artists. Latin pop music, along with his personal life and showmanship on stage, has made Luis Miguel popular for nearly his entire career, which started in Mexico in 1982. Having won his first Grammy Award at the age of fourteen for his duet "Me Gustas Tal Como Eres" with Sheena Easton,[3] he is the youngest male artist in music history to have received this accolade. In 1991, the RIAA recognized the high sales for his 1991 album Romance, itself being the third best-selling music album in Mexico, and one of the best-selling Spanish language albums of all time.[3] He was the first Latin artist to have been awarded two Platinum certified Spanish-language albums in the United States with ‘‘Romance’’ and ‘‘Segundo Romance’’ the latter earning him 35 platinum records throughout Central and South America. He is also recognized by Billboard, as the artist with the most top 10 hits on the Billboard's Hot Latin Songs chart. His album Complices was released in 2008 and peaked at No.10 on the Billboard 200; it is the highest position a fully Spanish composed album has reached. His most recent album ¡México Por Siempre! was released in 2017, and it earned him his second No. 1 on the Billboard Regional Mexican Albums and achieved double platinum status. Luis Miguel is also known for his high-grossing live performances. He is the first-highest grossing Latin touring artist since Boxscore began tracking touring data in 1990, with a towering total of $278.5 million.[8] With the Luis Miguel Tour, which took place in 2010, he visited 22 countries in North America, South America and Europe, where he performed in a three-year span with a total of 223 shows all over the world, making it the longest and highest-grossing tour ever made by a Latin artist. He also holds the record for the most consecutive presentations in the Auditorio Nacional (National Auditorium) with a total of 30 consecutive[9][10] concerts as well as the record for the most presentations in the same venue with a total of 258 concerts.[11][12] As of October 2020, Luis Miguel ranks number two on Billboard's Greatest of All-Time Latin Artists chart. 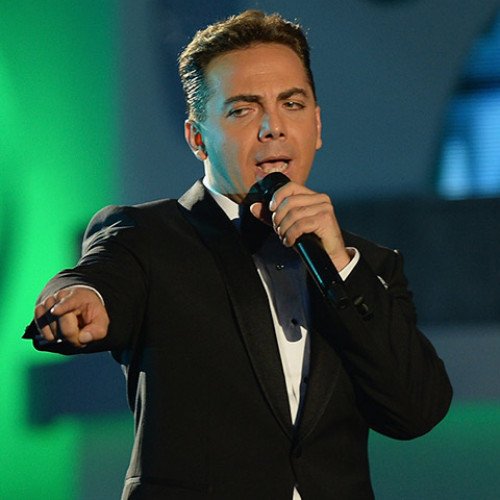 Christian Sáinz Valdés Castro (born in Mexico City 8 December 1974), known professionally as Cristian Castro or Cristian, is a Mexican pop singer. He is the son of actors Veronica Castro and Manuel "El Loco" Valdés, and nephew of actors Ramón Valdés (known for playing Don Ramón in El Chavo del 8 ) and Germán "Tin-Tan" Valdés. Of artistic family heritage, he is also a nephew on his mother's side of José Alberto "El Güero" Castro, well-known producer of soap operas on Televisa. Known for his light tenor vocal range, Castro is regarded as one of the most skilled Hispanic pop singers of the last three decades. Juan Gabriel described Castro as "the man with the most faculties to sing in Mexico". Born in Mexico City, he is the son of actress and singer Verónica Castro and comedian Manuel "El Loco" Valdes. Castro also has a younger brother named Michelle Sáinz Castro. His uncle is José Alberto Castro, and his aunt is Beatriz Castro; both are producers. As a baby, he made his acting debut with her during the telenovela named El Derecho de Nacer. Soon after, he appeared on a television commercial with her and on the Mexican version of the Broadway show Mame with actress Silvia Pinal. Castro is one of the best selling Latin artists and has worked with Latin producers Kike Santander, Rudy Pérez, and Richard Daniel Roman. In 1984, Castro made his first appearance on TV as a singer in the Televisa's child contest Juguemos a Cantar, but he did not qualify for the finals because of his young age.