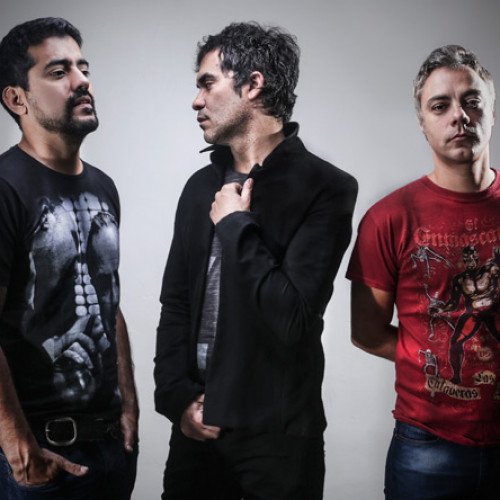 Attaque 77 ("Attack 77") is an Argentine punk rock group. Formed in 1987 as a group of friends who got together to play their favorite songs, most of them by The Ramones, their favorite band and the one that influenced them the most. They started writing songs in the same punk rock style, with lyrics with proletarian content (about exploited factory workers, etc.), and wore denim jackets, which became one of their hallmarks in their beginnings. Currently, only three members continue performing and recording. When they were just starting, they played the more traditional punk rock style of seminal bands like the aforementioned Ramones, the Sex Pistols or the early The Clash. In those years, the band became more popular by virtue of a more melodic style. High points in the band's history include the album El Cielo Puede Esperar in 1990, with the first band's big-hit "Hacelo Por Mí" and performing their first gigs at the Estadio Obras in October 1991. In 1992, Attaque 77 released their third studio album Ángeles caidos, which first made their name widely recognizable, and the last with Adrián Vera, replaced by Luciano Scaglione. In 1993, with their new label RCA, Attaque released Todo Está al Revésto some success in Argentina, touring the country in support of the album. Other high points include the high-selling album Amén! in 1995 and performing a new gig at the Estadio Obras in 1996. An alternative rock/punk album Un Día Perfecto (U.D.P.), was released in 1997 and peaked on FM radio charts with the songs "Cambios", "Crecer" and "Angel". To commemorate their 12th anniversary the band released Otras Canciones, a covers album with the Attaque 77 members' favorite songs, signed with Ariola Records. 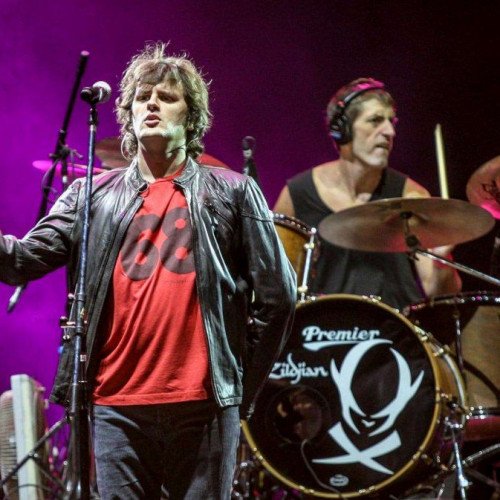 Los Piojos were an Argentine rock band. Extremely popular, it became the seminal bands of the 1990s Argentine music scene. Unlike most suburban outfits, however, their style evolved significantly with each successive album, not only developing a unique style for the band but also incorporating elements of murga, candombe, and tango to an electric guitar base. This plus generally tight and at times memorable songwriting by frontman Ciro, has set them apart from the legions of suburban bands, and has made them one of the most popular bands in modern Argentine rock, with a strong following across Latin America and Europe, unusual for a band in their subgenre of Argentine rock. Their popularity remains undiminished. The band's origins are traced to 1988 when a bunch of friends from different cities decided to try playing music. They began doing so in the pubs of the far-flung western suburbs of Buenos Aires, a similar beginning as countless other suburban rock bands. In 1991, they headed to Europe to participate in an anti-racist music festival in France, where they played with groups from Mali, Burkina Faso, Cuba, and Spain. Los Piojos made their commercial debut in 1992 with Chactuchac. Receiving the very favorable blessing of Patricio Rey y sus Redonditos de Ricota, did not hurt. Ay Ay Ay followed in 1994, and both did reasonably well. But the band could not beat back the domination by the Nuevo Rock Argentino rock ("New Argentine Rock") of the first half of the 1990s, so Los Piojos did not achieve a total breakthrough in spite that by the second album Ciro's songwriting was beginning to flourish.