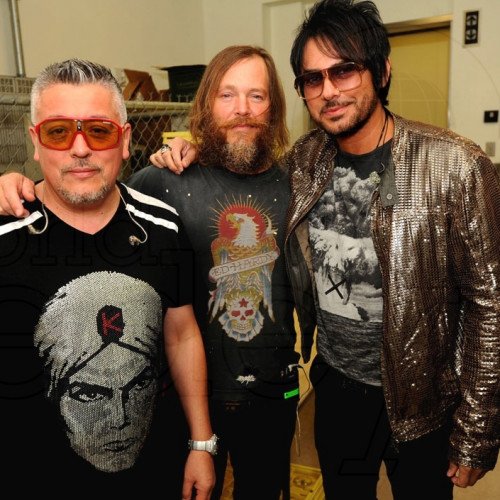 La Ley (pronounced [la ˈlej]; Spanish for '"The Law"') are a Chilean rock band formed by Andrés Bobe, Rodrigo Aboitiz, Luciano Rojas and Mauricio Claveria with Beto Cuevas. After a failed first album, Desiertos (1990), they released Doble Opuesto (1991), which appears as the official first album of the band. Singles like "Desiertos," "Tejedores de Ilusión," and "Prisioneros de la Piel" made them stars in Chile, Argentina and Mexico[citation needed], especially after the release of La Ley, their second recording (1993). After Bobe's death in 1994, La Ley continued with a new guitarist, Pedro Frugone, and released two more albums; in 1995, the band released Invisible, the album was their international breakout record and provided to the band their best-selling studio album to date, it included the number ones "Dia Cero" (in which, the rhythm and the video was inspired by the Duran Duran's smash hit "Come Undone")[citation needed] and "El Duelo". Before the release of Vértigo, Rodrigo Aboitiz left the band. In the middle of the tour, bassist Luciano Rojas left the band as well, and together with the Aboitiz formed a new group named Saiko. Their music became more rock and less experimental, and the musicians dropped their dark image. Not all of their fans were on board with the new style, but the last La Ley albums, Uno (2000) and Libertad (2003), consolidated the band as one of the most important in Latin America, earning it a Latin Grammy award for each of the two albums. La Ley also performed on MTV Unplugged in 2001,[1] and released an album of the performance, which went on to win a Grammy award.[2] In 2004, they released a greatest hits compilation (featuring three new songs: Mírate, Bienvenido al Anochecer, and Histeria) titled Historias e Histeria.[3] In 2005 Rodrigo Aboitiz and Luciano Rojas performed with the band at the Viña del Mar International Song Festival (Spanish: Festival Internacional de la Canción de Viña del Mar)[4] and after a tour around Latin America, the band dissolved in Buenos Aires on September 29, to work on their personal projects, leaving open the possibility for a return in the future. Most of the original members have since formed a group known as Dia Cero with Chilean singer Ignacio Redard. 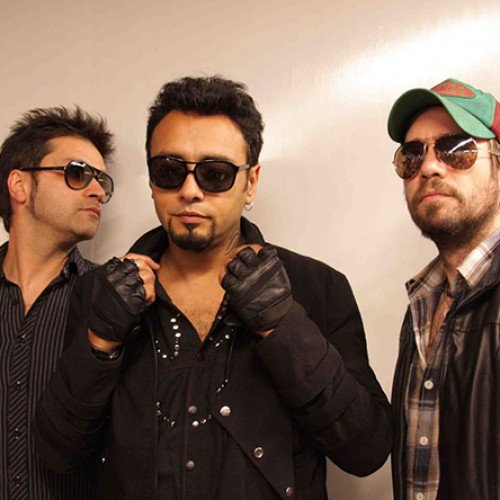 Lucybell is a Chilean rock band formed by four students from the Universidad de Chile's Faculty of Art in 1991, in Santiago de Chile. The original four members were: Francisco González: drums, bass, percussion, keyboards (1991–2005) Marcelo Muñoz: bass, acoustic guitar, keyboards (1991–2000) Claudio Valenzuela: lead voice and composer, electric guitar (1991-) Gabriel Vigliensoni: keyboards (1991–2000) Marcelo Muñoz and Gabriel Vigliesoni left the band shortly before the recording of the album Amanece in early 2000. Eduardo Caces (bass) joined shortly after, becoming a permanent member of the band ever since. Francisco Gonzalez then left in 2005, leading to the immediate arrival of Cote Foncea (drums), of the now defunct Chilean rock band Dracma. In the wake of these inner turmoils, the band managed to issue their fifth studio album "Lúmina", which displayed the new direction the band was taking - a rawer guitar-driven sound, moving away from the previous programmed and synth-friendly tunes. A year earlier the EP "Sálvame la Vida" was the prelude to this evolution, it included the first "Lúmina" single along with some cover songs released in tribute albums and a contribution to a movie soundtrack. The group, currently composed of Valenzuela, Caces and Foncea, recently signed with Warner Mexico and released their most recent work, "Comiendo Fuego". At the end of the year 2007, the band recorded by their own means the EP "Primitivo", following the "do it yourself" indie music aesthetics.