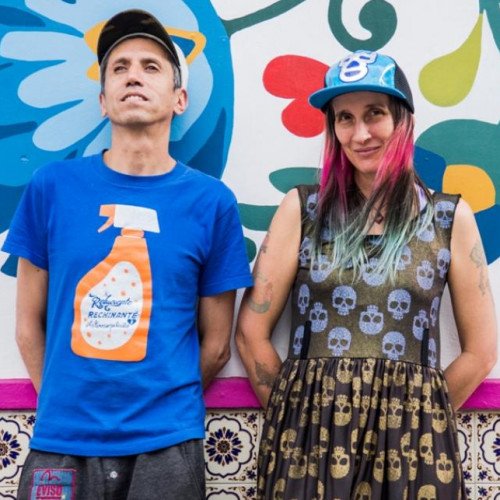 Aterciopelados (English: The Velvet Ones), also referred to as Los Aterciopelados on some albums and other promotional materials, are a rock band from Colombia. Led by Andrea Echeverri and Héctor Buitrago, they have been one of the first rock bands from Colombia to gain international notice and they are among the country's top groups. Their music fuses rock with a variety of Colombian and Latin American musical traditions. Time magazine wrote that "Aterciopelados's true skill lies in its ability to take north-of-the-border musical styles…and breathe new life into them, all while giving them a distinctly Colombian sheen."[1] Additionally, Aterciopelados engages audiences all over the world with their socially conscious message. Honored by the United Nations for their work denouncing violence in Colombia, Aterciopelados speaks out about myriad issues including political injustice, women's rights, and environmental destruction. The group has also received numerous awards, such as the Latin Grammy Award for Best Alternative Album in 2007, for Oye (Nacional Records).[2] Their song Bolero Falaz topped a list of the 1000 most important songs of Colombian rock[3] and other songs of theirs such as Maligno, El Estuche, Mujer Gala and Sortilegio ranked high in the list by Canal Viva Colombia. In October 2008, Aterciopelados released their 7th album, Rio, on Nacional Records. The album received rave reviews from publications like Rolling Stone,[4] the Washington Post,[5] Billboard,[6] and from NPR's All Things Considered.[7] As Vibe Magazine said, "For Aterciopelados, maturity has become a form of liberation."[8] The group toured United States in April 2009 to support Rio.[9] Their most recent Album Claroscura from 2018, won the Latin Grammy Award for Best Alternative Album. additionally the album Claroscura received the nomination to the grammy awards 2019 as Best Latin alternative, Urban album. 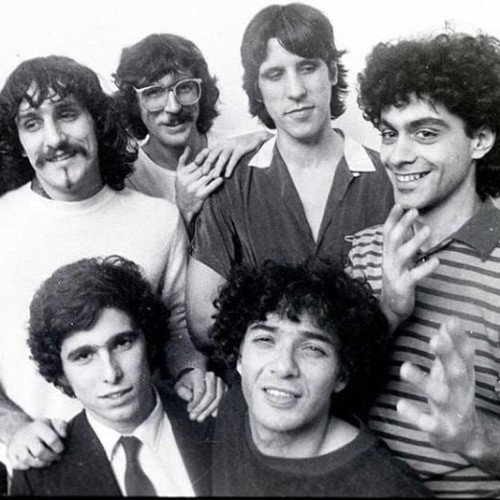 Los Abuelos de la Nada (The Grandparents of Nothingness) were an Argentine new wave/rock band that underwent several incarnations, all of them led by singer and songwriter Miguel Abuelo. The group has produced numerous hit singles through the 1980s as "Sin Gamulán", "Costumbres argentinas", "Mil horas", "Himno de mi corazón", "Lunes por la madrugada" and "No te enamores nunca de aquel marinero bengalí". In the mid-1960s, a club in Barrio Norte, Buenos Aires named La Cueva was the focal point for rock and roll. Some of the acts were in English, but others were experimenting Spanish language lyrics, notably Tanguito. The regulars of La Cueva also included poetry buffs and young people willing to escape the routines of urban life; some would form the core of the Buenos Aires hippie scene of the late 1960s. Miguel Peralta was living in the Norte hostel at that time, and was lured into the scene by fellow poetry buff Pipo Lernoud. When a record label, Mandioca, was created specifically to record Spanish language rock, Peralta arranged for an interview with recording executive Ben Molar where he claimed, untruthfully, that he had a band called Los Abuelos de la Nada (the Grandparents of Nothingness) which was ready to enter the studio. The name was taken from a passage in Severo Arcángelo, a book by Leopoldo Marechal. Since Molar acquiesced, Peralta went on and assembled a band, featuring friends Claudio Gabis on guitar, the brothers Micky and Alberto "Abuelo" Lara on guitar and bass, Héctor "Pomo" Lorenzo on drums, and Eduardo "Mayoneso" Fanacoa on keyboards. Their first single, Diana Divaga (Diana wanders), featured psychedelic influences. About this time, Miguel started using Abuelo as his artistic surname. After Gabis left (he was attending college and was reluctant to commit to the band), Abuelo drafted Norberto Napolitano (Pappo). After some more psychedelic-oriented fare, Pappo started nudging the band in the direction of blues, causing Abuelo to leave. Over time, Pappo's project mutated into Pappo's Blues. Abuelo tried to create new bands, and for a short time was singer of El Huevo (the Egg), which would later become the core of Pescado Rabioso. Abuelo took off to Barcelona in 1971 to try to re-create his career. Abuelo spent ten years in Europe, until bass player Cachorro López, who was a popular session musician with reggae and funk bands, convinced him to return to Argentina for a second incarnation of the Abuelos.