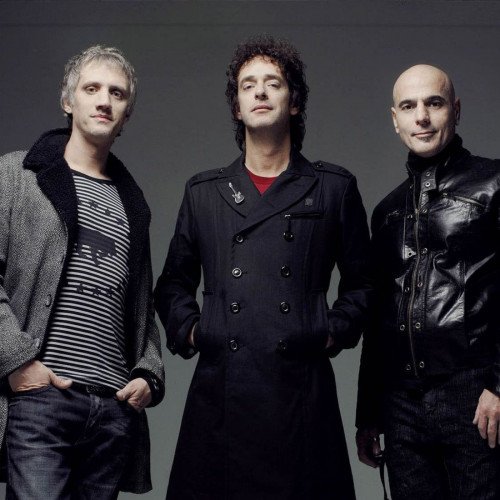 Soda Stereo was an Argentine rock band created in Buenos Aires in 1982. It achieved international success throughout the 1980s and 1990s, and the group is regarded as the most important and influential Spanish-language band ever and a legend in Latin music. The power trio consisted of Gustavo Cerati (lead vocals, guitars), Héctor "Zeta" Bosio (bass), and Charly Alberti (drums). Soda was part of a renewal in Argentina's rock scene, coinciding with the return of democracy at the beginning of the 1980s with its attending optimism and the birth of other history-making acts such as Virus, Zas, Sumo, Los Abuelos de la Nada, Los Fabulosos Cadillacs, and Los Enanitos Verdes. Soda's early sound was influenced by new wave bands such as the aforementioned Virus, the Police, Elvis Costello and post-punk bands such as Television (this influence particularly demonstrated in Soda's early works, e.g. Soda Stereo (1984), Nada Personal (1985), Signos (1986), and Doble Vida (1988)). The band gradually evolved into a heavier-sounding alternative rock band, eventually drawing influences from neo-psychedelia, classic rock, progressive rock, shoegaze, britpop, and electronic music, particularly with the albums Canción Animal (1990), Dynamo (1992), and Sueño Stereo (1995). By acclaim, Soda Stereo is largely considered one of the greatest bands in the history of Latin rock. At almost 6 million listeners, they are the best-selling band in the history of Argentina, setting landmarks in record sales and concert attendances. In Latin America alone, the band sold over 17 million albums in their 15-year career – this number has since continued to rise following the separation of the band.After the band's separation, all three of its members found separate endeavours – Gustavo Cerati continued a successful solo career after the band's split, releasing four studio albums (most of which achieved Platinum and Gold status in Argentina; see his discography for more information), while Zeta Bosio worked for a time as bassist for several underground groups and is now touring as a DJ; Charly Alberti has also found moderate success, both with the foundation of his CybeRelations company, and his family band MOLE. In 2014, Cerati died of cardiac arrest after four years in a stroke-induced coma, signalling the official end for the band as a trio. In 2020, Bosio and Alberti embarked on a reunion tour under the Soda Stereo moniker across North and South America: titled Gracias Totales, it features several guest singers, among them Cerati's son Benito, Richard Coleman, Mon Laferte, Juanes, and others. Following the COVID-19 pandemic, the tour is currently on hiatus. 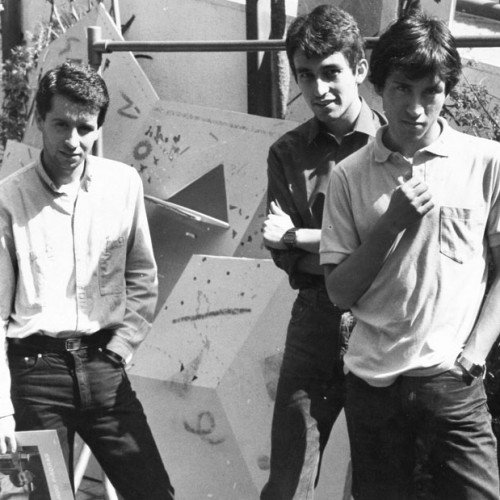 Los Prisioneros ("The Prisoners") were a Chilean rock/pop band formed in San Miguel, Santiago, Chile in 1979.[1] They are considered one of the most important Chilean bands,[2] and arguably the strongest musical influences that Chile has made to Latin American music.[3] In addition, they are considered pioneers of Rock en español (Rock in Spanish) by Latin American media and musicians, and the band with strongest socio-political impact in Chile.[4] Their roots date back to March 1979, when their core members entered high school. From their beginnings in 1983 at the Festival de la Canción del Colegio Miguel León Prado (Miguel Leon Prado High School Song festival) to their first limited release album in Chile under the record label "Fusión Producciones",[5] they struggled to make themselves known until they were able to sign with EMI Records in 1985, re-releasing their first album on LP record and cassette. From that point on, they reached mainstream success in Chile, then in Peru.[6] Los Prisioneros created a simple Punk sound with a mix of Nueva ola, Techno, Synthpop, and Reggae.[7] Musically, Los Prisioneros marked the beginning of a new musical era in Chile, leaving behind the 1960s folk-inspired music of Víctor Jara and Violeta Parra, and starting the new era of Nuevo Pop Chileno (New Chilean Pop).[8] Their legacy has been recognised by bands such as Glup!, Javiera y Los Imposibles, Lucybell, Los Tetas and La Ley, who together made the tribute album Tributo a Los Prisioneros.[9] They made themselves known for having controversial songs that criticized socio-economic structures, education, economic policies, as well as societal attitudes of Chile and Latin America.[10] Their songs were used by Chilean young people to protest the military dictatorship of Augusto Pinochet.[11] Because of this, Chilean mainstream media banned the group's music between 1985 and 1990, but their music continued to spread in Chile, aided in part by word of mouth and by shared homemade cassette copies.[12] Many Los Prisoneros compositions are among the most important and musically influential songs of Latin America, and Rock en español, particularly the songs "We Are Sudamerican Rockers", "Estrechez de corazón", and "Tren al Sur", and especially "El Baile De Los Que Sobran". The band went through several cast configurations and through several phases and cycles of playing together, dissolving and later reuniting.[13] In their first phase, 1983 to 1991, Los Prisioneros released four albums; three of them are included in the fifty best Chilean records according to Rolling Stone's Los 50 mejores discos chilenos según Rolling Stone. Placing third is La Voz De Los '80, ninth is Corazones and 15th is Pateando Piedras.[14] In early 1990, when Claudio Narea left the band, two new members were added: Robert Rodriguez, guitarist and vocalist from Arequipa, Peru (the only non-Chilean member of the band)[15] and Cecilia Aguayo (keyboard and chorus). By the end of 1991, they decided to dissolve resulting in a 10-year hiatus.[16] In 2001, their second phase began with a hits album titled Antologia, Su Historia, Y Sus Exitos, and a reunion concert at the Estadio Nacional Julio Martínez Prádanos performing for a total of almost 150,000 people (a feat which no other Chilean band has ever accomplished).[17] In 2003, after they recorded their album titled Los Prisioneros, Jorge González and Claudio Narea had a falling out, resulting in Narea bitterly leaving the band. González and Tapia continued performing, and recorded a cover album titled Los Prisioneros En Las Raras Tocatas Nuevas De la Rock & Pop(The Prisoners In The Strange New Playings of Rock & Pop) with Alvaro Henríquez from Los Tres band. In 2004, the band recorded Manzana (Apple) with new members Sergio "Coty" Badilla and Gonzalo Yáñez; and they go on tour of Canada, The United States, Mexico, Ecuador, Peru, Bolivia, Colombia, and Chile. On February 18, 2006, in Caracas, Venezuela the band performed their last concert. Jorge González moved to Mexico, leaving Tapia and Badilla in Chile. Although they're no longer active, their music continues to be relevant and popular in Latin America.