The greatest rock band in Mexico "El Tri" vs "Fobia" 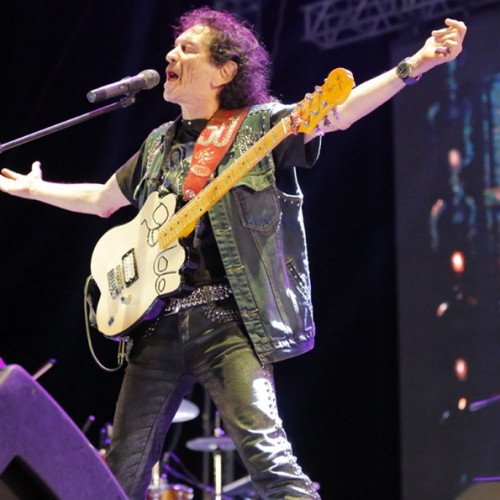 El Tri is a Mexican rock band from Mexico City fronted by Alex Lora. It is a spinoff of Three Souls in My Mind, formed in 1968. The group is regarded as influential in the development of Mexican rock music. Over the years, El Tri's sound has touched on several different styles including rock, psychedelic rock, hard rock, acoustic rock, blues-rock, and blues. The group has enjoyed moderate success garnering numerous gold-certified albums in Mexico. The name "Three Souls in My Mind", now commonly noted by its initials TSIMM, was initially chosen as a nod towards conventions for long band names in rock and roll.[1] Originally composed of Alejandro Lora on bass, Memo Berea on rhythm guitar and vocals, Ernesto de Leon on lead guitar, and Carlos Hauptvogel on drums, the band has been accompanied on some albums by Arturo Labastida on saxophone and Carlos Martinez on trumpet. Sergio Mancera also played guitar on some albums. They performed their first public engagement in October, 1968,[2] and released 15 albums on the RAFF record label before officially changing their name and lineup in 1985. As rock in Mexico was originally seen as 'unauthentic' when sung in Spanish, Three Souls mostly sang covers of American rock and blues songs in English. However, at the Festival de Avándaro, often called "Mexico's Woodstock", they crossed over, singing first in English, then in Spanish. From then on they recorded primarily in Spanish, writing most of their own songs. When asked why they switched to Spanish, Lora replied that it was important for the audience to understand the messages of the songs. While Three Souls had a popular following among the younger generation while singing in English, changing attitudes toward rock pushed the band to perform in the 'hoyos fonquis', where the lower classes held semi-chaotic rock shows."[3] Singing in his original language and for a new, energetic, young, and discontented audience, Lora's songs began reflecting more of the reality of the daily lives of average Mexicans. 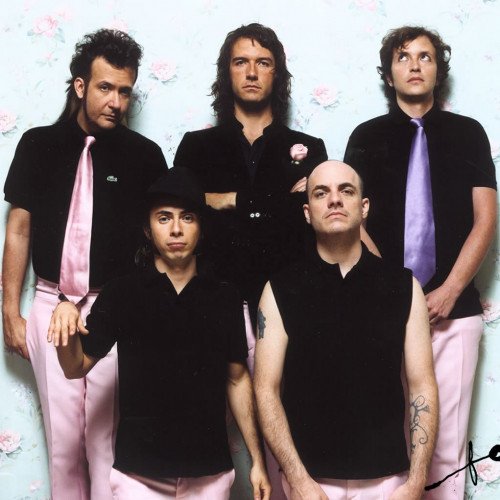 Fobia is a Mexican rock en español band from Mexico City. The band was formed in 1987 by Leonardo de Lozanne and Francisco "Paco" Huidobro, brother of Micky Huidobro of Molotov. The original lineup consisted of Lozanne, Huidobro, bassist Javier 'Chá!' Ramirez, keyboardist Iñaki Vazquez, and Gabriel Kuri on drums. Kuri was later replaced by Jorge ‘Chiquis’ Amaro who was followed by multi-instrumentalist Jay de la Cueva, (lead singer of the Mexican glam metal band Moderatto). Fobia was one of the original bands to emerge from the rock en español / Rock en tu idioma (Rock in your language) boom of the late 1980s, alongside Caifanes, Maná, Neón, Maldita Vecindad y los Hijos del Quinto Patio and Los Amantes de Lola; all of which followed in the footsteps of Soda Stereo – who by the late 1980s had amassed a huge following in the Americas. In December 1987, RCA Ariola de México held a "Rock en tu idioma" battle of the bands contest in Mexico City. Fobia was eliminated early on and Los Amantes de Lola went on to win the contest. In spite of their early elimination, executives from Ariola decided to schedule an appointment with Fobia. According to legend, the band missed their meeting with Ariola because they weren't able to enter the building due to problems with security. Following the incident, the band's luck improved. Saúl Hernández of Caifanes produced their first demos and Ariola eventually signed them.[1] Fobia's early sound, like many of the genre, was heavily influence by 80's new wave with a few notable exceptions: David Bowie and KISS. Fobia's music has always embraced the fantastic and eccentric and contains large doses of irony and humor. Fobia steered clear of the political and cultural themes that were embraced by their contemporaries. According to Lozanne, "I think it was more of a strategy of the record companies. We never felt like we were part of a movement. We didn't dress like the other bands. We didn't sing about the things they were singing about".[2] The name Fobia was chosen because it described the insecurities, fears, and personal obsessions of the band members. These were transformed into melodies and music, and materialized into their first songs; "El microbito", "La iguana" y "El crucifijo," which they played in small bars and at house parties.[3] Fobia's self-titled debut album Fobia cemented their reputation as an innovative and original rock en español act. Produced by Marteen, their self-titled album yielded classics such as “El Microbito,” “El Crucifijo,” and “La Iguana.” In 1990, Fobia toured with Caifanes, Maná, and Maldita Vecindad y los Hijos del Quinto Patio as part as a promotional tour for the emerging batch of Mexican rock bands.