The greatest rock band in Mexico "Maná" vs "Molotov" 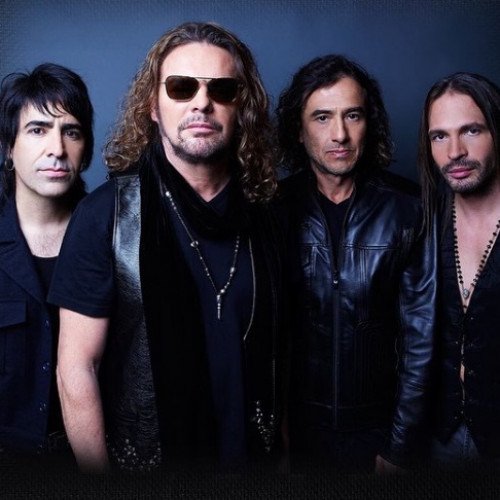 Maná (Spanish: [maˈna]) is a Mexican rock band from Guadalajara, Jalisco.[2][3][4] Maná is considered one of the best-selling Latin music artists with over 25 million records sold worldwide.[5] The group's current line-up consists of vocalist/guitarist Fher Olvera, drummer Alex González, guitarist Sergio Vallín and bassist Juan Calleros. Maná has earned four Grammy Awards, eight Latin Grammy Awards, five MTV Video Music Awards Latin America, six Premios Juventud awards, nineteen Billboard Latin Music Awards and fifteen Premios Lo Nuestro awards.[6][7][8] Maná has topped the all-time lists in much of Latin America and in their native Mexico, where they set landmarks in record sales and concert attendances.[7][8] The band formed in 1986 and released its first album, Falta Amor, in 1990. In 1992, the group released ¿Dónde Jugarán Los Niños?, which sold more than 10 million copies worldwide,[citation needed] (over 700,000 copies in the US alone) becoming the best selling Spanish-language rock album of all time. After several lineup changes, the group released Cuando los Ángeles Lloran (1995), which is noted for its stylistic departure from the band's previous work. Maná followed with Sueños Líquidos (1997), Revolución de Amor (2002), and Amar es Combatir (2006), which continued the group's success. The band followed up with Drama y Luz in April 2011. Their most recent album is Cama Incendiada, which was released in early 2015. The band's sound draws from pop rock, progressive rock, Latin pop, calypso, reggae and ska music genres. They initially received international commercial success in Latin America and Spain and have since gained popularity and exposure in the US and around the world. 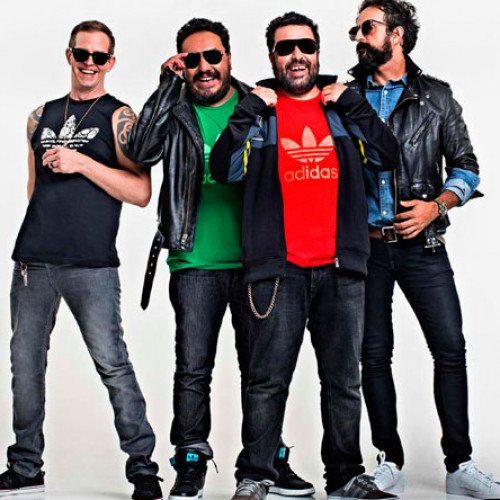 Molotov is a Mexican rap rock band formed in Mexico City in 1995. Their lyrics, which are rapped and sung by all members of the group, feature a mixture of Spanish and English. The band members also switch instruments and roles depending on what song they are performing. The band began in 1995 when two friends, Tito Fuentes (guitar) and Micky "Chicho" Huidobro (bass), started playing together. Javier de la "J" Cueva and Iván Jared "La Quesadillera" Moreno joined them in September of that year, becoming the first line up for the band. Moreno would eventually leave and be replaced by Randy Ebright, the only American member of the band, in October 1995.[2] In February 1996, de la Cueva would also leave. He was replaced by Paco Ayala, establishing the four-member lineup that has remained consistent over the years. Throughout 1996, the band played in many underground locations in Mexico City and began to gain a small group of fans. More success came when they opened for Héroes del Silencio in Monterrey and later for La Lupita in Puebla. During a concert at which they opened for Illya Kuryaki and The Valderramas, talent scouts from Universal Music Latin Entertainment offered them a record deal. It was a difficult period, with the band having to sell cassettes during their concerts while they prepared their debut album. In July 1997, they released their debut album ¿Dónde Jugarán las Niñas? The album took its name partly from Maná's album ¿Dónde Jugarán los Niños? This generated controversy, with stores refusing to sell it because of its lyrics and cover. Molotov went out to the street to sell their discs as a form of protest. The lyrics include a mixture of politics, sex, and expletives, which made it hard for Molotov to enter mainstream media. In 1998, they participated with the song "Payaso" in the album Volcán: Tributo a José José a tribute to legendary singer José José.