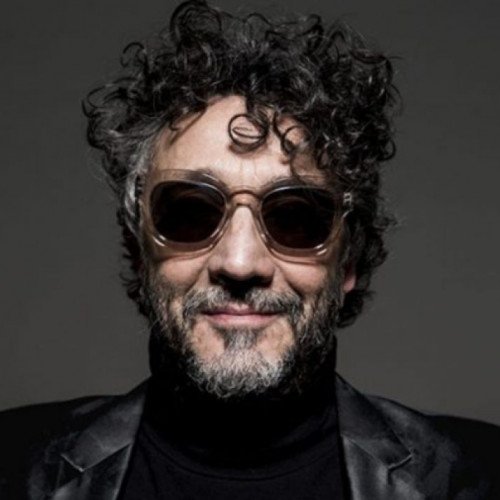 Rodolfo Páez Ávalos, popularly known as Fito Páez (Spanish pronunciation: [ˈfito ˈpaes]; born 13 March 1963), is an Argentine popular rock and roll pianist, lyricist, singer-songwriter and film director. Paez was born in Rosario, Santa Fe Province; his real name is Rodolfo Paez, like his father. When he was a child people called him "Rodolfito" (in Spanish, an affectionate form of "Rodolfo") to distinguish him from his father. With the passage of time, this nickname became just "Fito", and that is where his stage name came from.[1] He formed Staff, his first band when he was 13. In 1977, he played in El Banquete with Rubén Goldín and Jorge Llonch. He began to perform solo in pubs the following year. Straight out of high school, he began touring with several bands and soon after that produced his first solo album, Del '63, which was released in 1984. It was promoted first in his home town, but later earned attention in Buenos Aires. The recording was put together with the help of some of Argentina's most prominent musicians, including Daniel Wirtz, Fabián Gallardo, Tweety González and Paul Dourge. The disc won him critical acclaim as a songwriter and helped lead to future projects, including a 1985 album, Giros. The demo of that album earned him the praise of Luis Alberto Spinetta, as well as a partnership – Paez's next album, 1986's La La La was a duet with Spinetta. The duo supported that album with a tour that reached all the way to Santiago, Chile. The same year, he participated in the Thousand Days of Democracy festival. His 1987 recording, Ciudad de Pobres Corazones, marked a dark, political turn for his work. It was dedicated to the memory of his aunt and grandmother, who were assassinated in Rosario. Páez got his first taste of production work with Ey!, which was released in 1988. Recorded in New York City and Havana, it also showcased many musicians with whom he had worked previously. 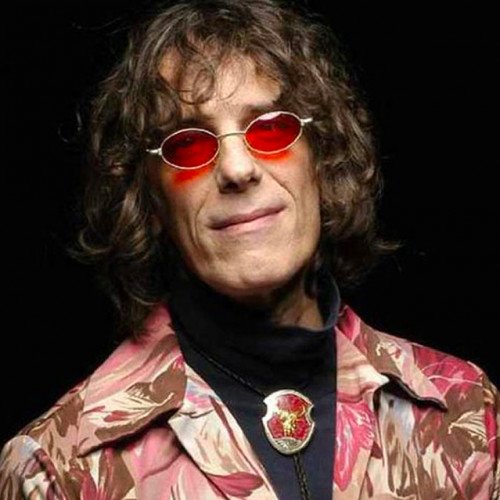 Luis Alberto Spinetta (23 January 1950 – 8 February 2012), nicknamed "El Flaco" (Spanish for "the skinny [one]"), was an Argentine singer, guitarist, composer and poet. One of the most influential rock musicians of Argentina, he is regarded as one of the founders of Argentine rock, considered the first incarnation of Spanish-language rock.[citation needed] Born in Buenos Aires in the residential neighbourhood of Belgrano, he was the founder of iconic rock bands including Almendra, Pescado Rabioso, Invisible, Spinetta Jade, and Spinetta y Los Socios del Desierto. Spinetta devoted himself fully to his own music. In his lyrics, there are influences of multiple writers, poets and artists like Arthur Rimbaud, Vincent van Gogh, Carl Jung, Sigmund Freud, Friedrich Nietzsche, Michel Foucault, Gilles Deleuze, Carlos Castaneda and Antonin Artaud, who has his name in the album Artaud.[1][citation not found] In December 2011 he announced that he had been diagnosed with lung cancer.[2][3] He died on 8 February 2012 at the age of 62.[4] His ashes were scattered in Buenos Aires in the waters of the Río de la Plata, according to his last wish. In the late 1960s, against the backdrop of the reactionary and authoritarian government of General Juan Carlos Onganía, Buenos Aires was undergoing a cultural blossoming of new artistic expressions; the new generation of the middle class was immersed in an effervescence that would not reappear in Argentina until the return to democracy in 1983. In 1969, Spinetta's band, Almendra, recorded their self-titled first album. They started recording and playing intensively and they became successful almost overnight. Almendra composed their own songs and their lyrics were written in Spanish, something which was still new for Argentine rock music. After two albums that were received with critical acclaim and continuous radio diffusion, the band split.