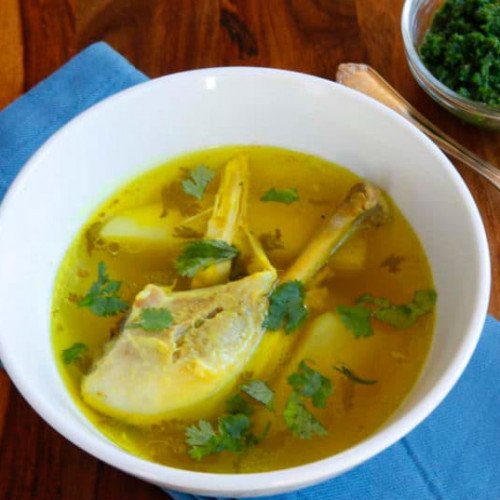 Zom is a traditional Yemenite Jewish soup that is most commonly served as part of the Yom Kippur break fast among those in the Yemenite Jewish community, mostly in Israel. 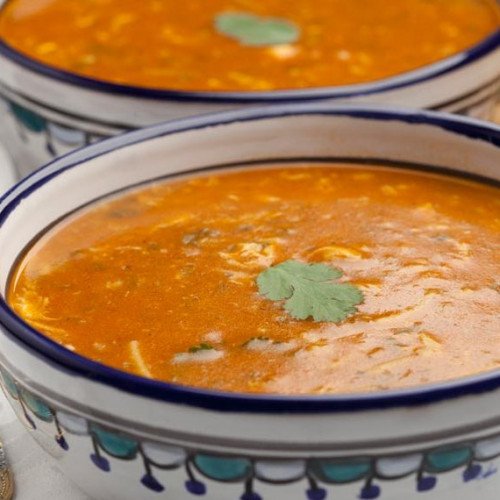 Harira (Arabic: الحريرة‎ al-ḥarīra, Berber languages: ⴰⵣⴽⵉⴼ azkif) is a traditional Moroccan and Algerian soup. It is popular as a starter but is also eaten on its own as a light snack. There are many variations and it is mostly served during Ramadan, although it can be made throughout the year.It is also part of the Maghrebi cuisine, where lemon juice and egg is added to brighten the flavors of the soup. Like Muslims, who traditionally have the filling soup for Iftar meals, Jews break their fast with it during Yom Kippur.