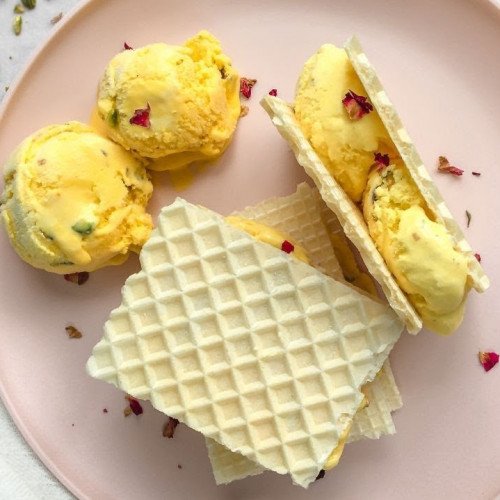 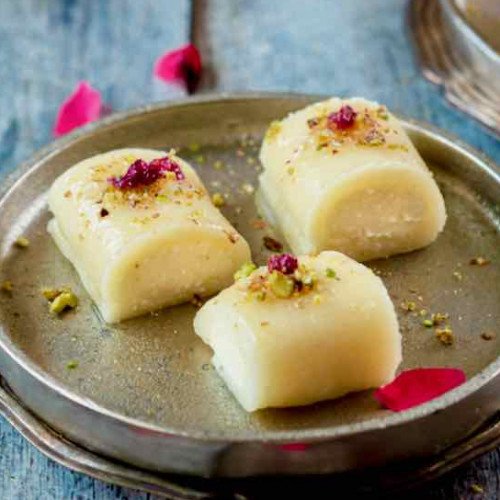 Halawet el-jibn (Arabic: حلاوة الجبن‎ / Ḥalāwat al-jibn) (cheese sweet) is a Levantine dessert made of a semolina and cheese dough, filled with cream. Its origin has been given as the city of Hama in Syria, though it is also claimed to be the city of Homs, where it is considered a specialty. It is found in other regions in the Middle East, including Lebanon, and has been brought by Syrian immigrants and refuguees to other countries such as Turkey and Germany.