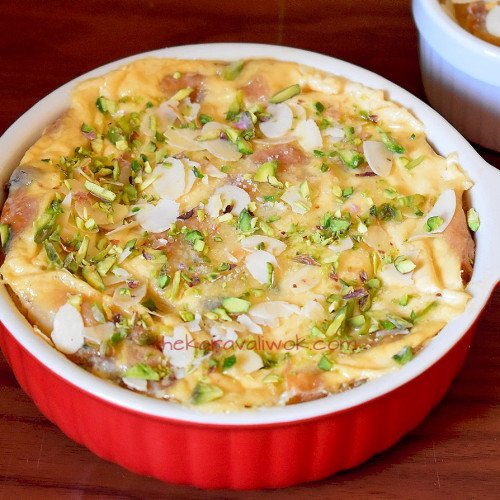 Om Ali, Omali, Umm Ali, or Oumm Ali (Egyptian Arabic: ام على‎), meaning "Ali's mother" is a traditional Egyptian dessert, and is a national dessert of Egypt. There are numerous variations with different composition. The name “Om Ali” is literally translated into the mother of Ali and it is traced back to Egypt's Ayyubid era. It is named after the wife of the ruler of the Ayyubid Empire in Egypt who asked her cooks to come up with the most delicious dessert they could create and distribute throughout the country, the chosen recipe became a national dish of Egypt. 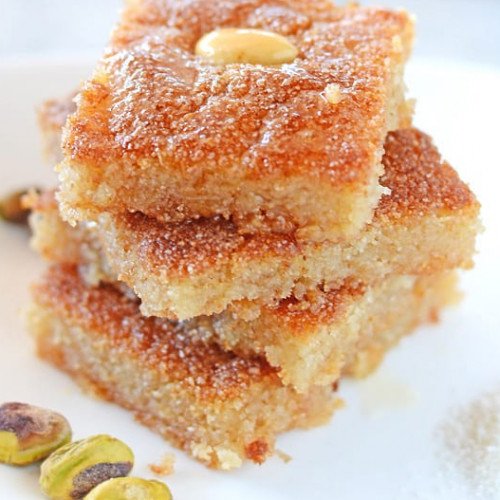 Basbousa (also namoura, revani, hareseh and other names) is a traditional Middle Eastern sweet cake that originated in Egypt, although it is also popular in other countries. It is made from a semolina batter and cooked in a pan, then sweetened with orange flower water, rose water or simple syrup, and typically cut into diamond shapes. It is found in most former areas of the Ottoman Empire, and is featured in Middle Eastern cuisines, Greek cuisine, Azerbaijani cuisine, Turkish cuisine, and many others.