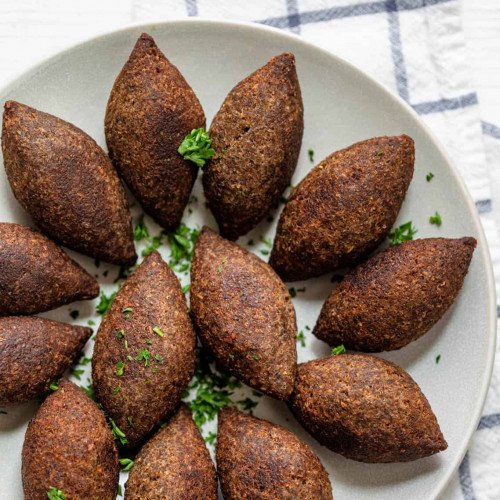 Kibbeh (, also kubba and other spellings; Arabic: كبة‎) is a family of dishes based on spiced ground meat, onions, and grain, popular in Middle Eastern cuisine.In Levantine cuisine, kibbeh is usually made by pounding bulgur wheat together with meat into a fine paste and formed into balls, with toasted pine nuts and spices. It may also be layered and cooked on a tray, deep fried, grilled, or served raw. In Iraq, versions with rice or farina are found. Some recipes add semolina.Kibbeh is considered to be a national dish of Lebanon and Syria, and is popular in Palestine, Jordan, and Cyprus. Versions are found in Egypt, Israel, Iraq, Iran, the Persian Gulf, Armenia, and Turkey. It is also found throughout Latin American countries that received substantial numbers of immigrants from the Levant during the late 19th and early 20th centuries, as well as parts of North America. 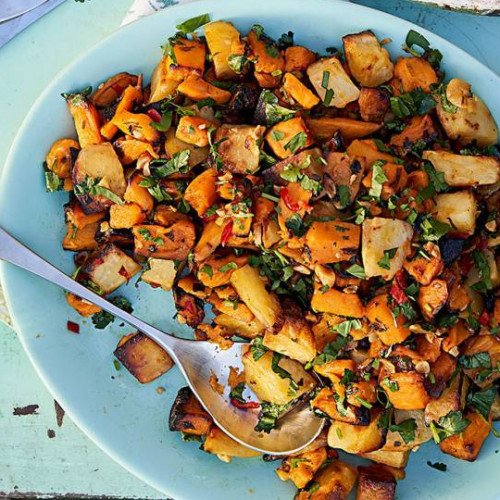 Batata harra (Arabic: بطاطا حارة‎) is a Lebanese vegetable dish. It consists of potatoes, red peppers, coriander, chili, and garlic which are all fried together in olive oil.