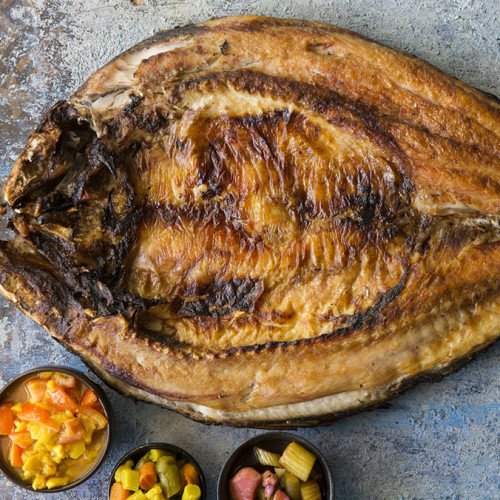 Masgouf (Arabic: المسكوف), is a Mesopotamian dish consisting of seasoned, grilled carp; it is often considered the national dish of Iraq. 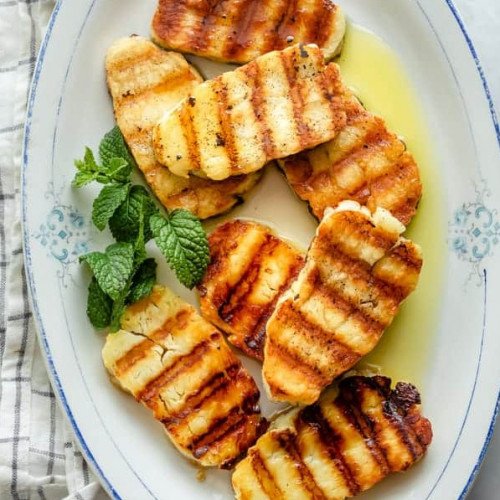 Halloumi or haloumi () is a semi-hard, unripened cheese made from a mixture of goat's and sheep's milk, and sometimes also cow's milk. It has a high melting point and so can easily be fried or grilled. This property makes it a popular meat substitute. Rennet (mostly vegetarian or microbial these days) is used to curdle the milk in halloumi production, although no acid-producing bacteria are used in its preparation.Halloumi is often associated with the island of Cyprus, where it has been produced by a multi-ethnic population for many centuries. It is also popular throughout the Eastern Mediterranean. It became widely available in Turkey after 2000. By 2013, demand in the United Kingdom had surpassed that in every other European country except Cyprus.