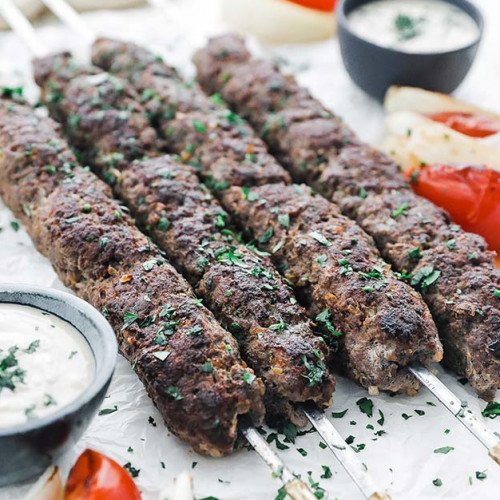 Kofta is a family of meatball or meatloaf dishes found in the Indian subcontinent, South Caucasian, Middle Eastern, Balkan, and Central Asian cuisines. In the simplest form, koftas consist of balls of ground meat - usually beef, chicken, lamb or mutton, pork, or a mixture - mixed with spices or onions. In Muslim cultures, pork is not commonly used. In many areas in India, beef is not commonly used. In Greece and Cyprus, vegetarian versions are known as hortokeftedes (Greek: χορτοκεφτέδες), and often eaten during fasting periods such as Lent. An uncooked version is also made in Turkey, called çiğ köfte. In India, vegetarian varieties may use potato, calabash, paneer, or banana. In Europe, kofta is often served in a fast-food sandwich in kebab shops. Koftas in India are usually served cooked in a spicy curry and are eaten with boiled rice or a variety of Indian breads. In Iran, Iraq, Pakistan and Azerbaijan, koftas are served with a gravy, as dry variations are considered to be kebabs. Shrimp and fish koftas are found in South India, West Bengal, and some parts of the Persian Gulf. 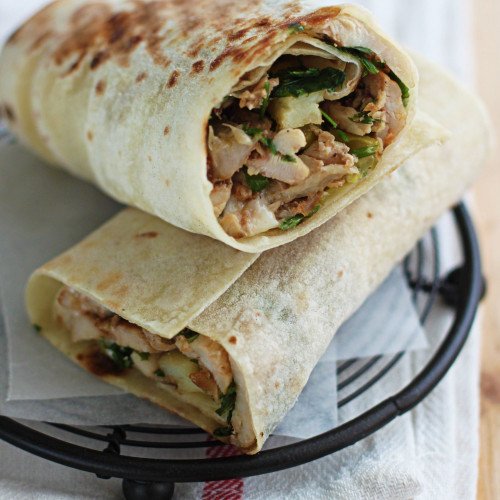 Shawarma (/ʃəˈwɑːrmə/; Arabic: شاورما‎) is a dish in Middle Eastern cuisine consisting of meat cut into thin slices, stacked in a cone-like shape, and roasted on a slowly-turning vertical rotisserie or spit. Originally made of lamb or mutton, today's shawarma may also be chicken, turkey, beef, or veal.[4][5][1] Thin slices are shaved off the cooked surface as it continuously rotates.[6][7] Shawarma is one of the world's most popular street foods, especially in Egypt, the countries of the Levant and the Arabian Peninsula, and beyond.[8]