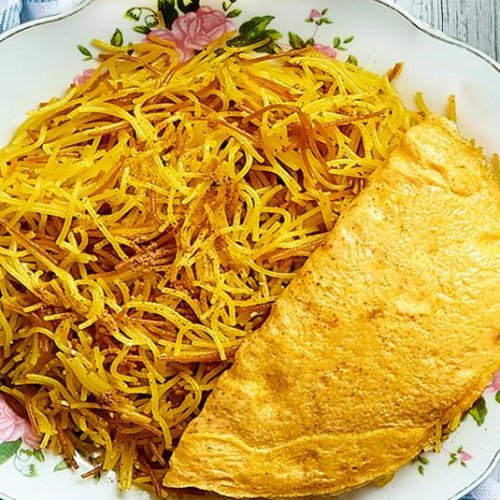 Balaleet (Arabic: بلاليط‎) is a traditional sweet and savoury dish popular in the Arab states of the Persian Gulf.A popular breakfast choice, it traditionally consists of vermicelli sweetened with sugar, cardamom, rose water and saffron, and served with an overlying egg omelette. It is sometimes served with sautéed onions or potatoes. The dish is especially served during the Islamic holidays of Eid al-Fitr as the first meal of the day. 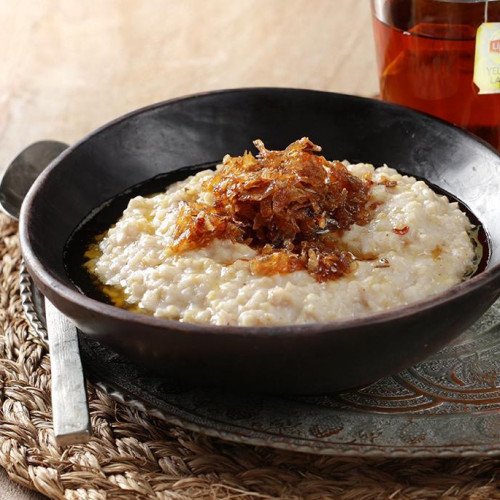 Harees, Jareesh (Arabic: هريس‎), boko boko, or harisa (Armenian: հարիսա, romanized: harisa) is a dish of boiled, cracked, or coarsely-ground wheat, mixed with meat and seasoned.[1] Its consistency varies between a porridge and a dumpling. Harees is a popular dish known in Arab states of the Persian Gulf, especially in the month of Ramadan, while harisa is an Armenian dish from the Ararat plain.