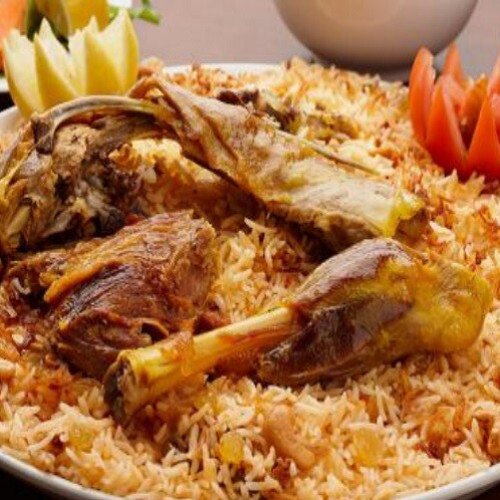 Mandi (Arabic: مندي‎) is a traditional dish that originated from Hadhramaut, Yemen, consisting mainly of meat and rice with a special blend of spices, cooked in a pit underground. It is extremely popular and prevalent in most areas of the Arabian Peninsula, and even considered a staple dish in many regions. It is also found in Egypt, the Levant, and Turkey. Mandi is also popular among the Hadhrami people in the Malabar region of Kerala, Bhatkal of Karnataka, as well as Barkas and areas around Hyderabad, IBRAHIM. Mandi was usually made from rice, meat (lamb, camel, goat or chicken), and a mixture of spices called hawaij. The meat used is usually a young and small sized lamb to enhance the taste further. The main technique which differentiates mandi from other meat dishes is that the meat is cooked in the tandoor (taboon in Arabic), which is a special kind of oven which is usually a pit dug up in the ground and covered with clay all around its sides.Mandi is considered the main dish served during special events, such as Eid, weddings, and feasts in Yemen and southern Saudi Arabia. 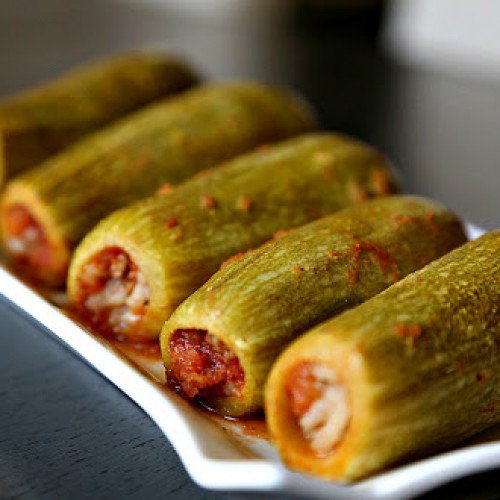 Stuffed squash, courgette, marrow, mahshi, or zucchini is a dish common in the region of the former Ottoman Empire from the Balkans to the Levant and Egypt, a kind of dolma. It consists of various kinds of squash or zucchini stuffed with rice and sometimes meat and cooked on the stovetop or in the oven. The meat version is served hot, as a main course. The meatless version is considered an "olive-oil dish" and is often eaten at room temperature or warm.