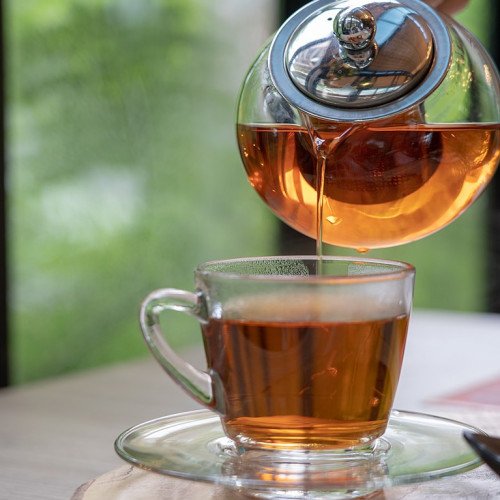 Tea is an aromatic beverage commonly prepared by pouring hot or boiling water over cured or fresh leaves of Camellia sinensis, an evergreen shrub native to East Asia. After water, it is the most widely consumed drink in the world. There are many different types of tea; some, like Darjeeling and Chinese greens, have a cooling, slightly bitter, and astringent flavour, while others have vastly different profiles that include sweet, nutty, floral, or grassy notes. Tea has a stimulating effect in humans primarily due to its caffeine content.The tea plant originated in the region encompassing today's Northeast India, north Myanmar, Southwest China and Tibet, where it was used as a medicinal drink by various ethnic groups. An early credible record of tea drinking dates to the 3rd century AD, in a medical text written by Hua Tuo. It was popularised as a recreational drink during the Chinese Tang dynasty, and tea drinking spread to other East Asian countries. Portuguese priests and merchants introduced it to Europe during the 16th century. During the 17th century, drinking tea became fashionable among the English, who started to plant tea on a large scale in India. The term herbal tea refers to drinks not made from Camellia sinensis: infusions of fruit, leaves, or other plant parts, such as steeps of rosehip, chamomile, or rooibos. These may be called tisanes or herbal infusions to prevent confusion with "tea" made from the tea plant. 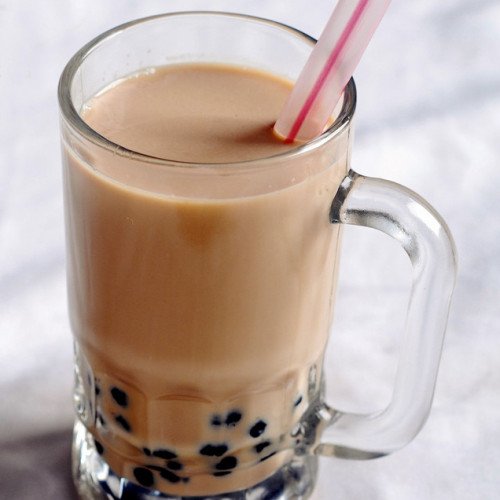 Bubble tea (also known as pearl milk tea, bubble milk tea, or boba; Chinese: 珍珠奶茶; pinyin: zhēn zhū nǎi chá, 波霸奶茶; bō bà nǎi chá; or 泡泡茶; pào pào chá in Singapore) is a tea-based drink. Originating in Taichung, Taiwan in the early 1980s, it includes chewy tapioca balls ("boba" or "pearls") or a wide range of other toppings.Ice-blended versions are frozen and put into a blender, resulting in a slushy consistency. There are many varieties of the drink with a wide range of flavors. The two most popular varieties are black pearl milk tea and green pearl milk tea.