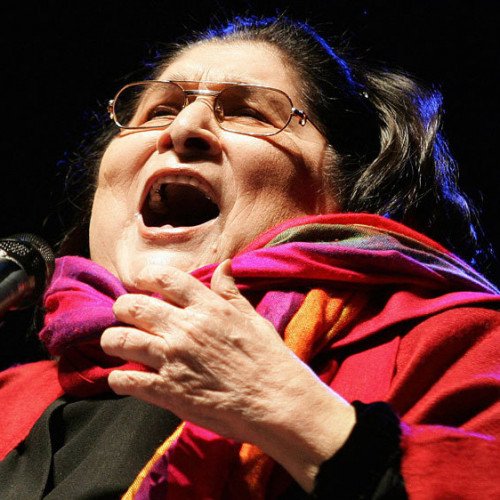 Haydée Mercedes Sosa (Spanish pronunciation: [meɾˈseðes ˈsosa]; 9 July 1935[1] – 4 October 2009), sometimes known as La Negra (literally: 'The Black One'), was an Argentine singer who was popular throughout Latin America and many countries outside the region. With her roots in Argentine folk music, Sosa became one of the preeminent exponents of La nueva canción . She gave voice to songs written by many Latin American songwriters. Her music made people hail her as the "voice of the voiceless ones".[2] Sosa performed in venues such as the Lincoln Center in New York City, the Théâtre Mogador in Paris and the Sistine Chapel in Vatican City, as well as sell-out shows in New York's Carnegie Hall and the Roman Colosseum during her final decade of life. Her career spanned four decades and she was the recipient of six Latin Grammy awards (2000, 2003, 2004, 2006, 2009, 2011), including a Latin Grammy Lifetime Achievement Award in 2004 and two posthumous Latin Grammy Award for Best Folk Album in 2009 and 2011. She won the Premio Gardel in 2000, the main musical award in Argentina. She served as an ambassador for UNICEF. Sosa was born on 9 July 1935, in San Miguel de Tucumán, in the northwestern Argentine province of Tucumán, of mestizo ancestry. She was of French, Spanish and Diaguita descent.[3] Her parents were Peronists, although they never registered in the party, and she started her career as a singer for the Peronist Party in Provincia Tucuman under the name Gladys Osorio.[4] In 1950, at age fifteen, she won a singing competition organized by a local radio station and was given a contract to perform for two months.[5] She recorded her first album, La Voz de la Zafra, in 1959.[5] A performance at the 1965 Cosquín National Folklore Festival—where she was introduced and brought to the stage while sitting in the audience by fellow folk singer Jorge Cafrune—[6] brought her to the attention of her native countrypeople.[5] Sosa and her first husband, Manuel Óscar Matus, with whom she had one son, were key players in the mid-60s nueva canción movement (which was called nuevo cancionero in Argentina).[7] Her second record was Canciones con Fundamento, a collection of Argentine folk songs. In 1967, Sosa toured the United States and Europe with great success. In later years, she performed and recorded extensively, broadening her repertoire to include material from throughout Latin America.

The greatest Argentine singer of all time 50 %
50 % She was great, but not the best 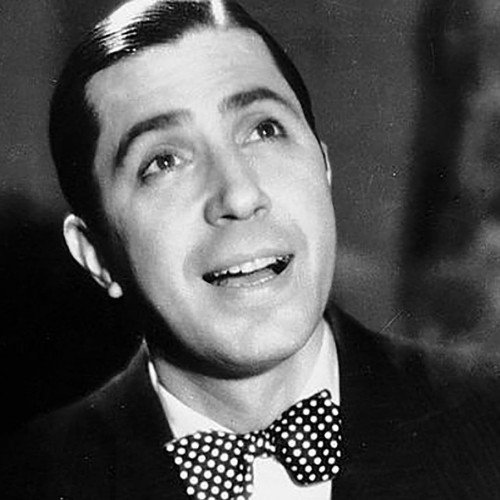 Carlos Gardel (born Charles Romuald Gardès; 11 December 1890 – 24 June 1935) was a French Argentine singer, songwriter, composer and actor, and the most prominent figure in the history of tango. He was one of the most influential interpreters of world popular music in the first half of the 20th century. Gardel is the most famous popular tango singer of all time and is recognized throughout the world even in the most remote places on the planet.[2][3][4][5] He was notable for his baritone voice and the dramatic phrasing of his lyrics. Together with lyricist and long-time collaborator Alfredo Le Pera, Gardel wrote several classic tangos. Gardel died in an airplane crash at the height of his career, becoming an archetypal tragic hero mourned throughout Latin America. For many, Gardel embodies the soul of the tango style. He is commonly referred to as "Carlitos", "El Zorzal" ("The Song thrush"), "The King of Tango", "El Mago" (The Wizard), "El Morocho del Abasto" (The Brunette boy from Abasto), and ironically "El Mudo" (The Mute). Gardel was born to unmarried 25-year-old laundress Berthe Gardès, the baby registered under the name Charles Romuald Gardès in Toulouse, France, on 11 December 1890.[1] The father of the baby boy was listed on his birth certificate as "unknown", but 11 days later Berthe Gardès signed a statement establishing the baby's father as Paul Laserre, a married man who left Toulouse a few months before the baby was born.[6] Berthe Gardès also left Toulouse, a little over a year later, likely to escape the social stigma of having a child born out of wedlock. In early 1893 in Bordeaux, France, mother and son boarded the ship SS Don Pedro and sailed to Buenos Aires, arriving on 11 March 1893. Berthe Gardès had her passport recorded upon arrival; she told immigration authorities that she was a widow. The two-year-old boy was recorded as Charles Gardès.[6] Gardel's mother settled at the western edge of the central San Nicolás district of Buenos Aires, at Calle Uruguay 162. She worked two blocks away on Calle Montevideo, pressing clothes in the French style, which commanded a relatively high price in the fashion-conscious city.[7] Gardel grew up speaking Spanish, not French, with friends and family calling him Carlos, the Spanish version of his French name, and often by the familiar diminutive form Carlitos.[8] Some time after 1918, Laserre traveled from France to Buenos Aires to ask Berthe Gardès, now called Doña Berta, whether she would like to legitimize her son by marrying Laserre. This would have disrupted her story about being a widow. Gardel told his mother that if she did not need this man in her life, neither did he, closing the matter with "I don't even wish to see him."

The greatest Argentine singer of all time 100 %
0 % He was great, but not the best