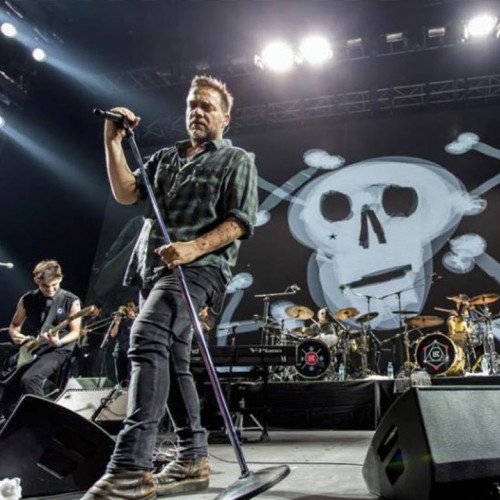 Los Fabulosos Cadillacs is an Argentine ska band from Buenos Aires. Formed in 1985, they released their first album, Bares y Fondas (Bars and Boardinghouses), in 1986 and have since released fourteen more albums. They are one of the most influential and most-referenced rock bands of the Latin rock world.[1] The band's sound is a mix of rock, ska, jazz, folk, reggae, funk and big band. It is also noted for its irreverent and humorous lyrics which often contain political undertones.[2] The line-up has changed throughout the years, but the core members have always been the co-founders: lead singer Gabriel Fernandez Capello (known as Vicentico) and bass player and backing vocalist Flavio Cianciarulo (known as Sr. Flavio). Vicentico and Sr. Flavio have done the majority of the songwriting and lyrics as well. Saxophonist Sergio Rotman, drummer Fernando Ricciardi and keyboardi player Mario Siperman have also been in all line-ups of the band. Trumpeter Daniel Lozano joined in 1986, replacing Serguei Itzcowick. Another saxophonist, Naco Goldfinger was in the band from 1985 to 1991. Guitarist Aníbal Rigozzi was a founding member and left the group in 1996 to be replaced by Ariel Minimal, who left the group in 2008. Trombonist Fernando Albareda was in the band from 1991 to 2008. Percussionist Luciano Giugno was also a founding member, leaving in 1989. His replacement, Gerardo Rotblat joined in 1991; he died in 2008. The band, which collaborated with some music stars such as Mick Jones, Debbie Harry, Celia Cruz, Rubén Blades and Fishbone, received the MTV Latino Video Music Award in 1994 for the single "El Matador", in what probably was the peak of popularity of the band. The song made an appearance on the soundtracks for the movies Savages, Grosse Pointe Blank and The Matador. On September 29 of that year they produced an MTV Unplugged concert. The Cadillacs also won the 1998 Grammy Award for Best Latin Rock/Alternative Album, and were nominated in the 2000 Latin Grammy Awards for Best Band and Best Music Video ("La Vida"), which received the now-defunct International Viewer's Choice Award (Southern Region) at the 2000 MTV Video Music Awards.

The greatest rock band in Argentina 100 %
0 % They are good, but not the best 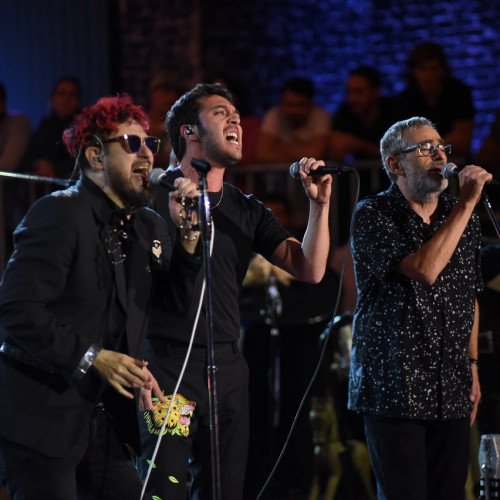 Los Auténticos Decadentes (Spanish for "The Authentic Decadents") is an Argentine band that mixes ska with Latin American rhythms. The band was formed around the year 1986 by Cucho and Nito, who invited Gastón to join them. Their first hit was Veni Raquel, which set the tone for the irreverence and ironic humor of their later lyrics. Many of their songs are classic anthems of the Argentine nightlife, such as Corazón, Loco (Tu Forma de Ser), Entregá el Marrón, La Guitarra and El Murguero. For some of their hit songs and videos, the Decandentes have engaged many Argentine icons such as former soccer referee Guillermo Nimo and the later candombe singer Alberto Castillo. As they draw from traditions such as canzonetta, murga bands and cantina songs, they are popular with many generations. Gustavo "Cucho" Parisi - vocals Jorge Serrano - guitars, vocals, choirs and pinkillo Diego Demarco - guitars, vocals, choirs Nito Montecchia- guitars, choirs Gastón "Francés" Bernardou - percussion, effects and synthesisers Martín "La Mosca" Lorenzo - percussion and choirs Daniel Zimbello - trombone Pablo Armesto - bass guitar and choirs Pablo Rodriguez - saxophone, flute and pincullo Eduardo Tripodi - percussion and choirs Mariano Franceschelli - drums, bass guitar, percussion and choirs Guillermo "Capanga" Eijo - trumpet and choirs Occasional guest: Claudio Carrozza - keyboards.

The greatest rock band in Argentina 0 %
100 % They are good, but not the best