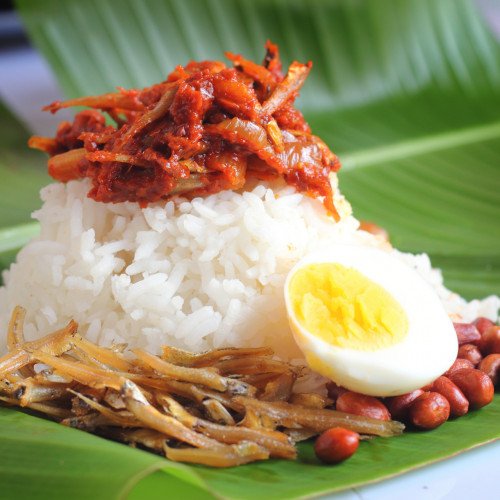 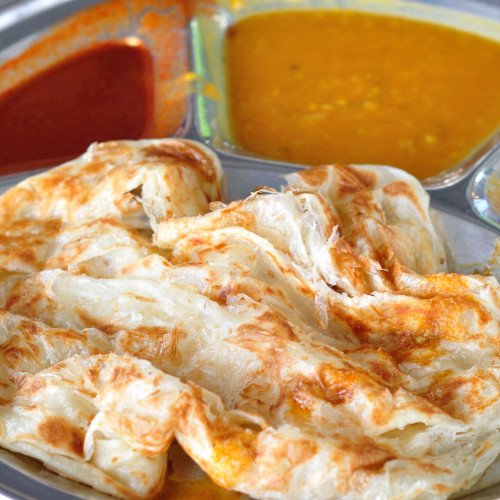 Roti canai (pronunciation: /tʃanaɪ/), or roti chenai, also known as roti cane (/tʃane/) and roti prata, is an Indian-influenced flatbread dish found in several countries in Southeast Asia, including Brunei, Indonesia, Malaysia and Singapore. It is usually served with dal or other types of curry, but can also be cooked in a range of sweet or savoury variations made with a variety of ingredients such as meat, egg, or cheese. Roti canai is a popular breakfast and snack dish in Malaysia, and one of the most famous examples of Malaysian Indian cuisine. It is said that the dish was brought over from India by Indian Muslims, also known as "Mamaks" in Malaysia, and is served in Mamak stalls located in both rural and urban Malaysia.It is considered as a variation of parotta and does exist in Kerala, India. The closest kin to roti canai is believed to be Malabar parotta.