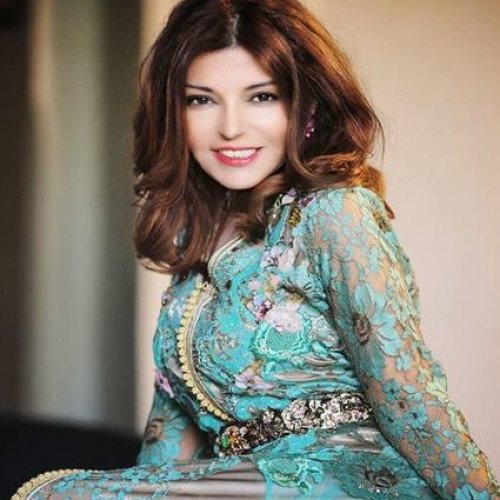 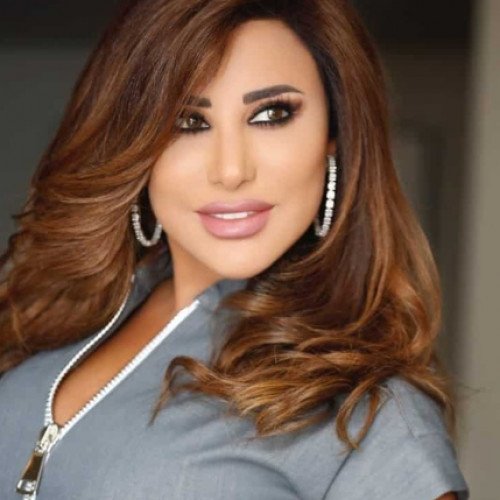 Najwa Karam (Arabic: نجوى كرم‎ Lebanese pronunciation: [ˈnaʒwa ˈkaɾam], born 26 February 1966) is a Lebanese singer, songwriter, and fashion icon. Karam has created her own style which blends traditional and contemporary Arabic music and has helped spread the Lebanese dialect in Arabic music. Najwa Karam was the highest-selling Middle Eastern artist in 1999, 2000, 2001, 2003, and 2008. She is known for her vocal powerhouse Mawwal talents and has gained an international audience due to her distinct blend of traditional Lebanese music and contemporary sounds. In 2011, Karam debuted as a judge on the reality competition television series, Arabs Got Talent; she has since appeared on all six of its seasons. In 2017, Forbes Middle East ranked Karam number 5 on the list of "The Top 100 Arab Celebrities" with over 26.58 million social media followers. In 2018, Cosmopolitan included Karam on their list of "The 15 Most Inspiring Women In The Middle East", and Forbes included her on their list of the "Top 10 of Arab Stars On The Global Stage". Karam rose to stardom throughout the 1990s, earning the moniker, Shams el-Ghinnieh ("The Sun of Song"), from her eponymous album. Her other successful '90s albums include Naghmet Hob, Ma Bassmahlak, Maghroumeh, and Rouh Rouhi. In 2000, Karam's tenth album Oyoun Qalbi became her highest-selling album. In 2001 her album Nedmaneh sold millions of copies worldwide, earning Karam a Murex d'Or award for Best Arabic Artist and Rotana Records awards including, Artist of the Year, Album of the Year, and Highest-Selling Album of the Year. By the time her album Saharni was released in 2003, she had established herself as one of the most prominent Lebanese singers and as a Middle Eastern pop icon. Throughout the late 2000s, Karam's commercial success endured via her albums, Hayda Haki, Am Bemzah Ma'ak, and Khallini Shoufak. Karam frequently worked with the renowned musician and composer Melhem Barakat and collaborated with the legendary singer, Wadih el Safi on their critically acclaimed 2004 duet titled, W Kberna ("We Grow Old Together"). In 2011, Karam collaborated with Sony Entertainment and Rotana to produce the Arab World's first 3D music video for her song, "Ma Fi Noum" from her record Hal Layle... Ma Fi Nom. In 2012, Karam walked the Red Carpet at the 65th Cannes Film Festival. Karam has since released well-received singles and music videos as well as her latest studio album, Menni Elak, in 2017. She continues to perform throughout the Arab world and internationally.