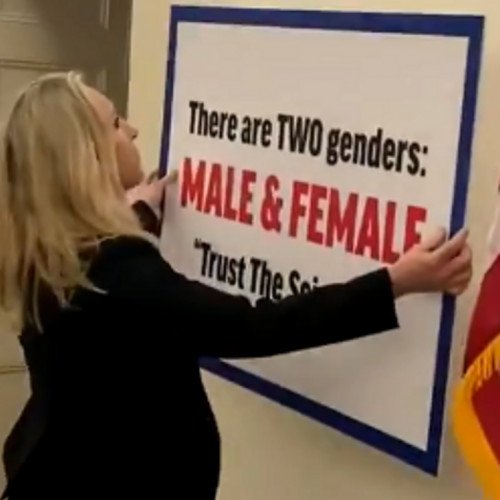 Rep. Marjorie Taylor Greene, the freshman congresswoman whose support for QAnon and other extremist conspiracy theories has made her a flashpoint in the House, is facing condemnation again for putting up a sign denying the existence of transgender identities — across the hall from another congresswoman who has a transgender child. The Republican from Georgia’s back-and-forth with Rep. Marie Newman, D-Ill., started with Newman's remarks on the House floor about the Equality Act. The legislation protecting the civil rights of LGBTQ Americans passed the House on Thursday. 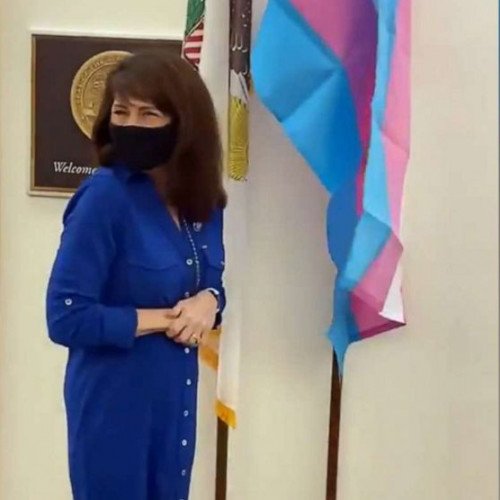 n response, Newman displayed a transgender pride flag outside her office and posted a video of her putting it up, saying she wanted Greene to see it. Newman later told New York Magazine that she put up the flag to send a message to a “bully.” “I’m going to put this flag here so you can see it every day and see about your actions and your hate and your disrespect. So that’s all that was meant to do. It was just making a statement,”