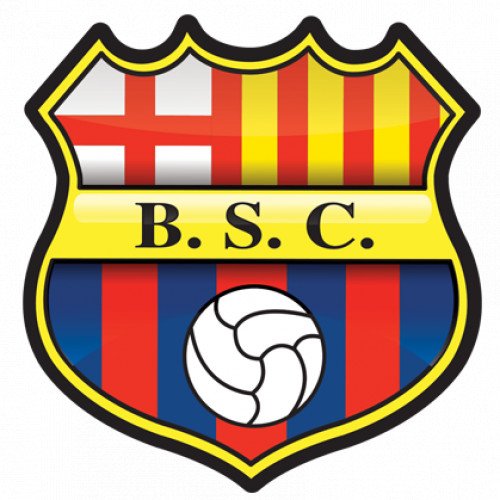 Barcelona Sporting Club (Spanish pronunciation: [baɾseˈlona]) is an Ecuadorian sports club based in Guayaquil, known best for its professional football team. Internationally known as Barcelona de Ecuador or Barcelona de Guayaquil, in Ecuadorian land it is simply referred as Barcelona or El Idolo (BSC). They currently play in the Ecuadorian Serie A, the highest level of football in the country, and hold the distinction of being the only club in Ecuadorian top flight to not have played in the Serie B.[1] *Barcelona was relegated to the 2d Division for the 1959 season, but the team Union Deportivo Valdez suddenly decided to withdraw from the Federation and that available spot allowed Barcelona to remain in the 1st Division. Barcelona de Guayaquil is the most successful football team in Ecuador, having won the Serie A title a record 16 times, most recently in 2020. They have also won six regional titles (five in the professional era), and were the first Ecuadorian club to make it to the Copa Libertadores finals, but lost on both occasions, which were commemorated with two black stars above the badge of the 2007 shirt and removed after Liga de Quito won the 2008 Copa Libertadores Final. It is claimed that Barcelona de Guayaquil was founded on 1 May 1925, by Eutimio Pérez, a Spanish immigrant who named the club after his home city of Barcelona. There is no documentation to prove that claim, but others believe that the name was taken from the famous Spaniard team, FC Barcelona founded in 1899. Since then, Barcelona de Guayaquil has become the most popular club in the country. The club holds a long-standing rivalry with Emelec, where matches between the two teams are referred to as "El Clásico del Astillero". The club plays their home matches in Estadio Monumental Banco Pichincha, the largest stadium in the country. In addition to football, the club has teams in professional basketball, bowling, boxing, swimming, volleyball, baseball, athletics, and tennis. In 2008, its basketball team was the champion in the Ecuadorian National Basketball League. 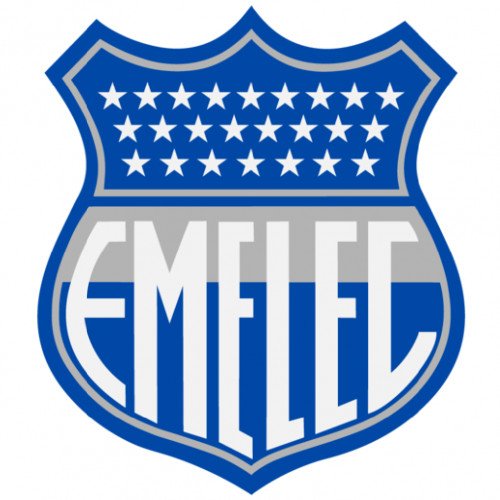 Club Sport Emelec is an Ecuadorian sports club based in Guayaquil that is best known for their professional football team. The football team plays in the Ecuadorian Serie A, the highest level of professional football in the country. Emelec has won fourteen Serie A titles, holding the record of doing so in all decades in which the Serie A has been played. They also have won seven regional titles (record in their region), a record-tying 5 of them in the professional era. Emelec was founded on April 28, 1929 by George Capwell, the American head of the Electric Company of Ecuador (Spanish: Empresa Eléctrica del Ecuador), from which the club is named after. The name of their home stadium pays homage to the club's founder. The club's most intense rivalry is with crosstown-team Barcelona. Matches between the clubs are known as El Clásico del Astillero. In 1957, the club became the first national champions in football with a "dream team" that included Derek Haack, Cipriano Yu Lee, José Vicente Balseca, Cruz Ávila, Mariano Larraz, Carlos Alberto Raffo, Jaime Ubilla, Daniel Pinto, Rómulo Gómez and Suárez-Rizzo; they were coached by Eduardo "Tano" Spandre. Since then, they have accumulated thirteen more national titles, placing them 2nd in the national title count behind Barcelona with 15 titles and followed by El Nacional with 13. They have also won seven local titles (two in the amateur area and five in the professional era). In the 1990s, the football team saw success internationally. In 1995, they reached the semi-finals of the Copa Libertadores; they lost to eventual champions Grêmio. In 2001, the team was close to becoming the first Ecuadorian club to win an international title when they were a finalist in the 2001 Copa Merconorte. In the finals, they lost to Millionarios 3–1 on penalty kicks after tying on aggregate 2–2.