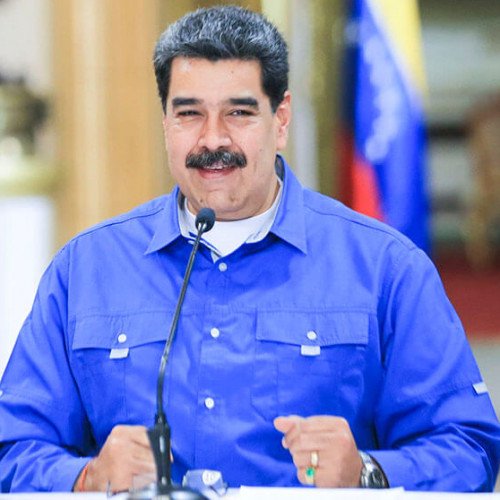 Nicolás Maduro Moros (; Spanish pronunciation: [nikoˈlas maˈðuɾo ˈmoɾos] (listen); born 23 November 1962) is a Venezuelan politician and president of Venezuela since 2013, with his presidency under dispute since 2019. Beginning his working life as a bus driver, Maduro rose to become a trade union leader before being elected to the National Assembly in 2000. He was appointed to a number of positions under President Hugo Chávez and was described in 2012 by the Wall Street Journal as the "most capable administrator and politician of Chávez's inner circle". He served as Minister of Foreign Affairs from 2006 to 2013 and as Vice President of Venezuela from 2012 to 2013 under Chávez. After Chávez's death was announced on 5 March 2013, Maduro assumed the presidency. A special presidential election was held in 2013, which Maduro won with 50.62% of the vote as the United Socialist Party of Venezuela candidate. He has ruled Venezuela by decree since 2015 through powers granted to him by the ruling party legislature.Shortages in Venezuela and decreased living standards led to protests beginning in 2014 that escalated into daily marches nationwide, repression of dissent and a decline in Maduro's popularity. According to The New York Times, Maduro's administration was held "responsible for grossly mismanaging the economy and plunging the country into a deep humanitarian crisis" and attempting to "crush the opposition by jailing or exiling critics, and using lethal force against antigovernment protesters". An opposition-led National Assembly was elected in 2015 and a movement toward recalling Maduro began in 2016; Maduro maintained power through the Supreme Tribunal, the National Electoral Council and the military. The Supreme Tribunal removed power from the elected National Assembly, resulting in a constitutional crisis and protests in 2017. On 1 April 2017, the Supreme Tribunal reversed its decision, thereby reinstating the powers of the National Assembly. Maduro called for a rewrite of the constitution, and the Constituent Assembly of Venezuela was elected in 2017, under what many—including Venezuela's chief prosecutor Luisa Ortega and Smartmatic, the company that ran the voting machines—considered irregular voting conditions; the majority of its members were pro-Maduro. On 20 May 2018, presidential elections were called prematurely; opposition leaders had been jailed, exiled or forbidden to run, there was no international observation, and tactics to suggest voters could lose their jobs or social welfare if they did not vote for Maduro were used. Multiple nations did not recognize the Constituent Assembly election or the validity of Maduro's 2018 reelection; the Canadian, Panamanian, and the United States governments sanctioned Maduro.Maduro has been described as a "dictator", and an Organization of American States (OAS) report determined that crimes against humanity have been committed during his presidency. According to estimations by the United Nations (UN), under Maduro's administration, more than 9,000 people have been subject to extrajudicial killings and more than four million Venezuelans have been forced to flee the country. China, Cuba, Russia, Iran, and Turkey support Maduro and denounce what they call interference in Venezuela's domestic affairs. AP News stated that "familiar geopolitical sides" had formed in the Venezuelan presidential crisis, with Russia, China, Iran, Syria, and Cuba supporting Maduro, and the US, Canada, and most of Latin America and Western Europe supporting Guaidó as interim president. Amid widespread condemnation, President Maduro was sworn in on 10 January 2019, and the president of the National Assembly, Guaidó, declared himself interim president on 23 January 2019. Maduro's government states that the crisis is a "coup d'état led by the United States to topple him and control the country's oil reserves." Guaidó denies the coup allegations, saying peaceful volunteers back his movement. Following a failed military uprising on 30 April 2019, representatives of Guaidó and Maduro began mediation, with the assistance of the Norwegian Centre for Conflict Resolution. On 26 March 2020, the U.S. Department of Justice indicted Maduro on charges of drug trafficking and narco-terrorism, and the Department of State offered a $15 million reward for information that help "bring him to justice". 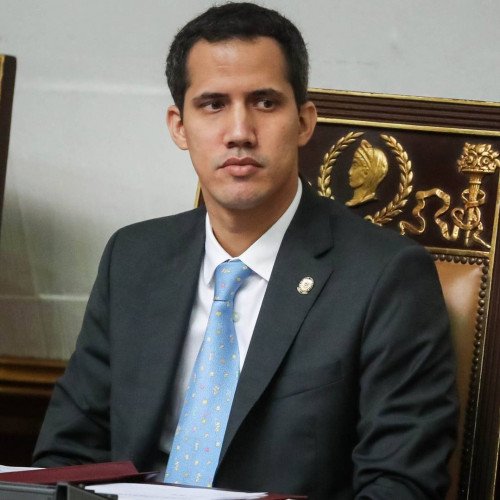 Juan Gerardo Guaidó Márquez[a] (born 28 July 1983) is a Venezuelan politician, a former member of the social-democratic Popular Will party,[2] federal deputy to the National Assembly representing the state of Vargas. On 23 January 2019, Guaidó and the National Assembly declared he was acting President of Venezuela (Spanish: Presidente encargado de Venezuela), starting the Venezuelan presidential crisis by challenging Nicolás Maduro's presidency. Guaidó's political career began when he emerged as a student leader in the 2007 Venezuelan protests. He then helped found the Popular Will party with Leopoldo López in 2009,[3] and was elected to be an alternate deputy in the National Assembly one year later in 2010.[3][4] In 2015, Guaidó was elected as a full-seat deputy.[5] Following a protocol to annually rotate the position of President of the National Assembly among political parties, Popular Will nominated Guaidó for the position in 2019.[3] Guaidó has been a key figure in the Venezuelan presidential crisis, which began when the National Assembly, which considered the 2018 Venezuelan presidential election illegitimate, refused to recognize the inauguration of Nicolas Maduro to a second presidential term on 10 January 2019. Just 18 days after he was chosen to lead the Assembly, Guaidó announced, on 23 January 2019, that he was formally assuming the role of interim president under Article 233 of the Constitution of Venezuela, with the backing of the National Assembly, until free elections could be held.[6][7][8] He has received formal recognition of legitimacy from almost 60 governments worldwide, including the United States, Canada and various Latin American and European countries as well as from the Episcopal Conference of Venezuela.[9] Other nations, including Russia, China, South Africa, Iran, Syria, Cuba and Turkey have continued to recognize Maduro. As of January 2021, Guaidó has been unable to unseat Maduro from power, who has remained in control of the military, government bureaucracy, and state enterprises.[10] In addition, the Maduro administration has prohibited Guaidó from leaving the country, has frozen his Venezuelan assets, has launched a probe accusing Guaidó of foreign interference,[11] and has intimated threats of violence.[12][13][14] In January 2020, security forces prevented Guaidó and other congress members from entering the legislative palace during an internal election to choose the board of directors. A majority of lawmakers held an "emergency meeting" in the headquarters of the newspaper El Nacional and voted to reelect Guaidó as their leader, with a sworn in ceremony inside the parliament a day later,[15] while the remaining lawmakers at the legislative palace elected Luis Parra, a dissident opposition congressman.[16][17] Security forces have denied Guaidó and opposition lawmakers access to parliament many times since.[18] Domestically, Guaidó's actions have included a proposed Plan País (a plan for the country), an amnesty law for military personnel and authorities who turn against the Maduro government,[19] attempts to deliver humanitarian aid to the country,[20] and social bonuses for health workers during COVID-19 pandemic.[21][22] Regarding international affairs, his administration has received control of some Venezuelan assets and property in the United States[20] and United Kingdom,[23] and has appointed diplomats recognized by supportive governments.[6] In 2019, he established a Strategic Committee to investigate scenarios for achieving the removal of Maduro from office, including by force.[24][25] Guaidó was included in the 2019 Time 100 list.[26]